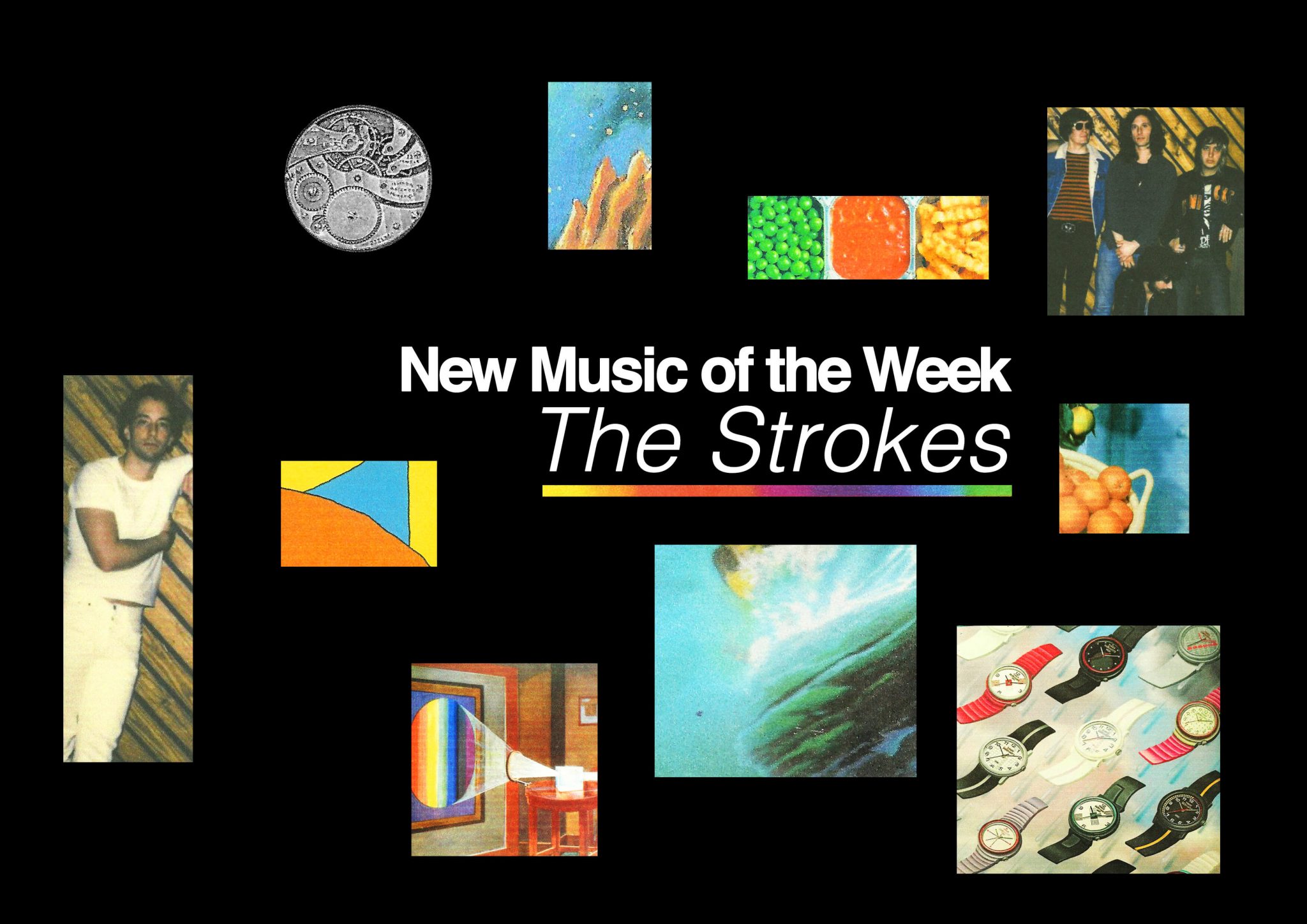 More than three years have passed since The Strokes released fifth studio album ‘Comedown Machine’; which saw the band fulfil the contractual obligations of a twelve-year, five-album relationship with label RCA Records signed way back in 2001. Though critics and fans alike have feared the end of The Strokes at numerous checkpoints over the course of their eighteen year tenure, in 2016 we find the New York-based band – made up of all original members Julian Casblancas, Nick Valensi, Albert Hammond Jr., Nikolai Fraiture and Fabrizio Moretti – entering into a new phase.

Free of the constraints of longtime major-label RCA, they release their first new material since 2013 in the form of a four-song EP titled ‘Future Present Past’ through Julian Casablancas’ own record label Cult Records. Founded in 2009, Cult Records have released music by the likes of The Virgins, Karen O, Cerebral Ballzy, as well as Albert Hammond Jr. and Julian Casblancas solo material.

On ‘Future Present Past’, Casablancas and co. deliver a set of sultry and soul-satisfying songs that confirm the band as an ever relevant, forward-moving and most importantly, entirely listenable troupe – a difficult feat to keep up for nearly two decades.

The EP consists of three new songs, ‘Drag Queen’, ‘OBLIVIOUS’ and ‘Threat of Joy’, as well as a remix of ‘OBLIVIOUS’ by drummer Fabrizio Moretti. Recorded in New York and Austin, Texas with producer Gus Edberg during the past year, it is a welcome taste of one of America’s greatest bands while they prepare their tentative sixth studio LP.

‘Drag Queen’ is dark, warm and gothic, with a cutting and swaggering synth line that evokes tones of Casblancas solo work, and a chorus that makes you feel like you’re in the final level of a video game, battling against a boss.

Trills and all, ‘OBLIVIOUS’ finds The Strokes in their most traditional and glorious form. The middle-eight arpeggios take us gliding straight back to the early-noughties, and echoes ‘Discovery’-era Daft Punk. The Strokes trademark tight, meticulous and intertwined musicality is evident and heartwarming.

A mid-tempo, middle finger to the bad times, ‘Threat of Joy’ is the catchiest of the songs on the EP, and spits attitude from Casablanca’s opening monologue, and continues; “I’m gonna take my time to say, take my time today.” The main guitar rhythm is an infectious staccato pulse that hooks the brain in, and showcases The Strokes sounding content and victorious, having found their way despite the many obstacles they have faced in nearly two decades together.

Final song ‘OBLIVIOUS (Moretti Remix)’ sees drummer Moretti take the archetypal-sounding-Strokes instrumental track for ‘OBLIVIOUS’ and replace it with a track that fuses the the melodies of the original version with a sound that could only be described as ‘electronic-goth’, reminiscent of The Cure in some of its sonic qualities.