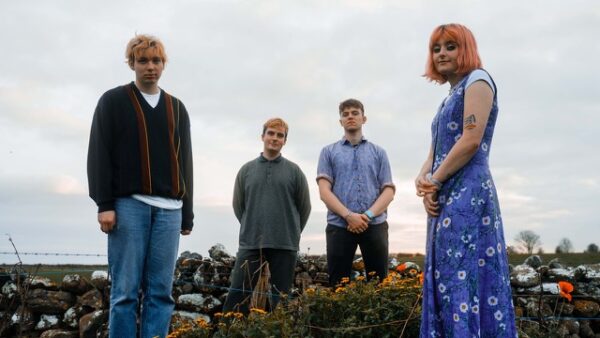 Watching your nearest and dearest spiral is hard, feeling like no more than a bystander, a morbid spectator that can do little else other than observe. The latest release from NewDad takes a darker turn in its exploration of just that.

The opening of ‘I Don’t Recognise You’ wouldn’t be misplaced in a teen movie starring 00’s Kirsten Dunst but it quickly becomes apparent that clear lip-gloss and home-coming queens aren’t the subject matter here. The narrative unfolds at the helm of Julie Dawsons’ tender voice as she poignantly describes the “madness in your eyes” and the resulting confusion, questioning and dolour that comes within this sensitive realm. A heavy subject matter that has been carefully unpacked and meticulously engulfed in the warmth and strength of shining guitar and the undercurrent of bass and burly drums that serve as pillars of support.

Sounding just as good, if not better, than previous releases, they’re well and truly immersed in tinges of shoegaze and fuzzy-alt-rock goodness. Galway’s NewDad have courageously ventured to tackle something heartier, which serves twofold as a beautiful track and subtle reminder to check-in on the ones you love.