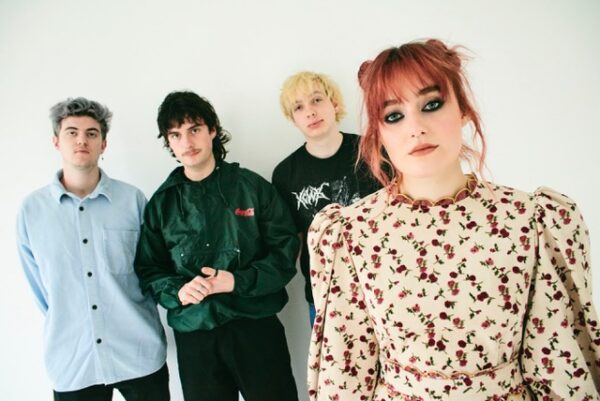 After last years well-received EP ‘Waves’, NewDad pick up the pace for their new single ‘Say It’ ahead of their second EP ‘Banshee’, out 9th February via Fair Youth Records.

Exasperated guitar melodies rush past my head as I lean out the window of my BFF’s Ford Fiesta, she’s taking me to the beach to forget my romantic troubles. This is the world that ‘Say It’ has put me in. It’s a song that glimmers somewhere between bitterness and zeal, operating in a space where everyone is the main character. The Irish band are still frustrated at a nameless lover but this time in a fun way, hurling accusations of reluctance over an impatient instrumental which breezes past the moodiness of previous releases.

Whilst Julie Dawson’s lyrics show the rare maturity of withholding just enough emotion (for fear of lack of reciprocation), NewDad’s perfect jangle is anything but self-censoring. Highlight line ‘No, you don’t like me at all/You just wanna see me fall for you’ channels Lush era Snail Mail, just before a breakdown of gunshot snares lead into the last chorus. ‘Say It’ has NewDad sounding more confident and more ambitious.

Judging by the fade-able vocalisations in the outro, and the first chorus being just twenty seconds in, it seems that NewDad are swapping teenage bedrooms for festival crowds. They have served us MSG-laced Indie-Pop with all the trimmings; broken guitar chords, rack-tom fills, and even a cheeky cuss.

‘Say It’ embodies the restlessness that can come from growing up in a small city such as Galway, and this newfound radiance, will be their ticket out.