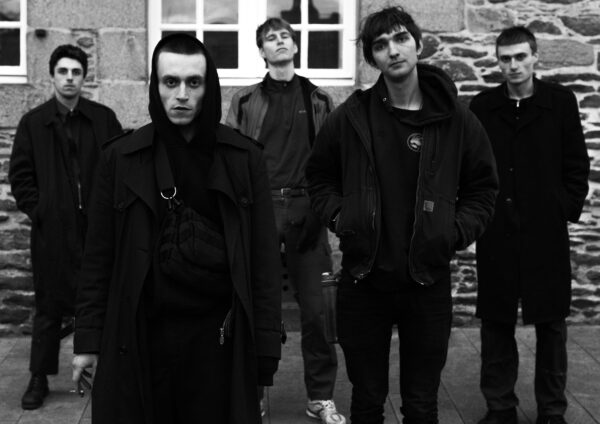 In a way that is only a little less weird that the track itself, N0V3L’s new single ‘Group Disease’ seems to share some DNA with Michael Jackson’s ‘Thriller’. The new song by the Vancouver based project, stemming from the Crack Cloud’s seemingly never ending creative universe, is deeply unsettling and irresistibly soulful at the same time.

Indeed, it seems there is some sort of group disease at play in this ghoulish lead cut from N0V3L’s upcoming debut full-length ‘NON-FICTION‘, due out on May 28th via Meat Machine and produced by Crack Cloud’s Bryce Cloghesy. Within one minute, all instrumentalists have locked into a groove that is tight but never suffocating, a skill the group cut their teeth on during a short run as the backing band for influential no-wave saxophonist and songwriter James Chance.

In this instance, NOV3L are held together by a bassline that is reminiscent of Simon Gallup’s arrangements with The Cure, other elements of that particular band’s influence also showing up on ‘Group Disease’. In N0V3L’s beautiful mixture of guitar parts, for instance, some pitched up to almost sound like pianos, others more lush and acoustic. N0V3L’s audible affection for the 80s, however, does not keep them from being a breath of fresh air, who have traded the focus of their inaugural releases for a wider perspective on what is to be their statement of intent. To be continued.

‘NON-FICTION‘ is out on May 28th via Meat Machine. Pre order here.