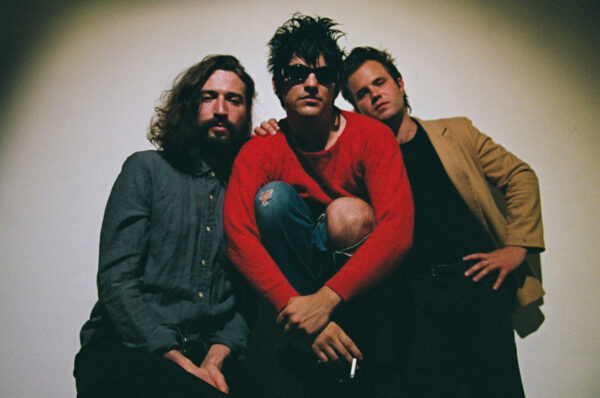 Native Sun have returned with another uncompromising track, ‘There’s Revolution’, out today via Grand Jury.

‘There’s Revolution’ is pulled from Native Sun’s upcoming EP ‘Off With Our Heads’, for which they’ve collaborated with producer Walter Schreifels—a figurehead of the 1990s New York punk and hardcore scene and founder of bands such as Quicksand. As a band that built a large portion of their following around their renowned live shows, the creative process behind Native Sun’s studio versions does everything it can to capture the energy of their live performance. The upcoming EP was recorded live straight to tape in Brooklyn and mixed by Jeremy Snyder (Idles and Fontaines D.C.), ‘There’s Revolution’ is one of those singles that immerses you in the chaotic liveliness of a Native Sun show.

‘There’s Revolution’ bounds around the commodification of radical ideas, bouncing between the public’s want for revolution but also disillusionment and rejection of proactivity. Sonically, the track draws from rock and roll of the 60s and 70s, citing The Byrds, The Stooges and The Ramones as core references. It embodies frustration with its never-ending pounding and fuzzed-out guitar riff and permeating drum hits that break the surface. Lead vocalist, Danny Gomez, has a unique tone and a Gallagher-eque vocal delivery that drags and holds an element of assonance, reminiscent of 90s rock and brit-pop giants.

Native Sun approach this track with the same level of intention as their previous singles; it is purposeful and didactic. In a good old-fashioned call to arms, Gomez wails lines such as “There’s a Revolution” and “Now’s the time to burn it to the ground”. Their perspective is pivotal to their sound and lyricism, as they constantly imbed messages and commentary into their tracks. ‘There’s Revolution’ is direct and clear, it is a no-nonsense window into the intentions and viewpoint of Native Sun.