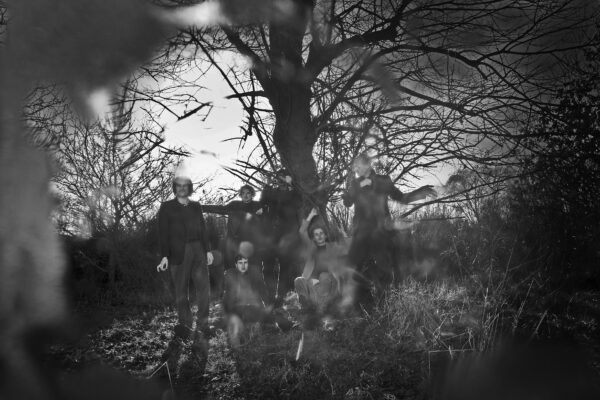 Announcing their debut EP, ‘Til the Stream Runs Dry’, released via Nice Swan Records on 17th June, Brighton’s Opus Kink serve up its third tease with ‘Dog Stay Down’.

Punctured by troglodytic grunts and groans, ‘Dog Stay Down’ unloads a raunchy, lion-slinging voodoo romp to whet boogie-woogie appetites. Fattened as ever by lascivious moans of emboldened brass, Opus Kink hereby continue to mine their jazz-punk idiosyncracies, as nifty as they are vein-bustingly urgent.

Speaking about the track, the band make the following clear: “Dog Stay Down” is a song about bad love, love for anything doomed and unhealthy, situation, substance or personage, and is dedicated to those who always return to the scene of the crime”

Like always, Opus kink are busy manifesting by-gone worlds. In the case of ‘Dog Stay Down’ – as the monochrome music ‘motion picture’ confirms – it’s whisky-swilling basement haunts in three piece suits; illicit poker-meets clouded by clotted streams of cigarillo smoke. Filmed somewhere near the glories of Burgess Park, the six-piece posture in prohibition-era duds, embroiled in the back-handed corruption of a wrestling match. Without doubt, controversy is enjoyed by all.