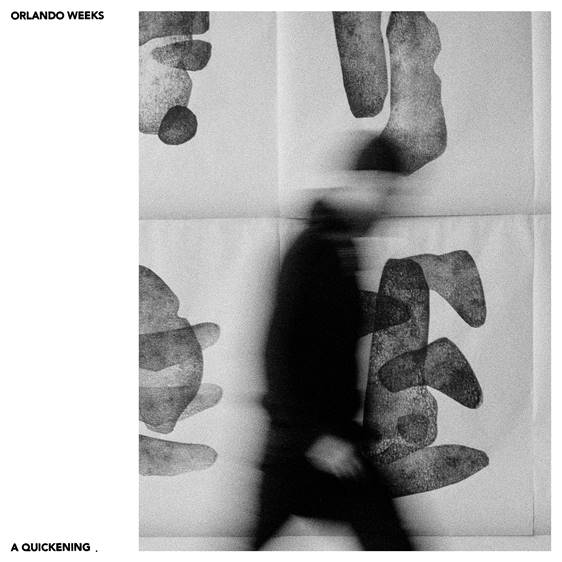 The rain here has started to fall heavy. For June, the sixth calendar date wedged into a three-month lull of weekly unknown, this is far from a midsummers dream. Alienated and in search of alternative comfort, when all’s been said and drummed, “As the rest of the world sleeps, the Gritterman goes out to work. Through the wind and the snow. Through the blue-black hours when time slips away, he grits the paths and the pavements and the roads.”

A man of soft-spoken sanctity, Orlando Weeks has well and truly, entered the time-capsule circle of life. A four-time parent to The Maccabees, The Gritterman, an actual literal child and now, a musical body of his own, his latest offspring: ‘A Quickening’, is a first-time solo endeavour into the endless hum of fatherhood. Trailing the concomitant prospects of a “father-to-be in awe of what the mother goes through and often helpless to do anything about it”, this is a well-anticipated debut born out of an equally remarkable, waiting game for new-life.

When your love for another is as clear-cut as this; when passion’s so innately internalised and the fibres in your core feel as though at any instant, they could cave in and turn to stature, like pressed flowers directly cut from Talk Talk’s ‘Spirit Of Eden’, tracks such as ‘None Too Tough’ and ‘Blood Sugar’ are there to fold the pages of time and mark a sense of eternity through a master of melancholic uplift. Muscular in pulse but rhythmically susceptible to external forces of life and growth, Weeks tests the soundscape pools of Sigur Rós and inky minimalism, bottles such, then gently bathes our minds in one grand sweep of enigmatic motion.

‘A Quickening’ is as much a work of visible art as it’s a melodic venture and no two words ring truer, than ‘Moon’s Opera’; for this is a full-bodied creation, in a timeless atmosphere of tried and tested senses. A dusky match in heaven complete with trombone and fine misted fuzz, as the night turns to dawn, and the spirits of this lullaby slip into their own, spilling out from all corners in whirls of liminal spotlight, this particular ethereal force soars above the rest.

Remember this, whilst you’re trapped in your presently boxed environment, unsure as to which way the rain is falling. It ‘Takes A Village’ to storm change but nothing compares to the devotion of one soul to another and with ‘A Quickening’ and a little bit of hope, everything will eventually be okay again.