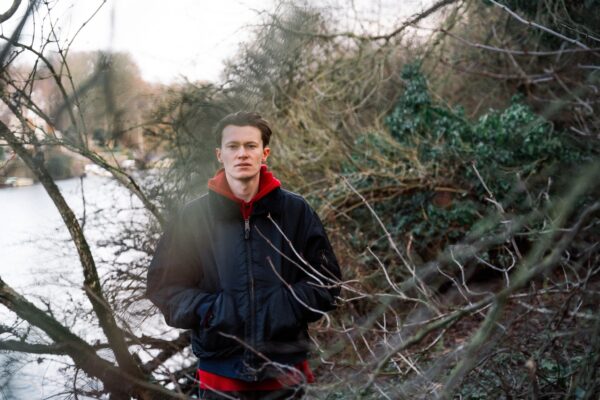 If you follow So Young you’ve probably seen Oscar Browne on stage before, whether playing alongside Mellah, Broadside Hacks, Wunderhorse, or Dead Pretties (to name a few). Browne has always been a ghostly falsetto, a powerful bass line, or a melodic folk riff, but rarely centre stage – which is why it is so refreshing to see him come into a fuller focus with ‘Never Quite Right’.

The song itself is borne from the exploration of his solo identity, and you can hear the different aspects of his career and influences entwine as well as break away from one another. Browne himself said of the process: “It’s about that feeling of trying to reach for something and it never working out quite as you envisioned it to, not feeling fulfilled by something you expected to find fulfilment in, a feeling only accentuated by the world coming to a halt.”

It’s not entirely what you’d expect, it’s something old yet new, with borrowed pieces from old faces and a healthy dose of introspection and melancholy. The bass line over the chorus evokes the work of John Martyn in the 80s, where British folk was falling into a playful affair with electronic sound, touching on elements of funk but only just. The whole song is a rich tapestry of sound, featuring the work of Sarah Downie on the flute and Gamaliel Traynor on the cello, both adding depth and ambience, and you simply can’t imagine the song without them. In this way Browne’s music is symbiotic, every part lends itself to another, creating songs that have breath and movement.

In my eyes, ‘Never Quite Right’ is a work of craftsmanship, showcasing all of Oscar Browne’s collaborative and independent abilities. It’s like getting a spoonful with a little bit of everything that the plate has to offer in one bite, and it tastes so delicious that you can’t help but want more. Emotive and engaging, Oscar Browne’s first offering is full of promise, and I can’t wait to see what comes next.