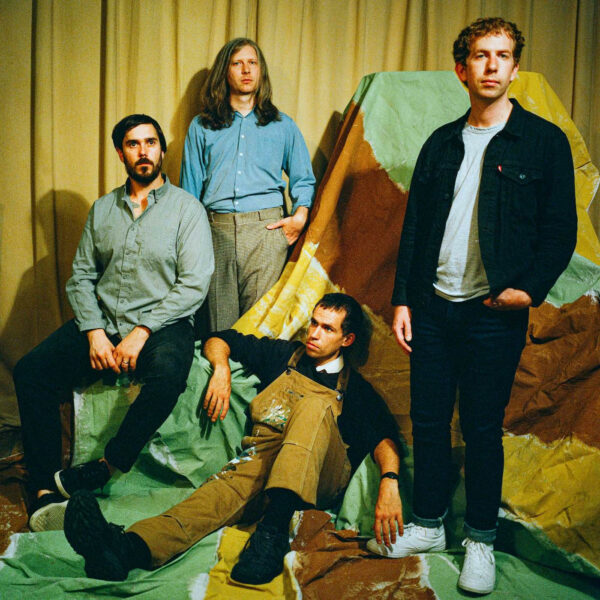 For the past few weeks, we’ve noticed Parquet Court’s 2018 album ‘Wide Awake!’ cropping up everywhere, leaving us to ask – where have the funk-laden, syncopated punk rhythms of this 4-piece gone? Fortunately, the music gods have shone down on us and delivered not only a new track – ‘Walking At A Downtown Pace’ – but also an announcement for the band’s upcoming album ‘Sympathy For Life’, released on October 22nd.

The heavy thumps of drummer Max Savage’s rhythms, coupled with fuzzy guitar riffs resembling the energy of LED shop-fronts, merge to create the idea of a late-night stomp through a metropolitan city post-lockdown – an electrifying experience perfectly captured by the music video’s hazy DIY footage of New York City at night. Produced alongside Rodaidh McDonald (The Horrors, The xx, Sampha, King Krule), the fullness of this song is topped off by the familiar, but no less brilliant chorus shouts of all band members – an effect we can only imagine will go down a treat when the track makes its debut live appearance.

‘Walking At A Downtown Pace’ has the chutzpah of the band’s past releases and its mix of groove and grit could signal any direction for the upcoming album. If ‘Wide Awake!’ is anything to go by, perhaps Parquet Courts will pull from their never-ending repertoire of jazz, funk, punk, 70s rock, psychedelia, spaghetti western and more – who knows, maybe they’ll go in a completely different direction. As October crawls closer to deliver the answer, and the post-summer sadness settles in, why not crack on the music video for inspiration on how to turn heads during your next tube journey.