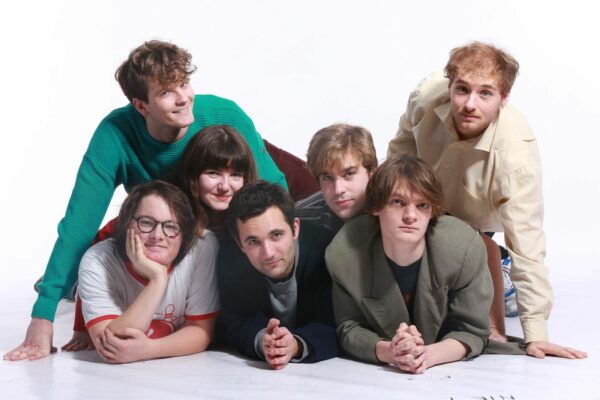 Beamed fresh from their Amsterdam base, trusty collective, Personal Trainer deliver their latest crazed and theatrical bombast with new single ‘Key of Ego’.

This self-released cut comes off less like a pop song, and more like an overture to some undisclosed Rock opera. Motifs feed on motifs, and breakdowns fold into cataclysmic breakouts. It’s as if the whole of Indie-Rock history needed cramming into a 5-minute package to appease some malevolent alien invasion. And THIS was what a gang of feverish Dutch musicians produced for our salvation. THIS?! Will it save us? Perhaps not. And yet, just maybe, our attackers will scram; moved and bewildered, as group ring-leader Willem Smit’s comic-coloured vocals moan, rap, shriek and croon all manner of pop-arting hysterics. A weapon of mish-mash destruction all of its own- “channel Chick-Flick energies/ skip some digits…”

Valorising a 2010s guitar vintage, or, alternatively, resembling a certain Parquet Courts with a blazing fire-work shoved up its ass, Personal Trainer mother-load here what is cushily familiar yet riotously unique; pantomiming and compelling. Handily, there’s a UK headline tour scheduled for the coming May, just when they have never sounded so magnificent, nor so nerdishly awesome. It hits you right in the feels… You know?