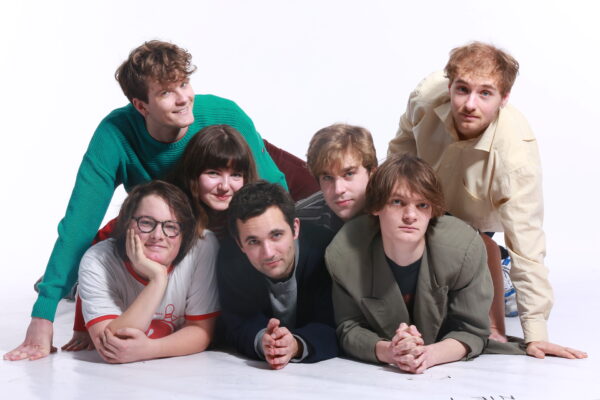 ‘Milk’s influences are fun to pick apart. From LCD Soundsystem’s ‘New York, I Love You but You’re Bringing Me Down’, to English contemporaries Black Country, New Road (in the perpetual buildup of the songs final section). From the surface it’s an endearing song, but Personal Trainer’s quaintness is occasionally punctured with more sinister intentions. Lyrics of singer and frontman Willem Smit strangling his father with his bare hands, and the pleading falsetto: “tell me that you can’t live without my advice”, both, turn the message of ‘Milk’ satisfyingly sour.

As a visual representation of innocence and naivety, the milk Personal Trainer disclose they ‘drink straight from the carton’ , aligns them with the eeriness of Anton Chigurh in ‘No Country For Old Men’. The smiley band with family-photo press shots could never write about familial murder and toxic relationships. But, they get away with it due to clever symbolism and because (at least for the first half of the song), they sound so gooey.

Ultimately with ‘Milk’, the Amsterdammers have set their sights on the quasi-chamber-pop side, of the Post-punk coin. Let’s just keep our fingers crossed no one gets hurt in the brouhaha of it all.