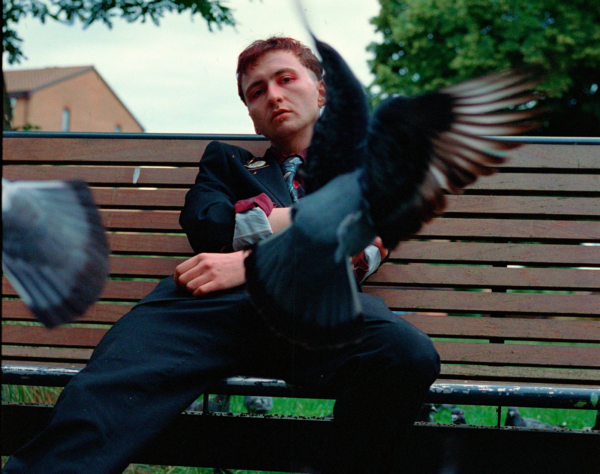 Refusing to sit idle as members of the trans community are ostracised. Suffocating from the structural obstacles raised by the British government and its health care system, Piglet’s newest single: ‘It Isnt Fair’, is a rallying cry to those around him.

The previous work of Piglet may well be engulfed by a mellow Lo-Fi intimacy. One that tends to hug your ears with a delicate ambience. ‘It Isnt Fair’ is a different narrative altogether, as Charlie Loane (Piglet) echoes prevalent and unjust sides of the trans experience. Texturally blossoming from a knee-trembling sense of angst into a vehement protest song, ‘It Isnt Fair’ spits at a malignant government that lights flames of bigotry in the form of austerity.

Slipping into a dark cavern of fragility, layers of a heartbreaking beauty are glued together, almost ready to shatter at any moment. Rousing horns, piercing guitars and biting of sawed synths end up bursting into an explosion of catharsis. Screaming with raging grief and built-up anger. Piecing itself back together, ‘It Isnt Fair’ is reborn with a fight, spearheaded by the stamping of heavy boots and chanting melodies that demand to be heard. To be listened to.

Trans filmmaker Harv Frost gives the justice this single deserves, directing a perfect visual representation. A long, drawn-out shot depicts Loane sitting tirelessly in a breathless waiting room. The sadness of waiting on a 5-year waiting list is mournfully captured in just a few frames, before being interspersed with shots of members of the trans community in a never-ending queue; the real faces of those who encounter innumerable barriers to vital care.

Once again, we are faced with a contentious battle, as a broken government fumbles about, continuing to jeopardise the rights of trans people in this country.

All Bandcamp sales of the single, plus profits from merchandise and a show at London’s Ivy House Arms on the 10th of September will all go directly to the We Exist charity.