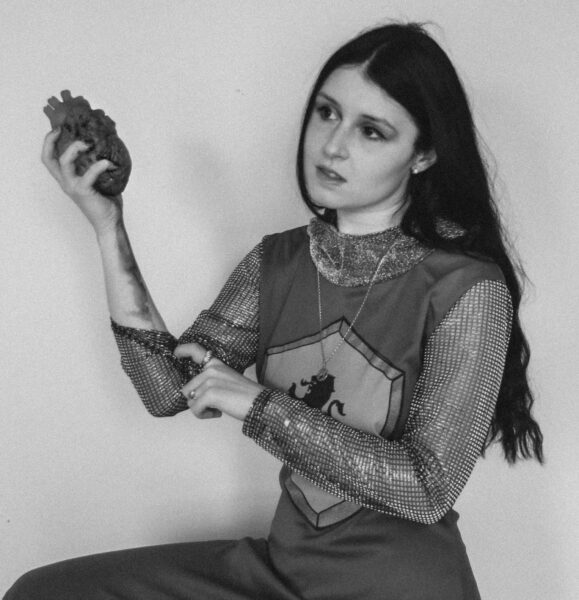 You may have thought you were already acquainted, but now is the time for you to meet the real Platonica Erotica.

On ‘Marriage of Convenience’, the first officially-released single from LA-born Hannah Hayden, we see an artist burst into life in triumphant fashion to assert herself as a major force to be reckoned with. Having impressed with her previous appearances on compilations for Dig That Treasure and her new label-home Slow Dance with tracks like ‘Safe in Adoration’ and ‘ILYSM’, the glitzy new single marks a shift from blissed-out ambience to amore refined, albeit warped, pop aesthetic – and the payoff is exquisite.

Where the aforementioned tracks could have seen her tipped as the London scene’s answer to Julia Holter, the bouncing beat and chorus of backing vocals are indebted to 60s pop, while the flourishes of modern production are akin to the recent works of U.S. Girls. The standout touch of the song, however, is the stately church organ that glides through the verses and then proceeds to stab its way through the chorus – its presence a proverbial cherry on top of what is already a stunning piece of work.

For someone who offered to deliver hand-written love letters to fans as a Valentine’s Day promotion, the themes of the song could not be in more of a stark contrast, as Hayden’s narrator assumes the role of someone begrudging of love and hurling vengeful statements at a former partner. Melodramatic from start to finish and utterly captivating in her performance, our central character sends us lines such as “one of these nightsI might drink your gin and drown our baby” to emphasise her sorrow at her loved one moving on, all while gliding through references to John Updike and Gone With the Wind. There’s venom in the delivery of “waiting to be forgiven/like my pain’s a symptom of your stoicism”, but you can’t help but fall for the luxurious charm of all around, and for all of the histrionics, there is an equally biting wit that sticks with you.

If Platonica Erotica’s previous works were simply the warm-up, then we truly have arrived at something special.