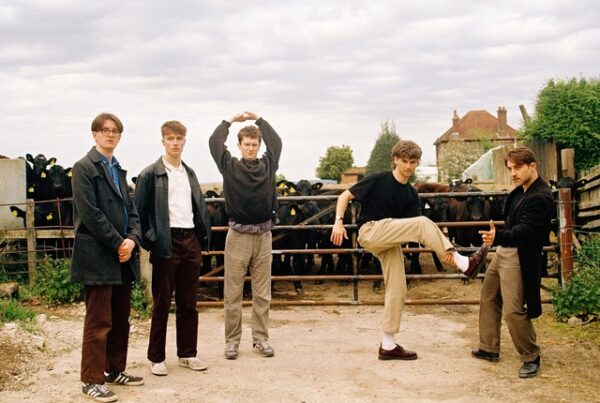 Brighton’s Porchlight are an endless platter of instrumental-disfiguration. Best served raw in riot-sized morsels of escapade, the groups latest single, ‘Silver Spoon’ is an unconventional high-tea of blow-torched-theatrical gluttony; a spoon-fed myriad of acerbic resonance, and a pursuit of momentary happiness.

Stringing up their unique blend of haphazardly-interlocked sequences like an unruly round of cat’s cradles, (played in hell), Porchlight achieve varying shapes of loop, twist, and lyrical tangle in a matter of minutes.

Make no mistake, this is not a game for the light-hearted or rhythmically challenged. ‘Silver Spoon’ is about as ferraly satisfying as releasing the bats of the genre-warped junkyard, whilst scrambling to pick up the pieces of a blown mind in a fluster of bitten cacophony. Forking out a satiating onslaught of pungent-plunk and wide-eyed disarray, it won’t take much to get hooked. But, once you are, you’re in it for the long-run.

A garishly satisfying entrée from start to blistered finish, ‘Silver Spoon’ is a sonic-shit-show in all the best ways possible; and Porchlight have very quickly demonstrated themselves as some of the best in the league of visceral misrule.