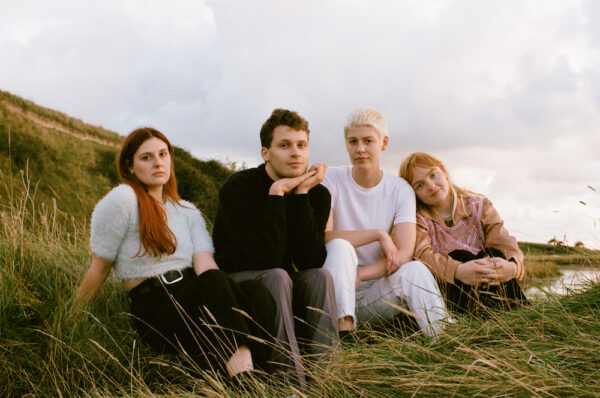 If Porridge Radio’s astounding ascent to fame can be accounted to any major factor it is perhaps their ability to use surreal, often jarring images to capture the seemingly inexpressible.

Breaking out of their DIY roots, the past years have seen them hone their intoxicating blend of tender vulnerability and howling angst to a near-perfect level, epitomised in their 2020 album ‘Every Bad’ being nominated for the Mercury prize. Their latest single ‘The Rip’, the second release from their forthcoming third album, ‘Waterslide, Diving Board, Ladder To The Sky’, finds them developing this raw honesty and growing musical technicality in signature style.

Swerving synths, heaving guitar and pounding drums drive the track forward, picking up pace in a now trademark fashion to reach crescendos of overwhelming emotion. The lyrics are repeated in an almost obsessive manner, declaring the ache within frontperson Dana Margolin’s heart as she insists “you’re all that I need”, “you’re all that I want.” But exclamations of vulnerability and obsession are hackneyed trope of any kind of “love” song by now, and Porridge Radio won’t let themselves fall into these lyrical predictabilities. The charm of the narrative is instead found in the unusual imagery and made-up expressions such as being “sick at the seams.”

As Margolin has described “my friends always accuse me of making up idioms and using them like they are well known phrases.” Her use of these unusual motifs are an attempt to make things “that are so simple they are universal. I wanted it to sound like when your heart breaks so badly that your entire body aches.”

The video, directed by Margolin’s sister, Ella, expands on this. Use of bizarre images and uncanny settings create an uneasy, dreamlike state through which the music floods with emotion. There is an isolation, a sense of (literally) running in place, and being haunted by demons that won’t seem to leave you alone. Porridge Radio’s ability to create a song that feels simultaneously lonely and suffocated, intimate and clamouring, proves that they are a group with a lot more left to say and explore, all in their signature angsty fashion.