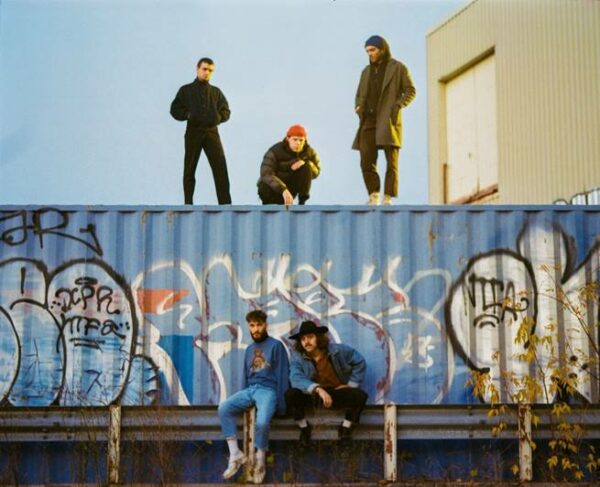 Pottery are a band that recall happier times in music. Not only with their sound but also with their attitude. After almost vehemently refusing to release any tracks online during their current existence, the Montreal five-piece are set to release their debut EP, ‘No. 1’, on May 10. In decadent anticipation they have teased us all with two singles from the EP, due to be released by Partisan Records.

The song quickly melts into a Piper at the Gates of Dawn trance as the rumbling drums become more apparent and we fall down the rabbit hole with enchanting vocals even Barrett would have appreciated. Then we are treated to a couple bars of less serious, quickly strummed chords before the cycle starts again, giving the vocalist another opportunity to snap out his favourite Ty Segall impression for the verse.

Pottery sure know how to pack a bunch of catchy riffs into one three minute song and seamlessly transition between them. Just when you think you’re done as the instruments make disparate noise, we’re back in again with Devo’s infamous rolling chords and a recital of the Lord’s Prayer through what sounds like a megaphone.

‘Lady Solinas’ is a rollercoaster, a voyage through some of psych’s greatest moments and one definitely worth taking. It builds and builds, like the crescendo of a life lived fast, and never really burns out.

Catch Pottery live at the below dates: