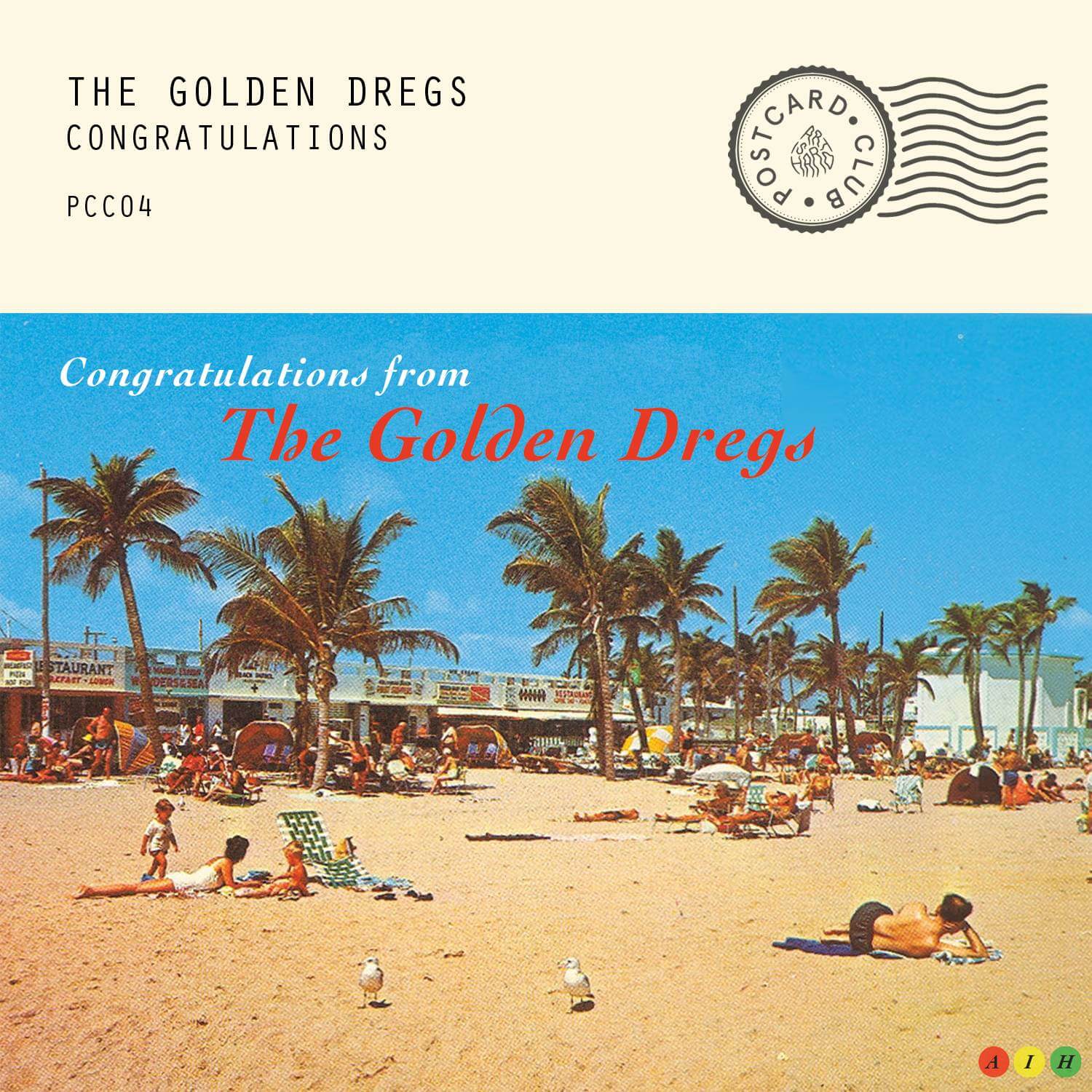 The Golden Dregs are a supergroup of sorts, Facial hair is rife and previous successes have come from bands like The Black Tambourines and The Red Cords. Ben Woods leads the group from Cornwall’s impressive sands and they’re to be released with an equally impressive Label. Art is Hard have been releasing debut tracks from household indie names for years, Joanna Gruesome, Diet Cig and Flamingods are more recent successes. Next up for the label is a postcard single called ‘Congratulations’ from The Golden Dregs. Today we premiere the video. The single will arrive on doormats with an original message to the fans plus an exclusive track via download code. Its great having something that nobody else has isn’t it?

The track itself isn’t one for times of celebration, look elsewhere for the soundtrack to passing your driving test, but it doesn’t make it less brilliant. Ben Woods’ somber tones make you want to call in sick and listen all day. Mellow story telling at its finest. The video is less dark and even verges on pleasant and fun. Now lets all jump in the minibus and head to France, press play below.

Catch The Golden Dregs live at the dates below:

29th April – The Lock Tavern, London w/ Goddam Nobody
30th April – Sounds from the Other City, Manchester for Family Tree

‘Congratulations’ is out on Friday 28th April, find the band on facebook here.