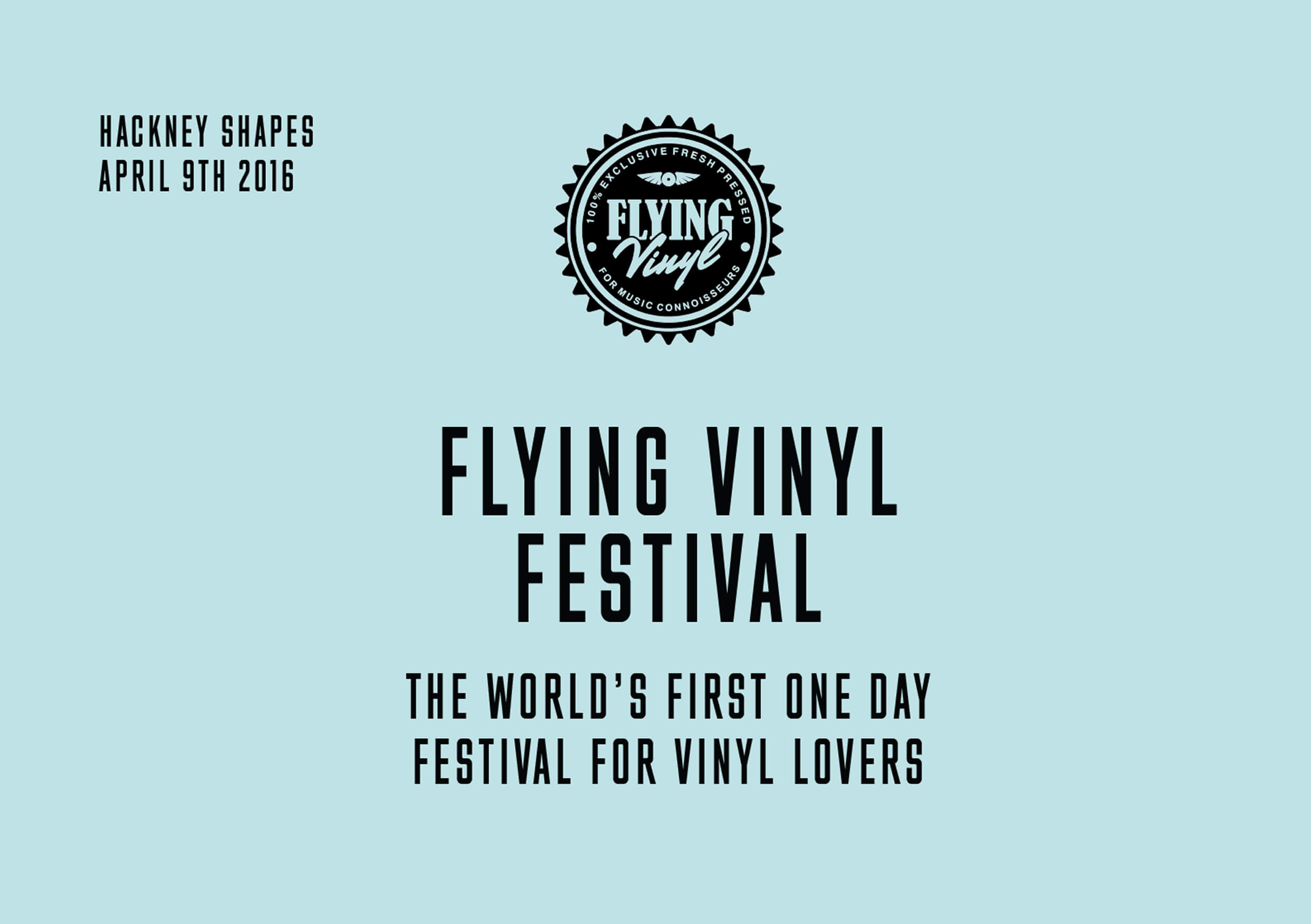 If you’re not aware of Flying Vinyl yet then it seems you certainly will be within the next twelve months. The subscription service champions the latest in indie/alternative artists and lays them down onto limited edition wax, exclusive to the service and its subscribers. For £20 a month you can land yourself five 7” vinyl and embark on your own physical new music journey. Their boxes so far have included the likes of Swim Deep, The Big Moon, The Magic Gang, Kagoule and Trudy.

So now that Flying Vinyl has officially ‘taken off’, how do these forward thinking vinyl record flag bearers take the next step? Well a festival of course. Flying Vinyl Festival takes over Shapes, Hackney on April 9th for an all day celebration of live music. This may be their first year but the one up doesn’t just dip its toes in, Flying Vinyl Festival has taken the plunge with a line up which doesn’t allow for a beer break. So with quality assured throughout the day, we decided to be bold and pick our faves from the line up and recommend who you should be down the front for. 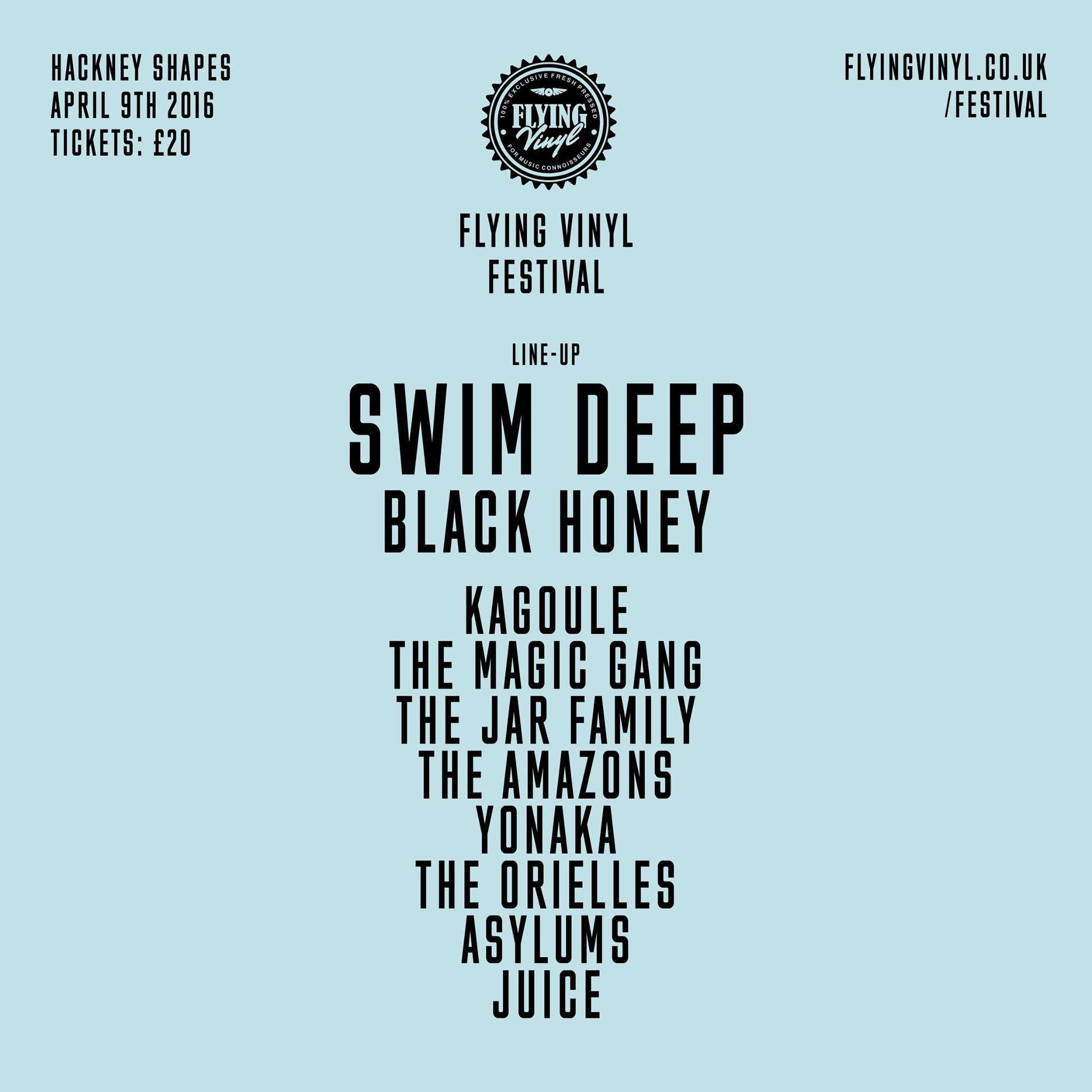 Fresh from the March box of tricks, Flying Vinyl Festival presents the freshest faces from Halifax/the freshest faces you’ll see on the ‘tour circuit’. The young dudes from, near Leeds, bring the surf dream to life in a way that most UK bands have failed to. Maybe it’s their adolescence or maybe it’s early genius but this three piece are charming their way through the country with songs that only know how to bring a smile. It’s that throw your head side to side kind of magic and we’re into it.

You’ll find the brilliance of The Magic Gang within the September 2015 Flying Vinyl box but it’s fair to say that they’ve moved on as a band since tracks ‘Shallow’ and ‘She Won’t Ghost’. Granted these are the songs which inspired college and uni teens up and down the country but the band have grown out of those slacker trousers and are tailoring their own sound. Few bands get the opportunity to find themselves on high profile tours with Wolf Alice and Swim Deep so early in their careers but latest offering ‘EP’ has proven the band worthy. Songs such as ‘Jasmine’ and ‘Lady, Please’ lay the band more bare and vulnerable than they’ve ever been but they come out the other side with their most assured effort so far. A platform for greatness. Don’t miss them.

If I was a betting man, which occasionally I can be (never on Arsenal to win, it’s a jinx), I would say that 2016 will be the year of Black Honey. They’ve broken out of the rumour mill and onto the UK’s most famous small stages with a buzz that is ready to dominate festival stages this summer. Black Honey combine your Riot Grrrl dreams with Tarantino soundtracks, it’s rebellion on a dessert. Front woman, Izzy Phillips caresses you into comfort and then throws you to the wolves as she howls chorus’ made for the big time. It’s still early days and that’s why you should embrace this opportunity, catch them now before you have to shimmy through the crowds with a brave face and a hip flask.