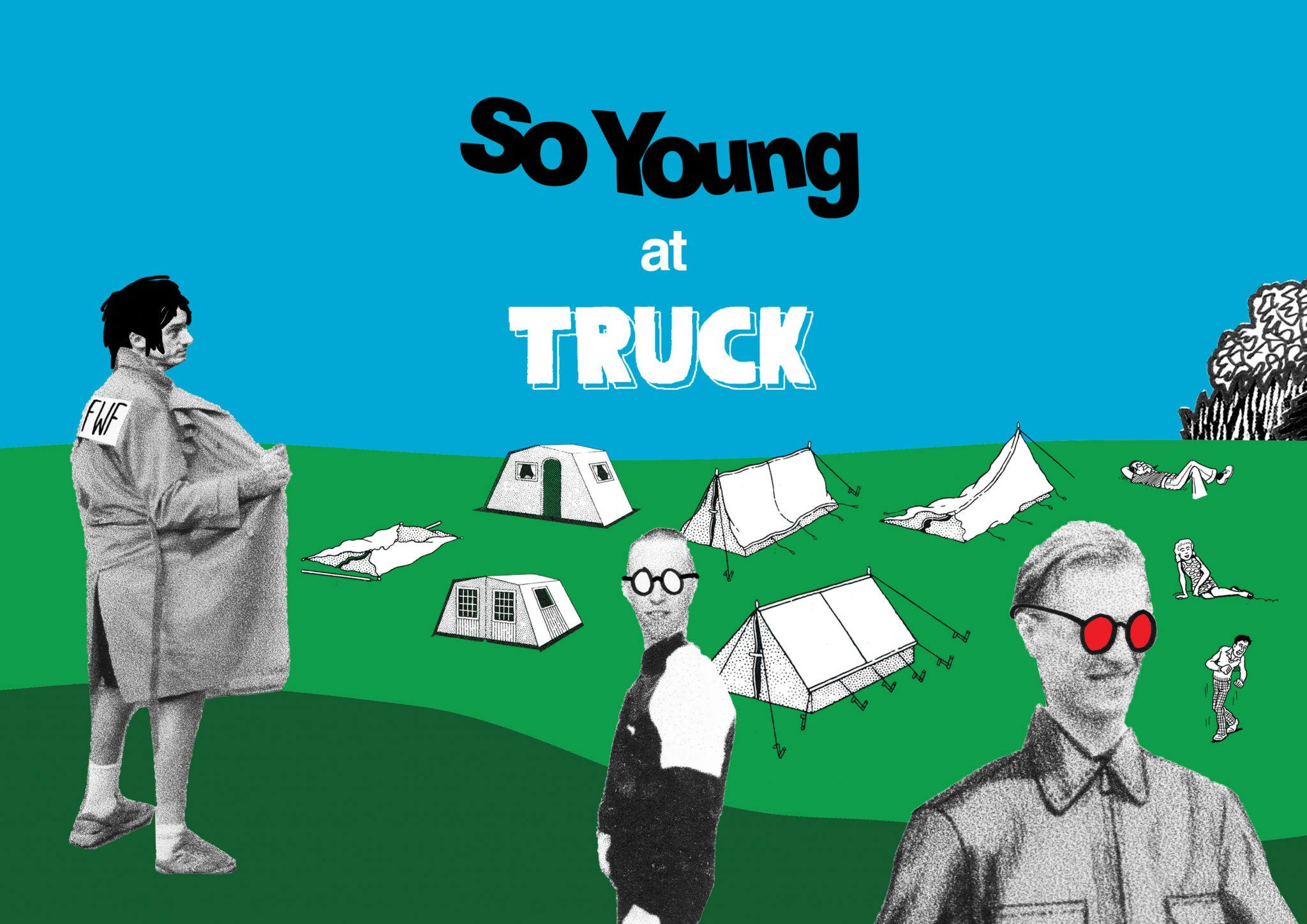 Last year we declared that Truck festival was our hero, our summer saviour. A festival that welcomes the new sounds, palms off the obvious and brings a party. After last year’s shindig we felt sorry for those guys at HQ who had to try and beat such an inspiring line up but somehow they’ve managed it! The 17th of July will see us at So Young descend upon the Oxfordshire turf and lap up some of the finest bands that are likely to dominate our summer and no doubt, 2016. For those of you attending we have picked our five ‘ones to watch’ at this year’s festival and where you can find them! This is So Young at Truck Festival 2016, come say ‘ello!

Friendly ears of Truck Festival, prepare yourself for something obscene. The songs of Fat White Family were never meant to reach places like Oxfordshire but now that they have, embrace them. The UK’s most exciting live band bring a show you can’t miss. A combination between seductive and gross, Lias Saoudi breathes heart and soul into every last howl, with a thrust and a bare chest to match.

Eagulls are dropkicking their smutty punk fuzz right into the epicentre of British guitar music. Landing themselves somewhere between The Damned and Titus Andronicus, the band’s brutal lyricism is the perfect accompaniment to a relentlessly crazed guitar backbone that’s ox-strong and fiercely unforgiving.

The band hailing from the furthest point in the UK whisk you away into rolling hills with their hypnotic indie folk sounds. This is THAT band when your’e three beers in and you go..’WOW’ or most probably an expletive which is not welcome on these pages. Musically they’re empowering and vocally mesmerising. Do Not Miss.

No introduction necessary. They’ve been everywhere this year. Stomping through cities with angry grins, asking you for your favourite biscuit. Slaves have met the hype and it’s a show you cannot miss. The Kent boys will make you laugh, rile you up and get you jumping. Yes you will be satisfied. Angry punk shakes hands with Jack the Lad.

Possibly the most talked about new band in the country, and for good reason! The Brighton pioneers of a new era of college rock, breathe life into slacker indie sounds and create anthems. Think The Beach Boys meets 90s Fuzz at ‘High School’.