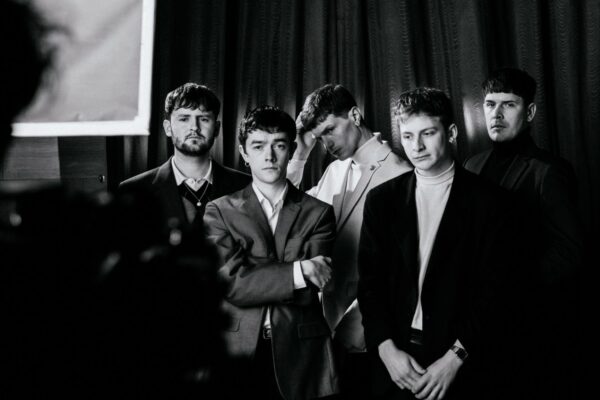 With the hypnotic first single from their debut album Aleph – ‘Hypnagogia’ – Private World introduced themselves with an alluring sense of mysticism and undeniable affection.

Possessing an otherworldly yet familiar aura, the group teeter across our perception of immediacy and consideration – concocting urgent feelings of intimacy within texturally gorgeous notions of pop.

Full of yearning desire, new single ‘Blue Spirit’ exhibits itself as the very centre-point of Private Worlds’ personification – a high-spirited and amorous piece that you can’t help but be encapsulated by.

Their music possesses all the wonder and nostalgic exuberance that flutters within you with childlike naïvety – nudged into being with playful, nurturing melodies and a reassuring astuteness wondering across its foundations. Tom Sanders’ voice is at odds with itself – as if a ghostly presence embedding itself within the busy world the track inhabits, but also offering those he watches over a sense of calm and preservation. This is what makes Private Worlds’ music so intriguing – it veers so tantalisingly across the precipice of pop’s forthright narrative while delving into beautifully considered expressiveness.

As Private World slowly unveil ‘aleph’, their individuality comes more and more to the fore.