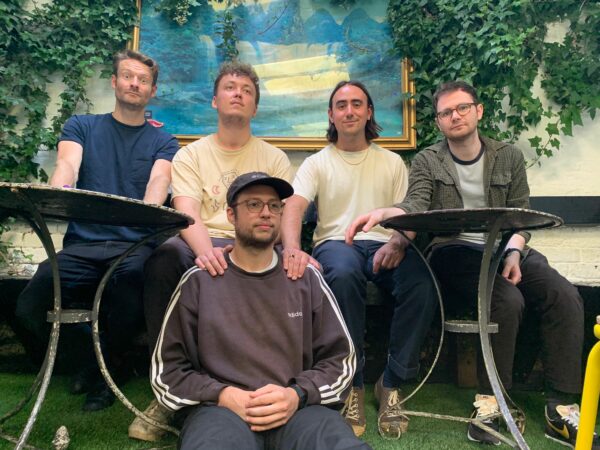 There appears to be a generationally cyclical art to crafting chaos in zeitgeist form. Perhaps there’s something in the air we all breathe, or a feeling of restlessness lingering in the musky exhale left behind by those before us. Maybe the key to it all is reading way too much into everything, or avoiding responsibilities by taking on far too many obligations to physically and mentally handle.

Whatever the woe, there’s something collectively comforting in freaking-out to some angular riffs whilst standing side-by-side with your fellow adolescents.

That being said, Public Body, despite being no exception to the caustic-carnage and of whom, have been rapidly amassing a tumultuous-loving fanbase, are a group who appear to have an ear for switching shit up, and in turn, aren’t as audibly familiar as they may initially seem.

Yes, this is post-punk performed by five guys with 16 strings between them and a rhythmically prioritised aesthetic, which has lent itself to at least one member owning a Devo t-shirt; however, unlike the routine-seriousness of some of their peers, Public Body champion a satirically-scuzzy blend of Kraut and genre-less-disarray, and in ‘Formica’, the propulsion loving gang are able to really get in to the versatile-ferocity of their day-to-day soundtrack.

A “trademark for laminated sheeting of synthetic resin”, ‘Formica’ follows a structurally reliable formula that lives up to its durable namesake. Exploring the tale of “a poor ignorant Dad who gets tricked by a Troll on Twitter”, this is a wonderfully frustrated break-down of modern mundanities and social frustration, much like Public Body themselves.