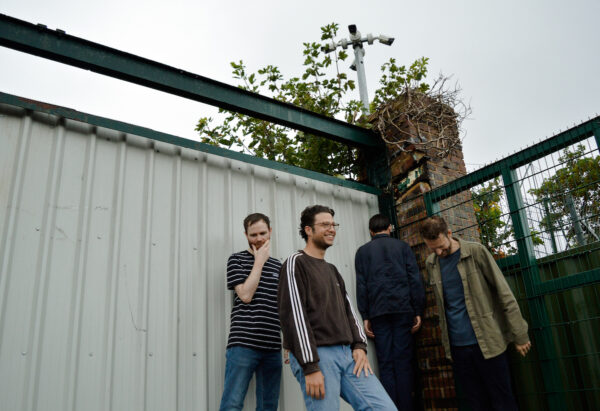 Despite 2020 being well…very 2020, Public Body have been pretty relentless and haven’t let up with their output. Consistently self-releasing socially conscious banger after banger over these past 12 months. Today sees another gem grace the internet from the Brighton outfit with ‘Table Manners’, subverting the notion of capitalism and government.

Recorded by Public Body’s own production wizard, Theo Verney (who’s production work has recently included TRAAMS, Egyptian Blue, Home Counties and Lazarus Kane) ‘Table Manners’ is cosmic, radiating sci-fi post-punk; as if The Clangers crash landed to Earth and then decided to call Britain their home and start a band in angst of its gloom-laden, rain-soaked setting under Conservative rule that we all now live in.

Throughout, Seb Gilmore laments the incompetence within current UK politics with disdain towards the merry-go round of poor leadership, whilst specks of funk-laden sounds and motorik krautrock-esque rhythms seep through Public Body’s barbed post-punk, oscillating signature sounds.

On the writing process for the single itself, influence seems to have been drawn from a rather unusual source with Seb Gilmore stating “When I was writing the synth bits I was picturing the Rugrats song and I guess that was probably the biggest influence musically.”

On top of the new single itself which sees the outfit return to blistering form, Public Body have also confirmed news that 2021 will see a second, as-of-yet-untitled EP.