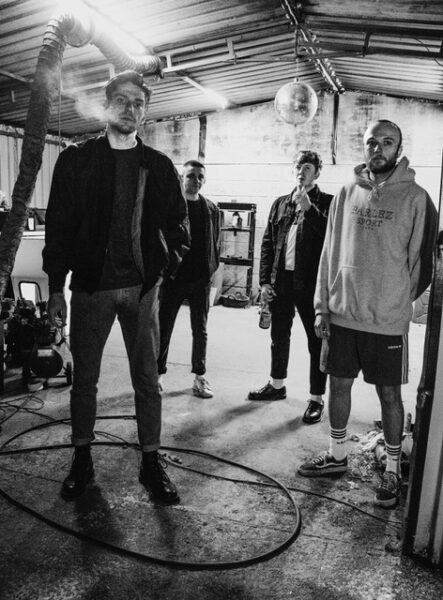 Glasgow’s Rascalton have been at the core of Scottish guitar music for a while now. The four piece already have shows with The Libertines and slots at festival’s such as The Great Escape under their belts, but without any music released since last years ‘CSC’ EP, it looks like they’ve been away to hone their craft.

Today they’re back with new single ‘Eddy’, a high energy rampage of a track. Comparisons to bands like The Clash are unavoidable, but its the shared traits like the immediacy and the contented pleasing of themselves which makes it impressive. You might not make out the words apart from the clear message of “My name’s not Eddy” and it may thrash through in 1 minute 39 seconds but thats why you press play again. And again and again.

Frontman, Jack sheds some light on the tracks content “We received a text one day saying that an imposter was using my photo on their tinder under the name ‘Eddy’. We joked about writing a song about it one night with the chorus being ‘my names not eddy’. One of our pals, Jokey, came to us with the idea for it and it wrote it self from there. Catfishing is pretty weird. Eddy if you’re reading this – fuck you”.

‘Eddy’ is an early B Side release ahead of single ‘Employee of the Month’ which is out in April.

Rascalton head out to Austin, Texas for shows at SXSW later this month. You can find the dates here.

Add ‘Eddy’ to your playlists here.