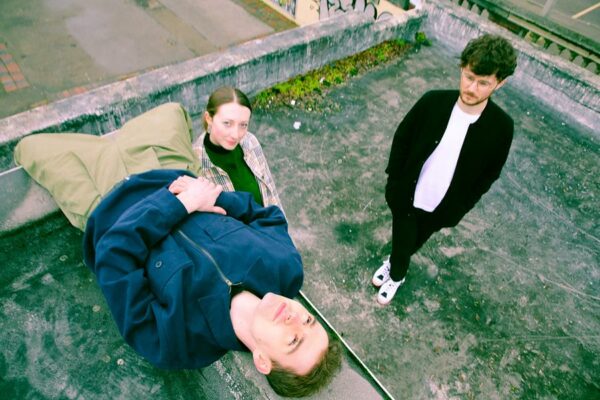 Sure, there’s guitars in Regressive Left’s ‘Take The Hit’, but the second single by these London newbies can hardly be called guitar music. The three piece, who are based in a Stevenage outhouse, impress with a razor-sharp and hypnotic track on politics and poverty.

Building on the buzz of their November debut ‘Eternal Returns’, it does not take Regressive Left long to capture the attention on ‘Take The Hit’. With its drum computer and dashing guitar, the track is immediately reminiscent of DFA style dance-punk or early New Order, while also sounding somewhat like Bristol EBM band SCALPING on a particularly sunny day. Drummer, Georgia Hardy deserves a special mention for her unsettling vocals in the second half of the track, feeding into its already present paranoia.

The sense, then, that Regressive Left are a band with a real-life drummer, guitarist and singer prevails on this spirited track, but the fact that all band members have been DJs certainly shines through here as well. ‘Take The Hit’, which perhaps clocks in a bit prematurely, is quite the teaser for the trio’s headline set at Brixton’s famed Windmill on October 1st.