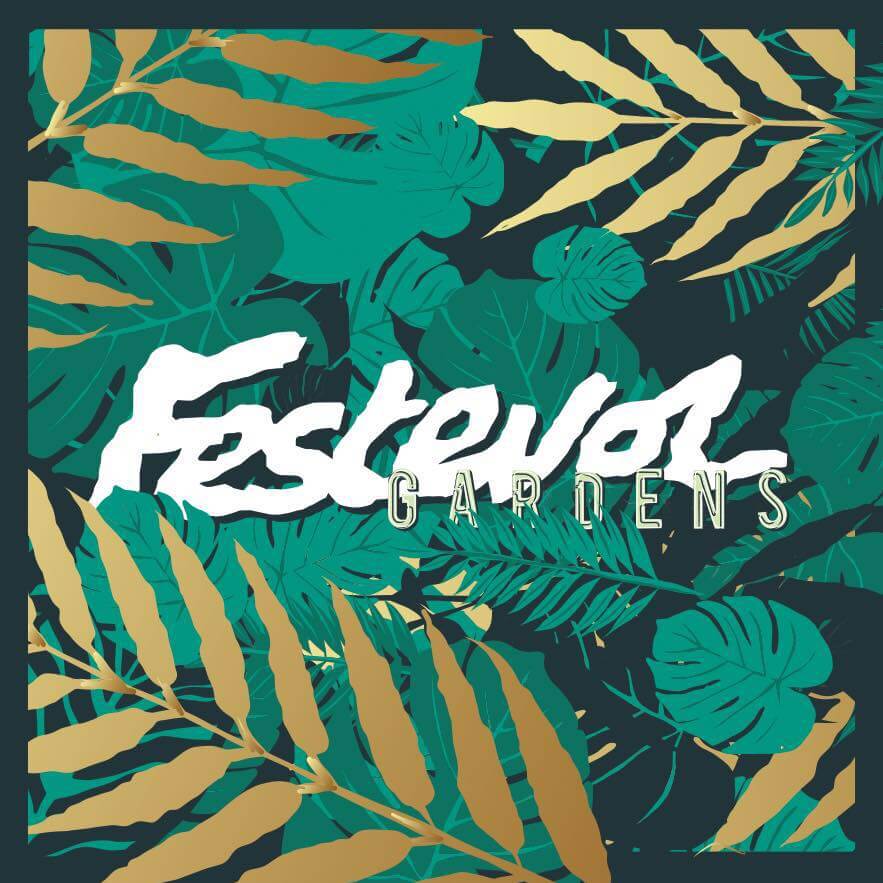 It’s bank holiday Sunday and Liverpool’s Invisible Wind Factory has been dolled up to the eyeballs as FestEvol begins a 12 hour-long assault of the senses. The venue, in short, is simply astonishing. Grandiose yet unpretentious, it oozes the kind of DIY charm that sits so well with the nature of the festival. There’s three stages: the Caladan stage, the Genesis Cave and the Vermillion Sands, all perfectly designed to hold the weight and depth of sound from every band on them. Perhaps one of the greatest executions of FestEvol is that if you possess a certain time-savviness then you can catch pretty much every band performing with ease.

Undaunted by an early time slot, White Room get the ball rolling in gallant fashion. Their sky-high tenacity is underpinned by bassist Josie’s soft vocal harmonies which texturises songs like Stole The IV and gives some edge to their chiming, Starburst guitar lines. As I watch the band’s tightness as a unit and Jake’s dedication to being an enigmatic frontman, tambourine in tow, it gives me hope that we can experience a British reprisal of psych-tinged indie that can be culturally meaningful if it really wants to. 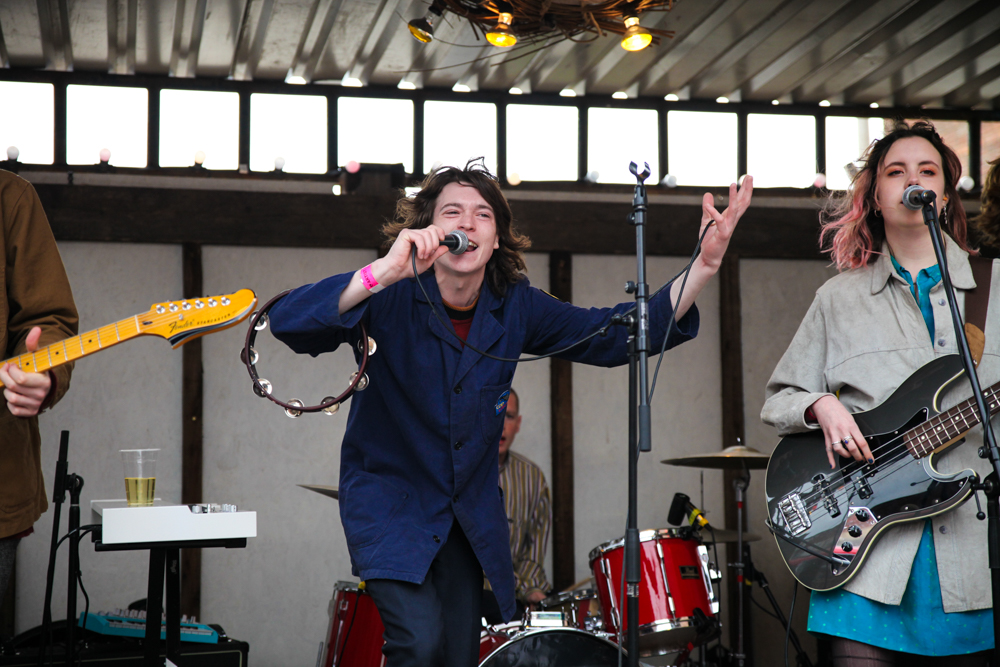 My next port of call are Pink Kink. They’re less the rule and more of the exception for me as I never really go and watch a band unless I’ve listened to a handful of songs online that gets the fire going in my stomach and God forbid, Pink Kink have no music online. Regardless, the general praise garnered from word of mouth about them ensured that their brazen, sassy package of unpinnable angst leaves no one disappointed. 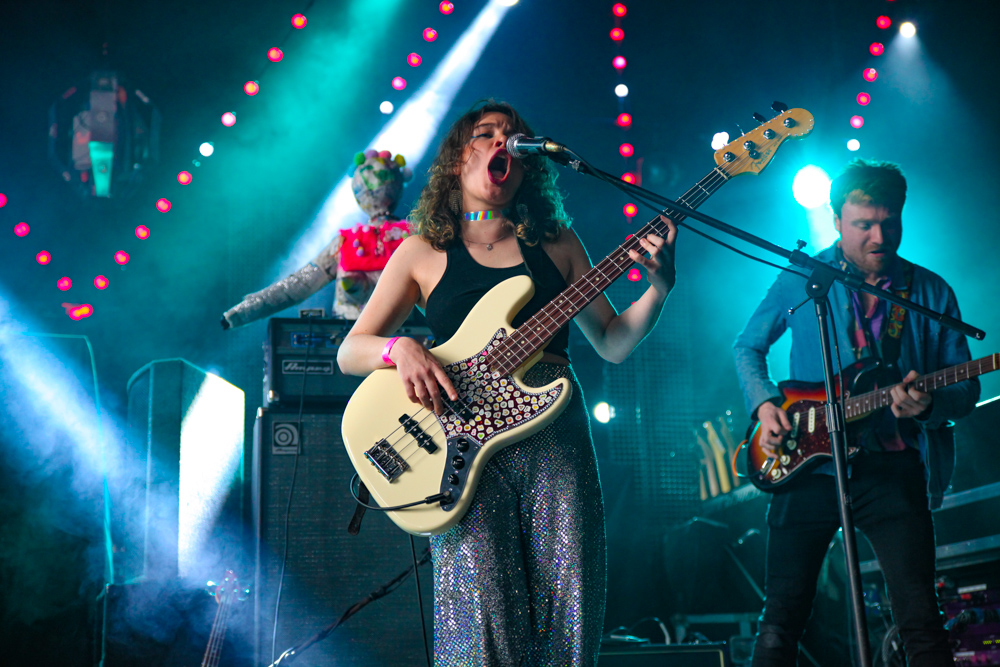 Anteros are a group pressed to to everyone’s lips at the moment and have a truly great front woman in the shape of Laura Hayden who gives as good as she gets by charming a devoted crowd out in the cold, on the smallest stage, with the rain drizzling bleakly. The band’s perfect, pop morsels are a glittering distraction from the waves of heavy indie doing the rounds with Hayden playing the cool, knowing siren whose deadpan vocals promise heartbreak for anyone who falls for her.

The acts who have toured incessantly and really set the benchmark for guitar bands usher in the crowds today and rightly so. The Liverpool music scene is a tight-knit community with FestEvol’s charm mirrored in the people. There’s nothing more fulfilling than a crowd who are so heavily invested in the acts that they watch. To see Chloe from Inheaven beaming out at everyone, genuinely thrilled to be up there performing is one of the most uplifting experiences at an event like this, just like watching every person sing the lyrics of Hello Today or Corrinne back to an always amazing Black Honey. Even a band like PINS, who brilliantly lack any kind of defining sound, and whose set bleeds a don’t-give-a-shit vibe through a miasma of vocal reverb and precise snare, have everyone dancing. 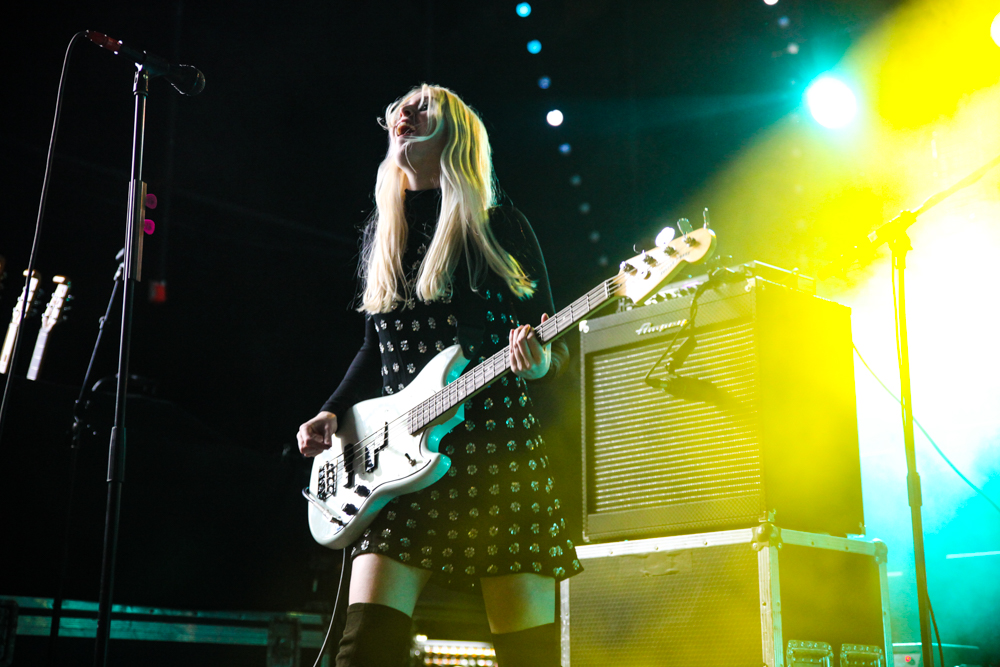 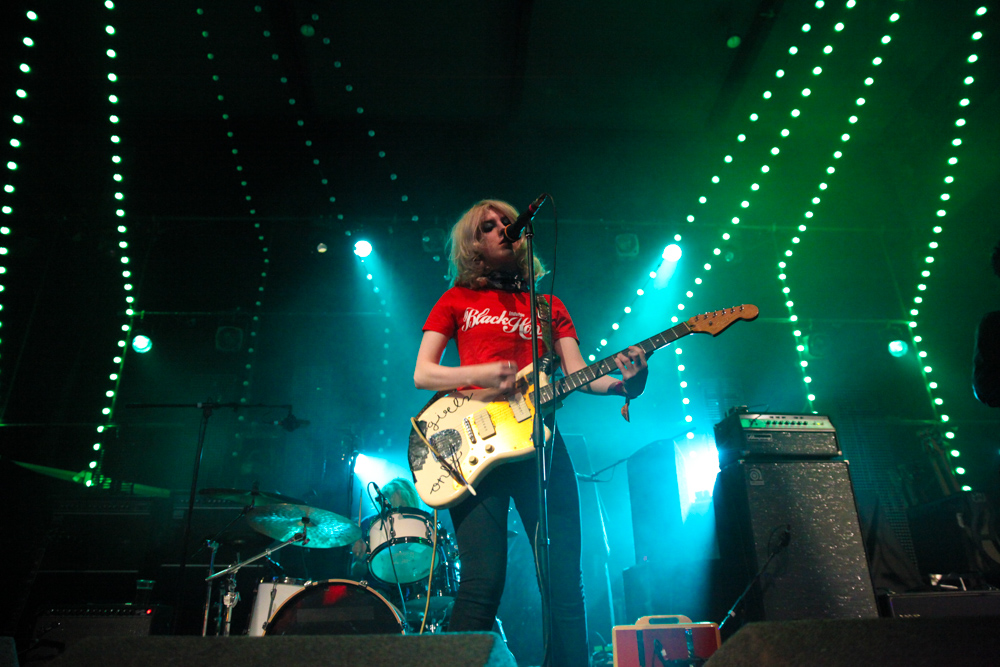 However, If one performance could sum up FestEvol’s ethos it would surely be the magnificent racket from The Blinders. Along with their pals Cabbage, whose set was nothing short of galvanizing, they are bringing some radicalism to guitar music, masking it in a sheen of black humour and conciously subverting everyone from within. They’re the bands stitching together strands of poetic injustice in an effort to make sense and light of broken Britain. Their set is the best I’ve ever seen them. Pure energy and sonic darkness brought to light by a huge, red Communist flag. Their darker strain of psychedelia leaves many comparisons to The Wytches, but I’ve never saw The Wytches interact with their crowd the way The Blinders do. Hell, I’ve never even seen them look up from their curtain of hair most of the time. Charlie McGough wields his bass like a semi-auto shotgun and Thomas Haywood thrives off audience interaction, flared by his inscrutable charisma. 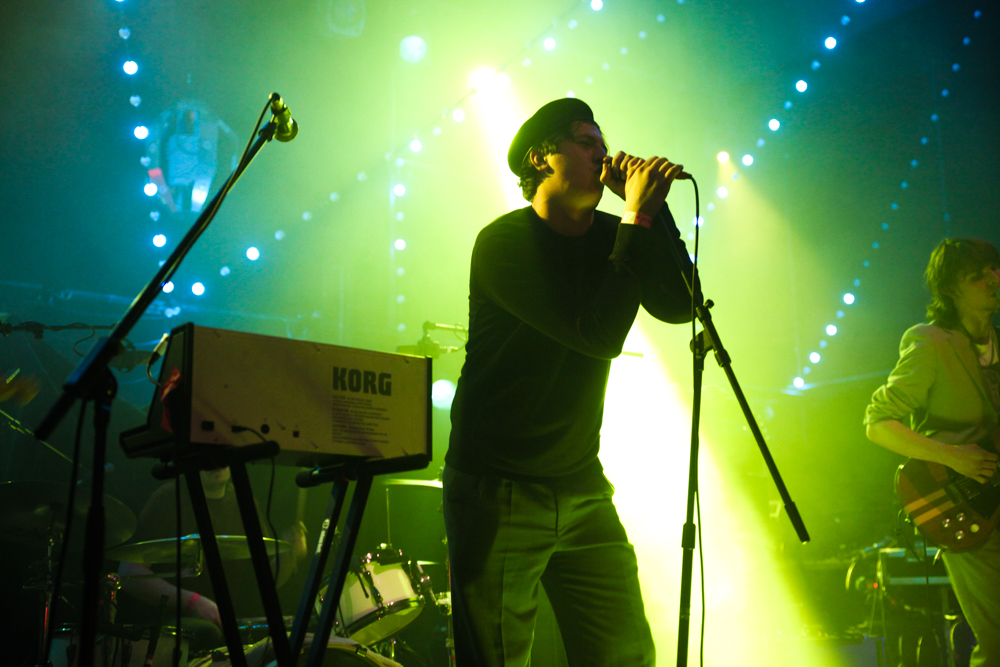 FestEvol succeeded by completely placing most of its faith in new bands, willing to give them a chance. It’s a smart bill and a dedicated step from the organisers who clearly care about the music industry enough to instil change. The headliners melded the day together with aplomb, whether you unsuccessfully tried to sit on someone’s shoulders during The Parrots blistering set or whether you had an epiphany during The Sundowners and realised that you loved a band’s aesthetic so much that you’d consider getting their name tattooed on you thigh or something, both of which, I definitely didn’t do… all I can say is, long live FestEvol.