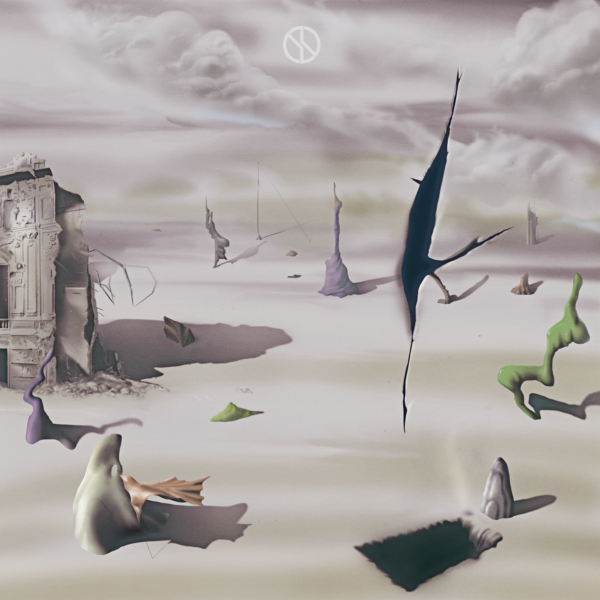 As the world descends in a downward spiral towards catastrophe and chaos – cue scenes at Capitol Hill – the phrase ‘new year, new me’ seems somewhat out of reach. Unperturbed by the pandemonium and chomping at the bit, are Bristol hailing four-piece LICE. Revelling in destructed badlands of sonic construction, their long-awaited debut album ‘WASTELAND: What Ails Our People Is Clear’ is both a formidable and enthralling sight to behold.

Getting down to the nitty gritty from the get-go, opening track ‘Conveyor’ is an industrial assault of distorted guitars and sound-bending synths. The air-raid siren signalling descendance into anarchy. Propelled forward on the pulsating percussion of ‘Imposter’, frontman Alastair Shuttleworth’s emphatic vocals have all the grit of an early Magazine number. If you’re looking for something to really stick your teeth into, the thunderous percussion and scuzzy-tinged riffs of ‘Pariah’ and ‘Deluge’ are a brain-bashing triumph.

Experimental in their sound, the art-punks offer a moment of respite on ‘Serata’ which was recorded as a full-band live performance. Emotive in its delivery, hushed lyrics and full-bodied guitars swell to a ricocheting climax. Who knew that a song about a spider and a robot making friends could be quite so moving. As the LP’s narrative nears its close, penultimate track ‘Folla’ is a resounding nod to the good old days of live music. An exploration of crowd mentality, inciteful drums echo the pitter patter of a mosh pit on the verge of vehement release – if you can remember that feeling? A devilish yet starry-eyed end note, ‘Clear’ ensures Wasteland’s collapse amidst the enchanting guest vocals of Katy J Pearson and Goat Girl’s Clottie Cream and Holly Hole.

A relentless outcry from start to finish, the west country lads have kickstarted their year with a flourishing debut. If you weren’t already paying attention, this album will make light work of that.

‘WASTELAND: What Ails Our People Is Clear’ is released via Settled Law Records on 08/01/21.