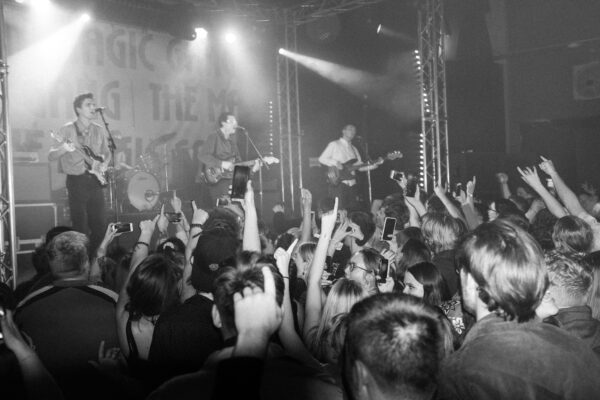 Rumour has it, when someone shouts “Indie dreamboats” The Magic Gang appear instantly. Perhaps this is because this gang are indeed, magic, or, because the New Forest four-piece have, in recent times, become so synonymous with choruses of vibe, that inevitably they’re always on our minds.

Taking over two stages at London’s The Dome with promise of a headline slot from the boys themselves, it wouldn’t be an all dayer if we had to hang around boogie-less until 9pm. Friends were, in-dee-d, brought in to help provide ultimate FEEL GOOD to the point of such charm that lowkey, if we had a squad of mates so fine to call on whenever we decided to throw a North London party, we’d be doing the same. 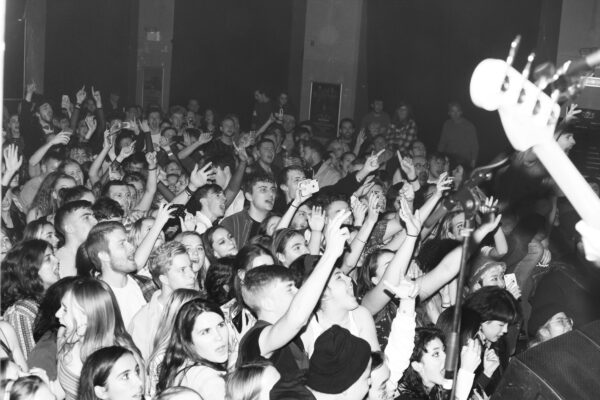 The extravaganza itself was a breeding ground of all your favourite in-scene-rs with an extra dose of shine because it’s almost election day and things could do with getting wholesome before judgement day is upon us. Kicking things off to an almost unbeatable start was Bristol’s Norman and recent parents to a rather fine 7” Blue Bendy. Think bruisey improv with noodled suspension and swarms of collective, and you’re on the right lines.

Speaking of rather fine, it doesn’t take much to impress when you’re a cowboy and oh Alan Power, what a dude you are. Crooning in as the kinda dad we all wished we had (we mean this in the least creepy way possible), “Shut the fuck up and listen” was the overall calling and we did so willingly. 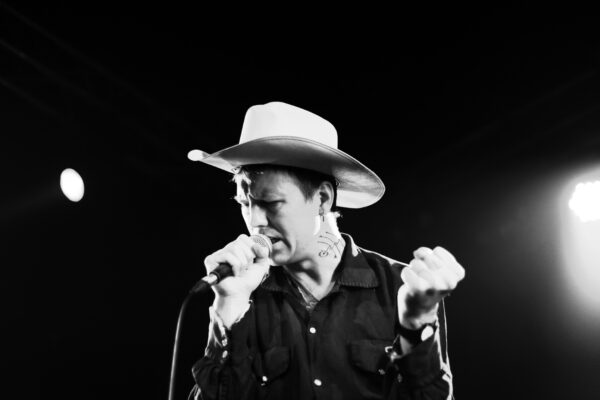 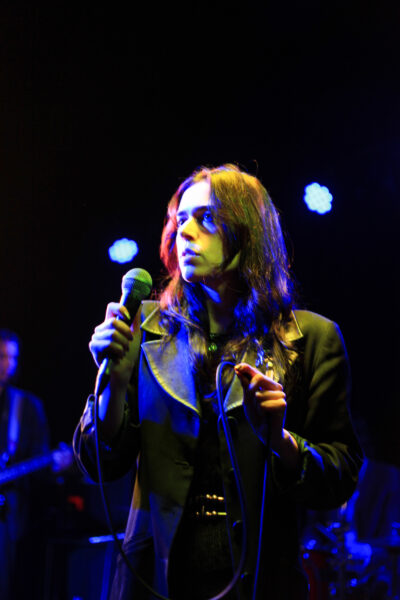 If unwaveringly badass poetry, Narcissism and tongue-out riffage is your shout then let it be said what a turn-out it was for everyone’s favourite DIY label Speedy Wunderground. Chasseing over the line-up with not just one but, three acts of total kickass, it was down to Ireland’s finest Sinead O’Brien, post-punkers Treeboy & Arc and ladies and gentleman, Mr. Lazarus Kane to take centre stage in demonstrations of utter realmy.

Tongue in cheek pheromone-ing via the U-S-OF-A via our hearts, Lazarus Kane is the exact kinda guy you would want to have around all day into night. If this enchanter can’t get your hips ‘a-groovin’ in manners beyond the means of science then quite frankly, nobody can. The on-stage outfits were both dazzling and full of well-pocketed vests; a defining factor for all good performances that, to our knowledge, hadn’t before been considered until now, and of which, we wish to see more of in the future. 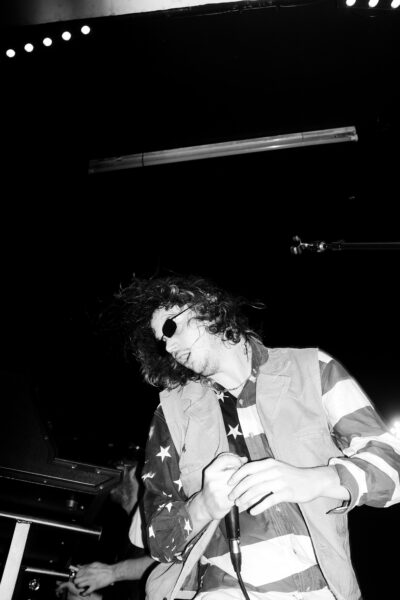 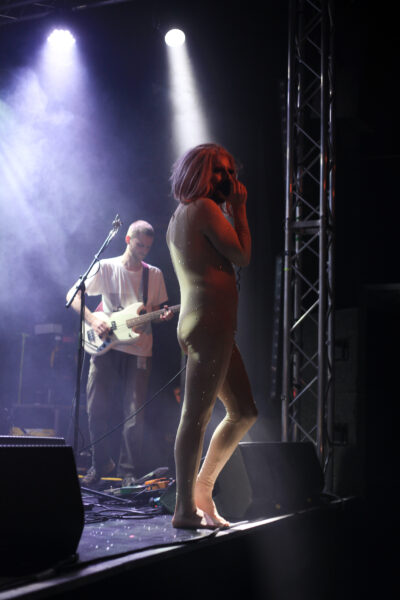 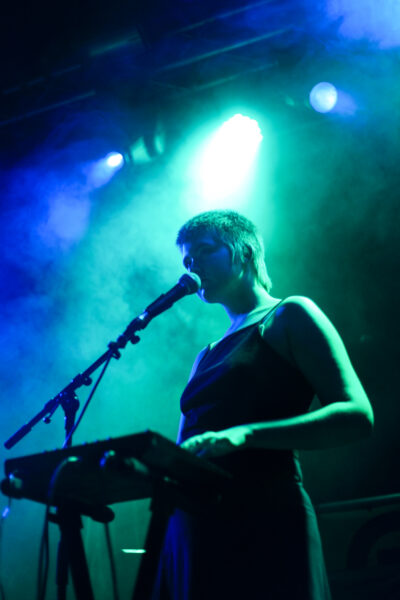 With Happyness, the clue is truly in the name. Back to back hits with sequins for days and a minor scandal involving drummer Ash, a megaphone and the stage riggings, this was rock ‘n’ roll at its peak glorious and un-tainted. Not to be confused, but equally as spirited, Happy Couple provided just enough intensity for everyone to have a much needed, breath-catching moment of mood. And then, there was PVA. What is there left to say about PVA apart from ‘put this on repeat and let this beamy dribble from a cracked-techno-toothed smile soundtrack my life already’!? If Talks doesn’t get you soul-stomping, nothing will.

In a turn of events more overtly legendary than when ‘Violet turned Violet’, it was time for The Magic Gang. There were people on shoulders and a whole lotta ‘this is what we’ve been waiting for’. If you didn’t already know at least 90% of the words before they came on then, with all the top-of-the-lung chorusing fans in the background, that was your chance to get on board. Rest assured, we did. 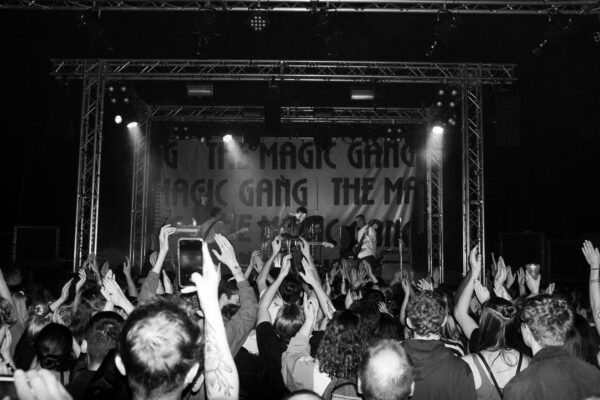 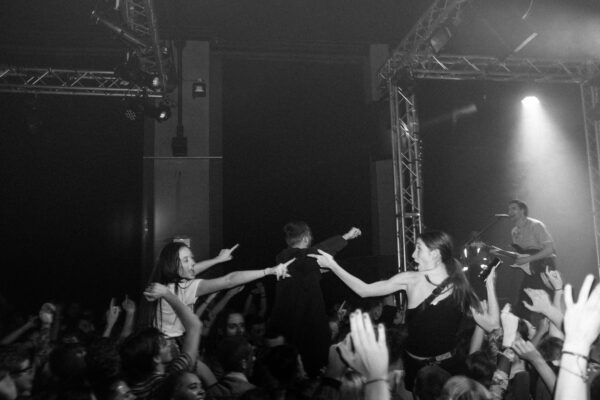 All photos by Percy Walker-Smith