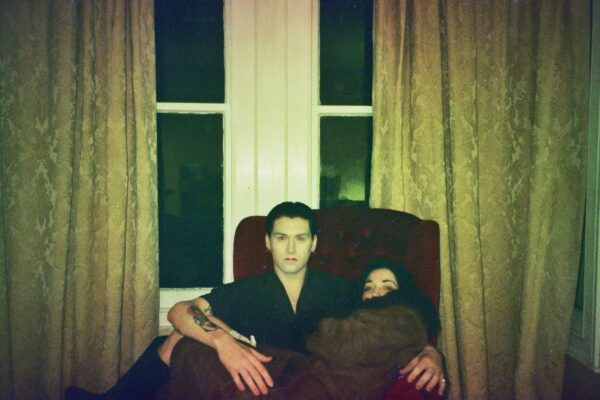 Nightmarishly twitching like the red-eye aftermath of a spiritual seizure brought on by an overdose of ‘Daisies’ and manic synth-séances, Robbie & Mona are the harnessed embodiment of un-armoured expectations. ‘Queen Celine’ is a psyche absorbing full-body-suit, crafted out of dissociative chainmail and a will to survive the toughest of existential winters.

Commanding a sensory coup in a crowning of its own meticulous abruption, ‘Queen Celine’ reigns un-tameable as the shiftiest of them all. Born out of an “amalgamation of loads of electronic things breaking”, she’s an exceptional face in a lost crowd of polka-dotted ‘Chytilova’ stills and narratively anarchic soundscapes; destined for grayscale freak-out’s and doomed theatrics.

Wrecking influence as a manifestation of interpersonal surrealism, Robbie & Mona’s ‘Queen Celine’ is a hallucinogenic ‘Hedge of Thorns’ cultivated expertly out of the age-old cinematheque of haphazard programming and zealous Maleficence.

A minute thirty is all it takes to stand the test of timelessness.