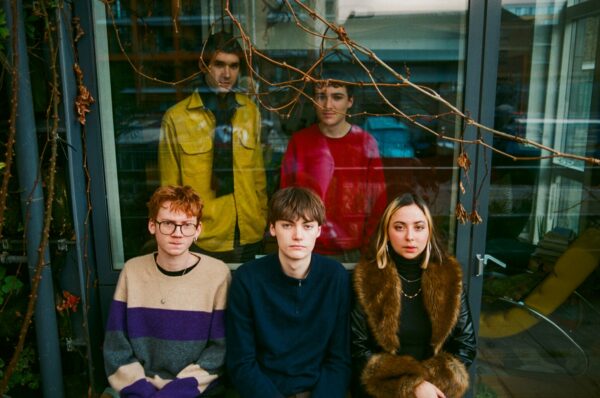 Roscoe Roscoe have gone for the jugular of their influences with ‘Brain Retrieve’, their first single for Slow Dance.

The track is unquestionably an unduly nod to the “progressive” sounds of dusty yesteryear – it’s lined with space-age solos and stadium-ringing synthesisers built like industrial vats. Yet they’ve been quite pragmatic, ‘Brain Retrieve’ is a knotty, bemusing practical that belies an actual sense of subtlety that’s almost mocking its listener for thinking this is an obtuse attempt at ripping off its main inspirations.

First and foremost, the ethereal vocals on offer here are perhaps sardonically whimsical – ghostly enough to retain its phantom cause and quirkily British enough to apprehend that extra weird sense of surrealism that has skewed our culture for decades. The purposeful change in pace is perhaps a little too leaden, yet it works – rather than give in to a sense of immediacy, they really work to their own pace – and its pays dividends in its process.

Best of all it sounds like it’s been fed through a slurry, and even within it’s layered veneer it still sounds pleasingly grotty. If you were to channel it any differently, it would lose it’s aspiration – I’m sure you’ll be able to find plenty of spectral-gazing psychedelics who purposefully attempt to meticulously craft such exploration in noise – yet this genuinely sounds quite loose, perhaps not in construction but certainly in delivery.

In centring their equilibrium between existential atmospherics and loose dissonance – they’ve crafted something unduly alluring, something to make you question whether you’ve been forced or simply coaxed into their reality.

Issue Twenty-Seven is out now.