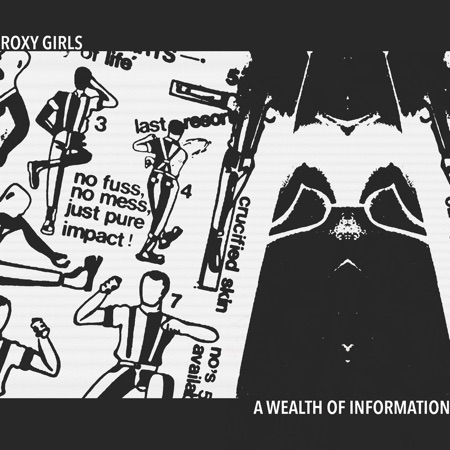 Amid the seven succinct tracks, there isn’t a wasted or gratuitous note to be heard. The DNA of each track so extra efficient and assured, gone is the experimentation and looseness observed in ‘A Poverty of Attention’ and in skirts a band that recognise their ability to hammer out a decent track in two minutes or less. Second number ‘Commands’ being a stellar example, though in song years it is but a brief burst, it’s jaggedness resonates and any song to mention a kebab is obviously gold by default. The juxtaposition of chaos and control ripples from start to finish like the staunch waft of a hearty cologne.

The guys haven’t digressed from writing in a fashion that’s direct and relatable, frontman Tom Hawick says“Focusing on the tropes of 21st century living and the mundanity that comes with it, these songs focus on themes that have in one way or another, affected each mortal modern human life”.The presence of such themes is prevalent in ‘The Droid’ in its exploration of how we are all dismally drowning in information to ‘You Have To Waste Your Time’ which rightly proclaims the art of procrastination as being imperative in forming an opinion on how to spend your allocated hours on this dystopian sphere we call home.

‘A Wealth of Information’ is pleasantly doused in personality and certitude, clearly in it for the long haul, confidence has come knocking for the Sunderland lads and they wear it well.