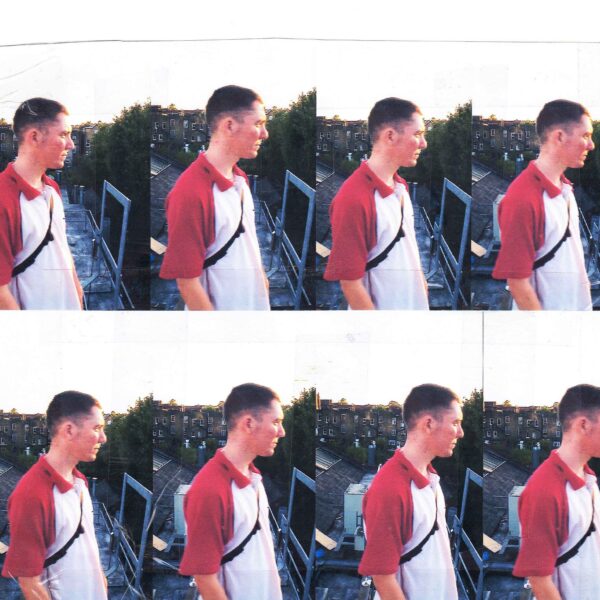 “I always lived by railroads. I would find places to just look at the horizon and I always expected there was something somewhere else. And sometimes I think that’s more a metaphysical somewhere else… rather than just to get out of the town.” – Jason Molina.

Expansively peripatetic like a birds eye shot of climatic continuum, ‘Molina’ is a sweeping epic of National Geographic proportions. A rhythmically meticulous melange of extracts from Molina’s biography and physical “reports of his death”, the four-minute trip burns with industrial retrospect and Saint Jude, the apostle whom we turn to in times of hopelessly lost causes, radiates sanguineness with a sonically contorted circuit of densely circulated stun.

We’re standing on the edge of an encompassed cadence. An apocalyptic spotlight glares down on the barrenness of globally greyscale-grandeurs belonging to a universe built to incessantly scrutinise lust, love and life whilst its inhabitants self-destruct into stardust. As we range over conventionally-challenged climaxes in search for a brighter, more synthesised future with a restless infrastructure to match- we’re in a house we don’t recognise as our own but the darkness is merely momentary.

Saint Jude is a viscerally beautiful artist. A heartfelt monitor of humanity and beaten electronica, ‘Molina’ is as much a brief kiss with mortality as it is a reminder of euphoric pluck; relieving pressure by facing up to life’s shower head as stroboscopic memories drip over-head like a thousand little accolades of flashed truth.

Be it in tribute, close-encounter, or somewhere between the white-light of existence and eternal slumber, ‘Molina’ is a magnified life-cycle that traverses far beyond the realms of club-culture experiment.

To coincide with the release, Saint Jude and Glows have released a Limited Edition ‘Molina’ T-Shirt. Grab yours here.