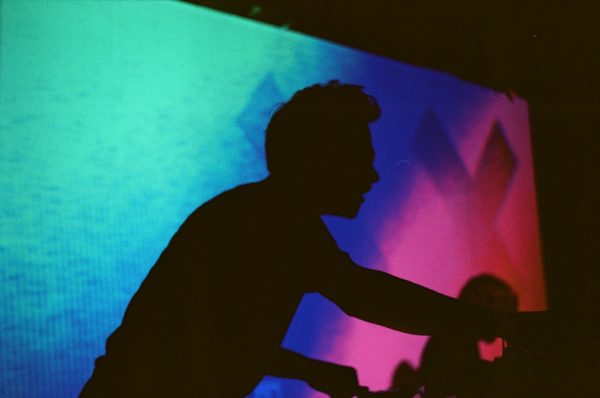 Little has to be said about the rich history of such an esteemed venue as The 100 Club. The venue has sat in the middle of London unbeknownst to those not in the know for decades now, but is a staple, incendiary venue to those who have graced its doors and played era-defining sets within it’s hallowed basement. 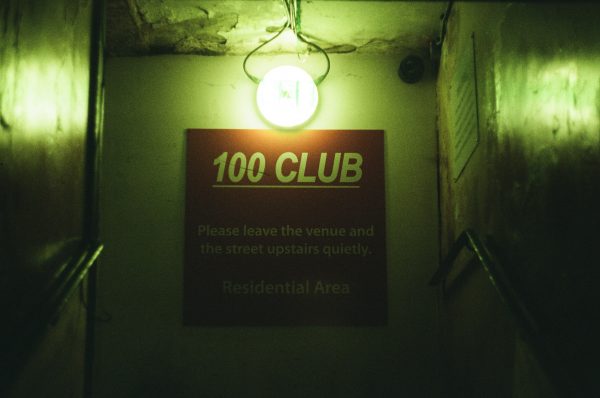 Amongst the bustle of early Christmas shoppers on Oxford Street, Scalping prepare to perhaps be another of those who lay foundational steps towards marking their own rich and vibrant history, headlining the first showcase of exciting new label Council Records. With members of LICE, Nadine Shah and Baxter Dury all in attendance, the Bristol group proceed to leave the sold-out crowd in awe with their colossal and highly visual live experience.

The Talk Show’s impassioned, brazen delivery moulds succinctly with their dark and alluring jangle-pop. It’s a short and succinct set that leaves a mark, capturing you in their winsome atmosphere and squaring up with their animated energy. Harrison Swann bounds around the stage, fire in his eyes as he beats his chest and battles with the deep burl that rattles in his throat. 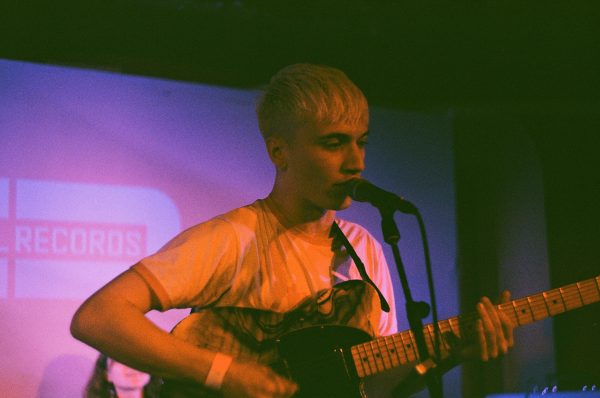 Yet it’s a slow burning proposition, the subtle structures of their sound slowly blossoming underneath the anxious and forthright elements of their performance. ‘Bruise’, their final track, is the definitive embodiment of their sound, embracing a new wave playfulness and a melancholic delivery and channeling it into brazen, surprisingly high energy songs, full of persuasive charm.

As the venue descends into complete darkness, and a flickering, fractured visual of a liquid metallic human being evades the screen behind them, Scalping make their arrival, descending into 45-minutes of seamless, provocative and progressive music that stuns and enlivens the unassuming crowd in equal measure.

Their sound traverses the high intensity of techno and the incomparable fervency of experimentalism, all packaged within the abrasive, full-on nature of noise to transcend into something physically effecting and ultimately thought-provoking.

The fact that the five-piece effectively play uninterrupted by typical song structures immediately gives them an air of uniqueness and mysticism that only emboldens their jarring and anxious sound. Synths clash with themselves, piercing the air among sharp blasts of pin-point snare, the rhythmic backbone of Isaac Jones on drums and James Rushforth on bass the deafening curators that allow Jamie Thomas and Alex Hill to wander and craft caustic noise on guitar and synth respectively.

Thomas’ guitar summons some ungodly dissonance that shouldn’t mould as well into the fold as it does, the dark nature of such a sound forming a seductive partnership with the skittish, warbling sounds that effervesce from Hill’s pre-sets.

It’s all defiantly splintered and fractious as neon, Windows 95-esque blocks suddenly fly at pace towards you, the live visual work of Jason Baker the imperative fifth sense that connects each component and makes Scalping as notoriously exciting as they are.

It’s difficult to truly know what to expect from a band such as Scalping next, but what you can be sure of is they will forge their own path whatever direction they take.