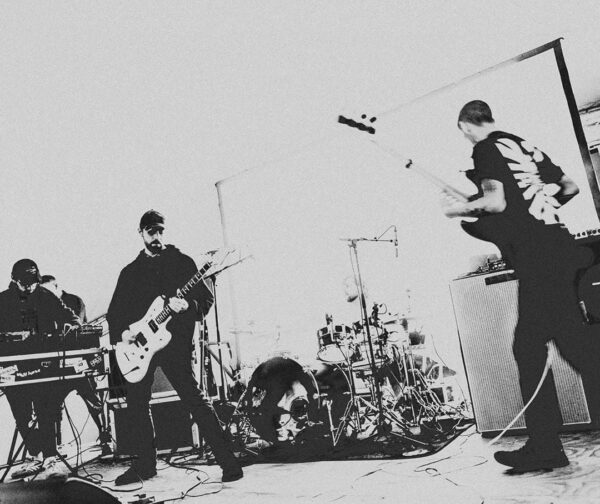 If we can take anything from this Summer, it’s the fact that it belonged to Scalping.

If you were lucky enough to catch them at any number of this year’s main stops, Glastonbury, Green Man and End of The Road in particular, then you’ll be pretty clued in to just how face-melting and deliriously explosive they are. Now with ‘Ruptured’, their new single, Scalping are exploring even darker and more intrusive territory, encroaching on your senses with a flood of intensity while ensuring you’re still absolutely losing your mind in the process.

‘Ruptured’ is the eviscerating, brooding older sibling of ‘Satan II’ – at first seemingly floating under gurgling, restless blasts and bubbling pad stabs, before amassing into an industrial machine – dissonant in its cognitive function and utterly destructive for it.

What’s becoming more and more evident with Scalping is that their ability to evoke unflinching, anxious hysteria within deeply entrancing and pivotally heavy movements is what makes them so substantial. It’s a cathartic release for the body and the mind through sheer unadulterated cacophony, and Scalping are undoubtably the ones in control.