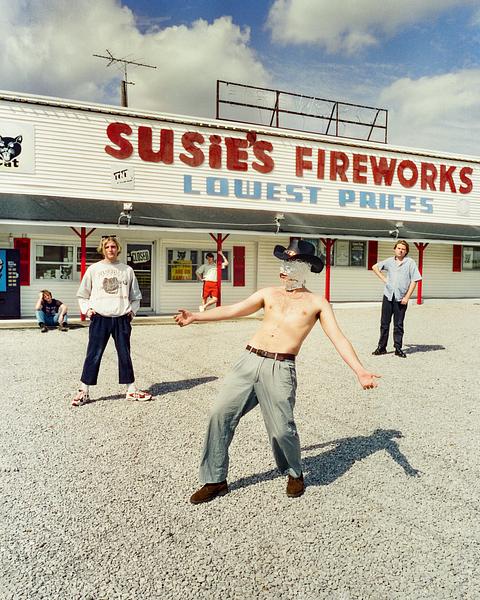 Self-consciousness and digital narcissism rest at the centre of contemporary millennial angst. An unfortunate facet of modernity which Shame have always been quick to parody. ‘Fingers of Steel’ contains within it a firm message to withdraw ourselves from overindulging in the black mirror; instead asking us to re-ignite our passion for the external, tangible world. By affirming that “there’s a sun outside, but you don’t see it”, vocalist Charlie Steen might be renouncing his outdated view in debut album ‘Songs of Praise’, that we need “something we can touch and feel” (The Lick).

Indeed, we now live in a heavily digitalised world where tangibility isn’t a necessary part of our existence. Acceptance, physical attractiveness, and social validity are all things found virtually; comprised from a number of synchronised finger taps on a heart-shaped button. The most popular influencer can simultaneously be the most isolated individual, such is the paradox within our society. In their accompanying video for ‘Fingers of Steel’, Shame are busy at work creating bootleg social media accounts in order to validate their own popularity – the parody is at work.

Speaking on the video, Charlie Steen said: “Self-obsession, social media flagellation and death can all be seen in this Oscar nominated performance. No one’s ever done a video like this before and when you watch it, you’ll see why. Think Casablanca, but in colour, and better.”

In typical Shame fashion, surmounting social issues are always met with an appropriate amount of irony. Or, an edging on nihilistic perspective. Maintaining the view that although things might be bad, at the end of it all, nothing really matters. This kind of unconventionality has always been something Shame express pertinently: issues like self-obsession are back drawn by over-the-top cinematography, and issues such as body-image are confronted by Steen tearing off a t-shirt in front of a packed venue, at almost every show…

‘Fingers of Steel’ is the perfect introduction to a third record which Steen promises to be “the Lamborghini of Shame records.” Recorded live, uncut, and with mistakes which bleed much more interest than perfections, Shame have never lost sight of what they started out doing. But this time, they begin to hone in on a sound which affirms maturity and a new wave of evolution.