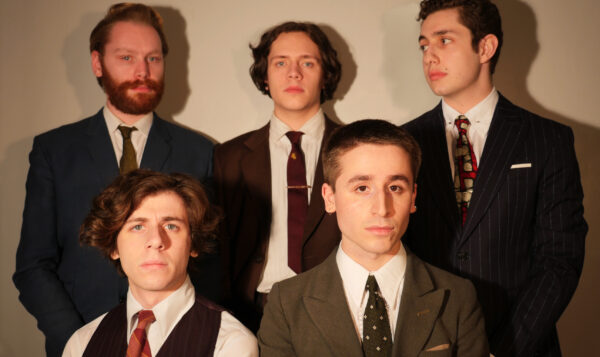 Sistertalk are a group born out of necessity. Formed by brothers Gabriel and Daniel Levy, their ingrained desire to create something that purposefully embodied their outlook on a particular creative industry became the reactive notion they needed to form a group they didn’t even plan to create. From that,  we have Sistertalk, an already infamously provocative live group who have now released the single that brought them to where they are today, the distinctive ‘Vitriol’.

‘Vitriol’ is a vital introductory piece, battling the industry the group have entered into with an industrial bout of cynicism as jittery, ominous instrumentation embellishes its foreboding, scathing perception.Gritted, jarring synth invades the startling momentousness of the rhythm section, laconic and utterly self-governing in the way it sways and jives in every direction. If the disquiet that lingers within the bass lines and sudden, stark screaming wasn’t foreboding enough, Gabriel Levy’s snarling drawl conducts it all into a frenzy of thrilling intensity.

Levy’s intonation, bleak and despondent, is the poetic cheeky wink, astute yet undisciplined that you fearfully wait to crack and become riotous. As he trembles “I take it, you’ve had enough of this“, the band implode, synths and drums falling in one another. The band are cataclysmic yet smartly captivating, something which could come to positively define them.

The band will play a headline show at The Windmill, London on 13th March – Tickets available HERE.