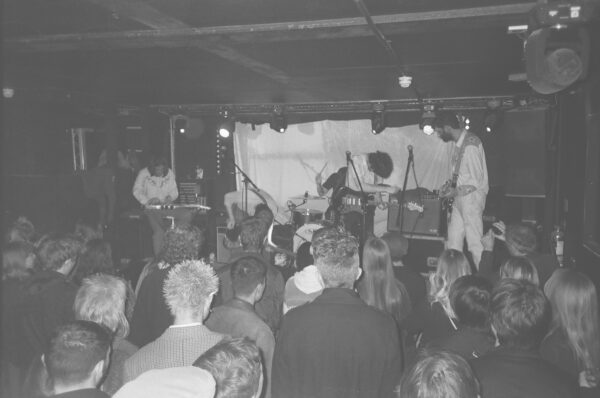 String slingers Sleep Eaters might say they “want to be electrified, just to feel alive” but time and time again this bunch have demonstrated that it’s their apt of lyrically lingering lonesomeness and, high voltage inky-ness that sparks endless desire. If you can dare to imagine The Ballad of Buster Scruggs, in all its isolated sentimentality and deep-rooted narrative but, set in South London and with supplementary swoon just in-case you didn’t get the mood memo, then you’re somewhere along the right lines with this. Let it be said, the belts themselves may have come from Beyond Retro but, the hearts ring true. 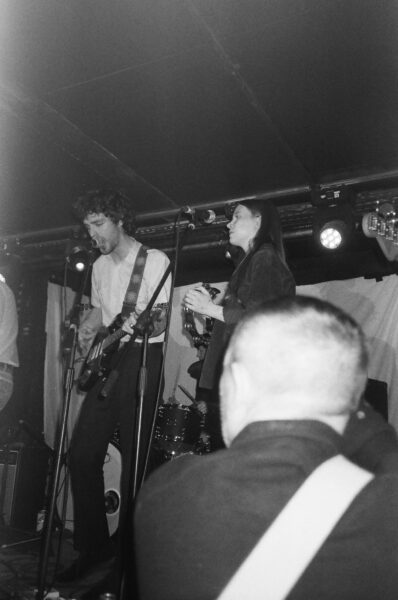 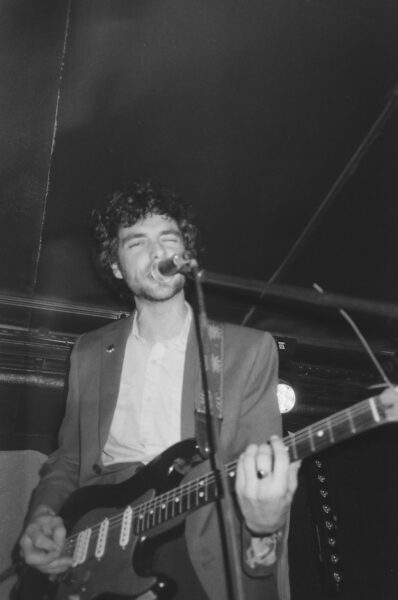 Having released their debut EP earlier this year (Holy Days via PNKSLM Records), with one sheer sweep from a set of handsomely six-stringed and twang-tattered brooms of electric, the five-piece transfer scattered spirit into the atmosphere and down to the now possessed crowd below. Upturning chalky croon as each crevice of our minds are filled with pools of compacted urgency, clogging our pores with clouded forebode and staining the studio in an earthy blush of brood. If all it takes is five souls and a lapsteel to cause such swelter then fuck, let’s all admit we love a good soul-roar and get with it already.

Looming seamlessly as a band of baited bandit, numbers such as Life of Sin and Valley of Dogs were devilishly bitten nuggets of fusion fools-gold that meld cinematic bravado with garage howled riff to conceive something wholly anarchically-un-holy. This was not a night for reservations. Knotty and completely encompassing, this was roister-ripping gratification at its gnarliest; rest assured, Sleep Eaters are well and truly blazing.

All photos by Deimante Sprainaityte