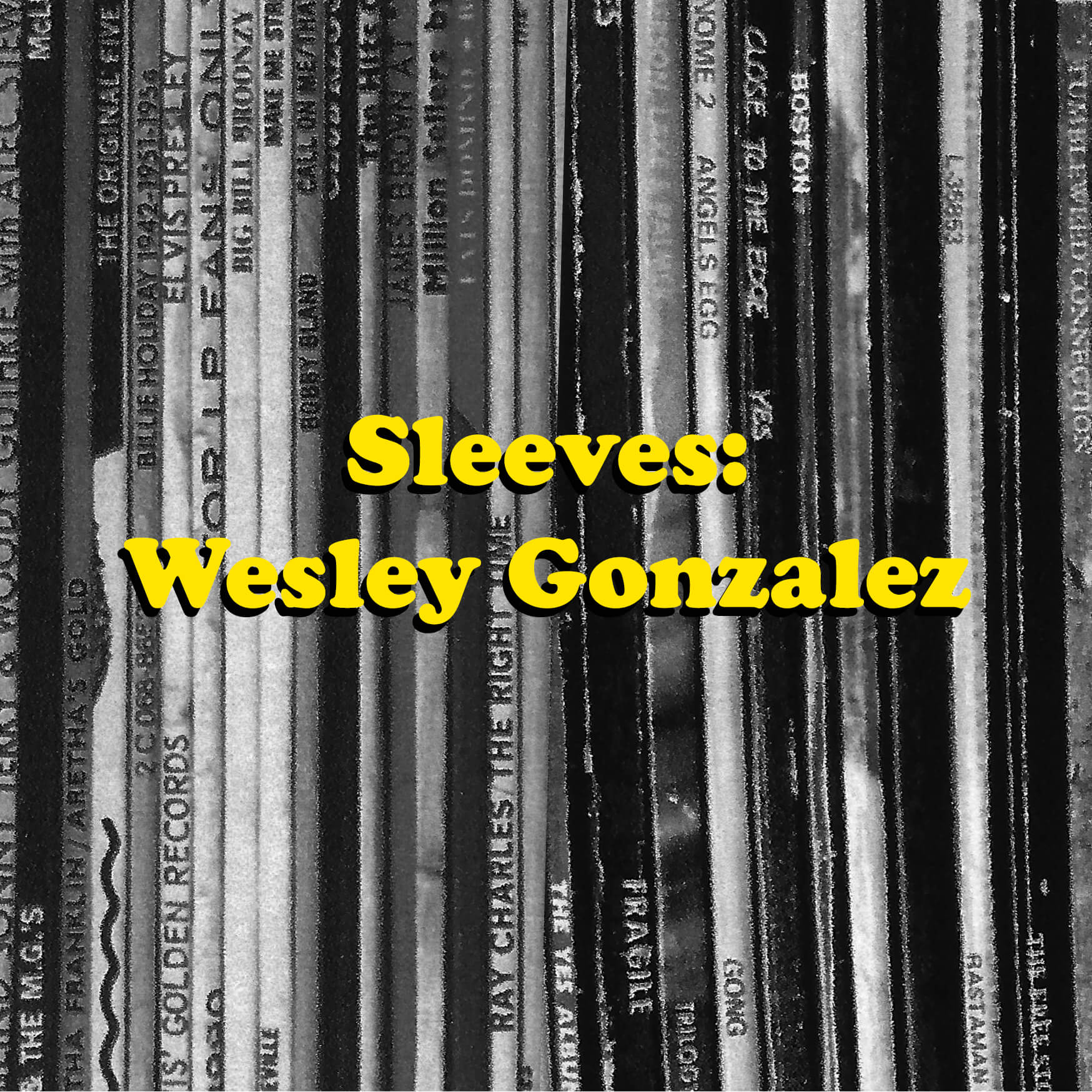 The resurgent re-arrival of vinyl upon our shelves is pleasing beyond the magic plastic disc. It means we can make that extra connection with the bands we have placed our faith in and investigate their minds. We may no longer be within a time where artwork dictates our purchases, but the art that accompanies our favourite records will live with us forever. We think album sleeves are something to celebrate, as does Wesley Gonzalez. Read on as he informs us of his favourite sleeves, explains why they’re so special and also gives us the inside scoop on his own artwork. 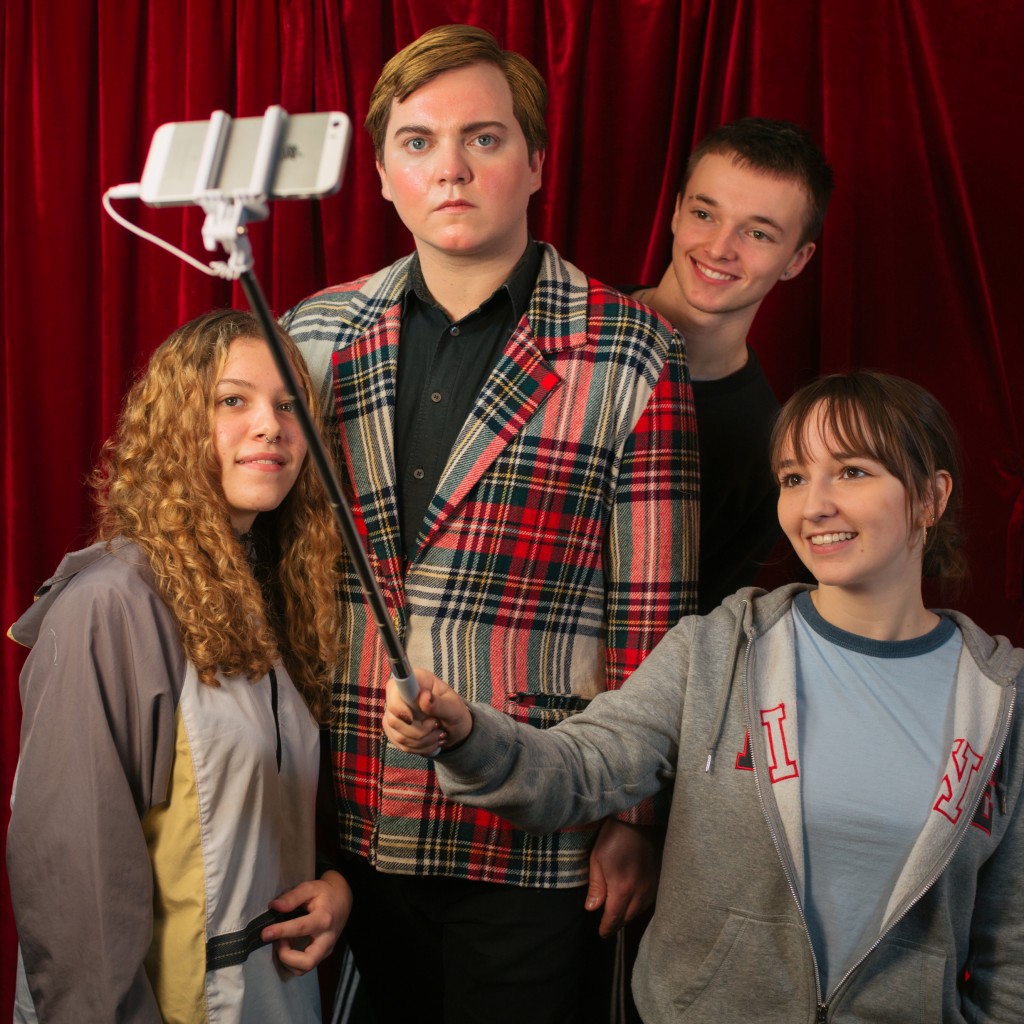 The cover to Excellent Musician is derived from an idea for a press shoot for my old band Let’s Wrestle; we were going have our photos done at Madame Tussauds, as if we were tourists. I always loved tourist spots and how this attraction, so popular all over the world, is just weird models of famous people. In fact, my good friend Danny Nellis and I shot a video at the Madame Tussauds in Blackpool for the first single ‘Come Through And See Me’. It had far lesser known celebrities, a tourist attraction made up of mainly people from ITV shows, Perfect! So when I thought about what cover to make for an album so arrogantly titled Excellent Musician, I figured that I, of course, should be a waxwork! It’s all had a sense of irony, I guess, although I feel like perhaps this is me playing out the sick fantasy I have been trying to keep quiet, up until now. I enlisted the help of the brilliant Laura McCluskey to take the shots upstairs at the clothes shop Paper Dress Vintage. We also enlisted my young brother and sister, Otto and Nancy Gonzalez, as well as Queenie, the younger sister of my friend Pearl, to appear as young day trippers who have a selfie stick and know how to use it. I’m really proud of this sleeve, and it proved worth me having to sit for 2 hours having makeup plastered on. 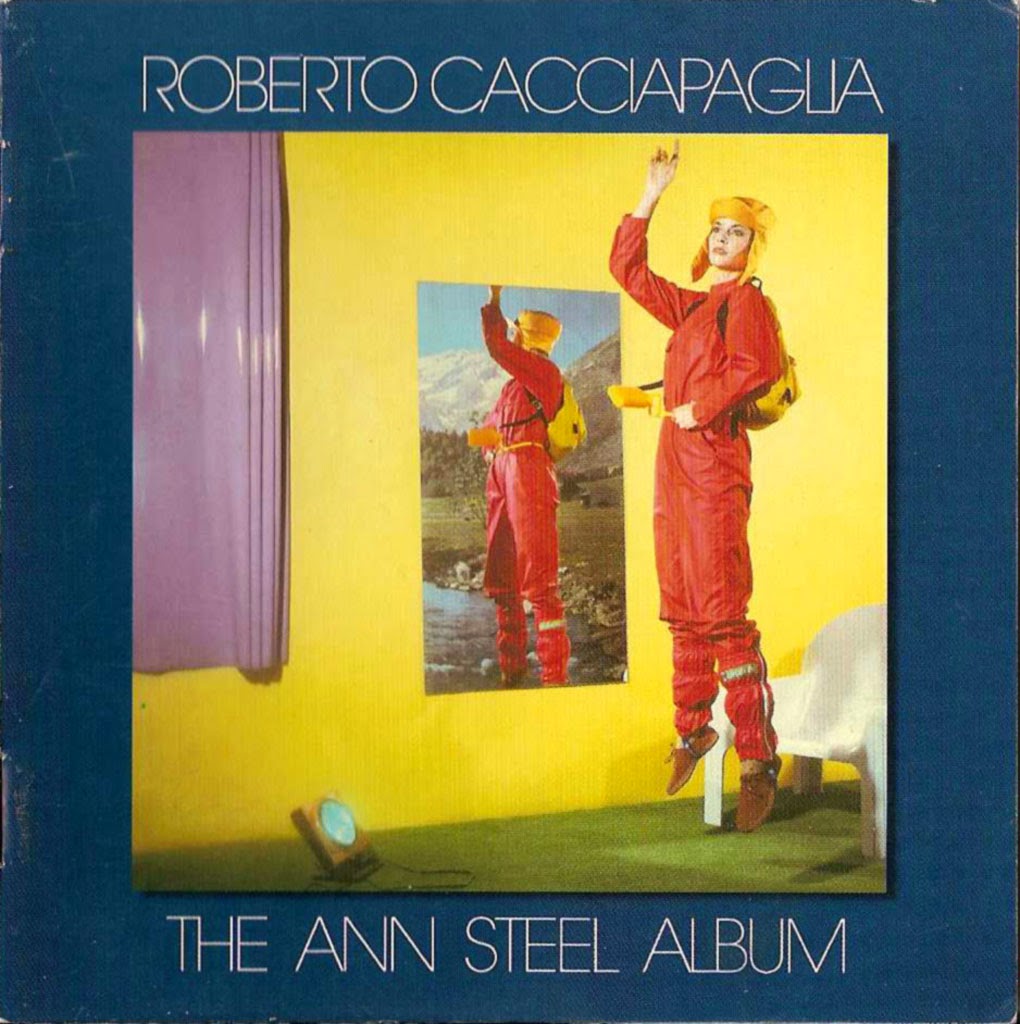 This is one of the most perfect record covers I’ve ever seen. Roberto Cacciapaglia was an experimental Italian composer and he met model Ann Steel whilst she was holidaying in Italy and they decided to make a record together. I think her outfit is absolutely fantastic, very Swiss! When she is reflected in the mirror, there’s a mountainscape behind her. The curtain next to her is purple and looks like its made of latex. It is a bizarre looking but incredible sleeve; it pleases my aesthetics in such a rounded fashion, akin to how Devo presented themselves early on. I feel that this is the most perfectly modernist looking album ever made, every record should look like a Dadaist Ikea catalogue. 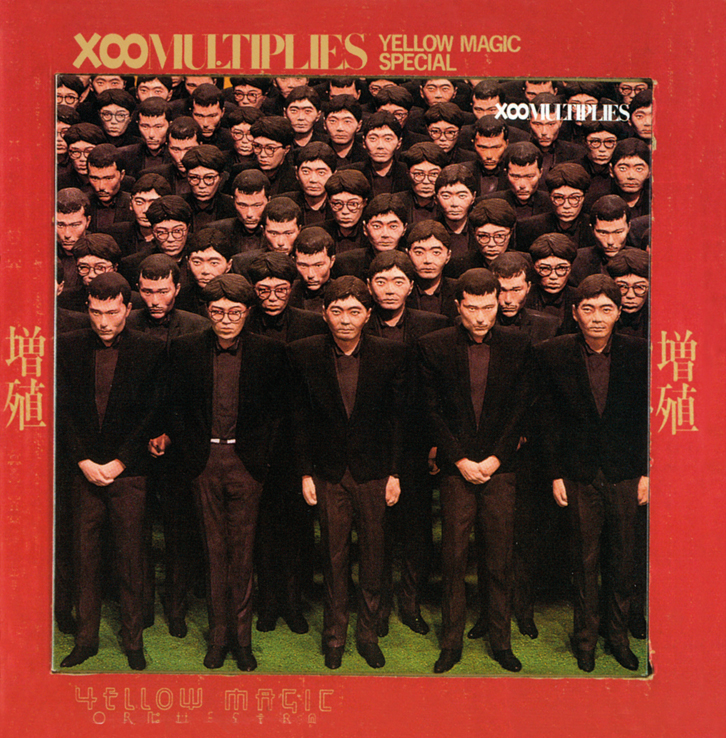 I can’t seem to stop talking about how much I love YMO. Their artwork is always fantastic, and this particular one was a big influence on how I wanted my record cover to translate. It’s very communist; the clones of the 3 members of YMO repeating again and again to make an army, even better when you open the gatefold and see the giant army spread over two sleeves. It’s also one of those simple ideas where I can’t fully figure out how the sleeve was done, I’m guessing plasticine models, but it’s so well done its hard to tell for sure. Always the sign of a great sleeve. 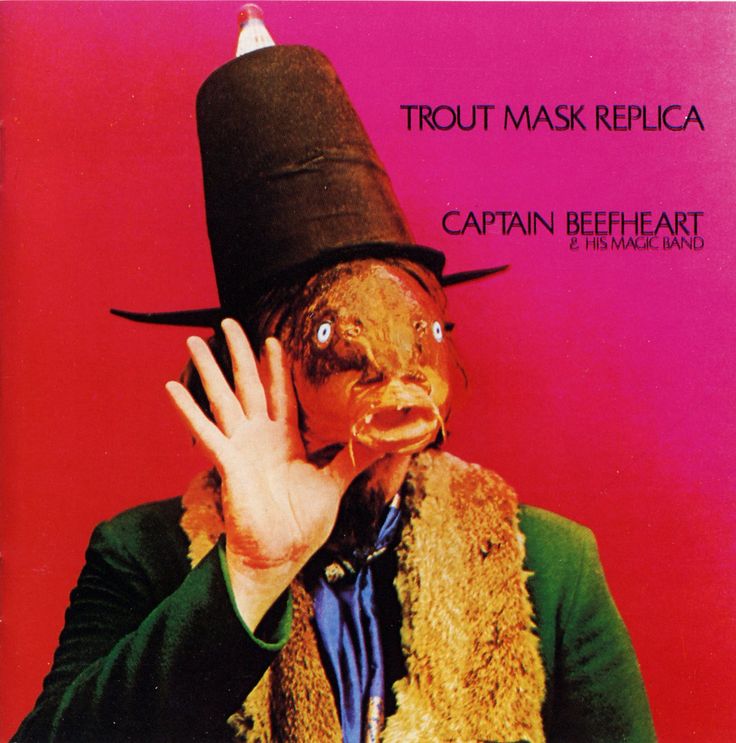 What can I say? He is holding a Trout in front of his face, it’s pretty literal to the album title. The way he is holding the fish is so perverse, his hat has the front side of the brim cut off and has a shuttlecock glued to the top, that doesn’t even take into account the fact that it’s the kind of hat someone would wear if they were going to burn a witch! It’s fucking insane and reflects the music perfectly, I love it! 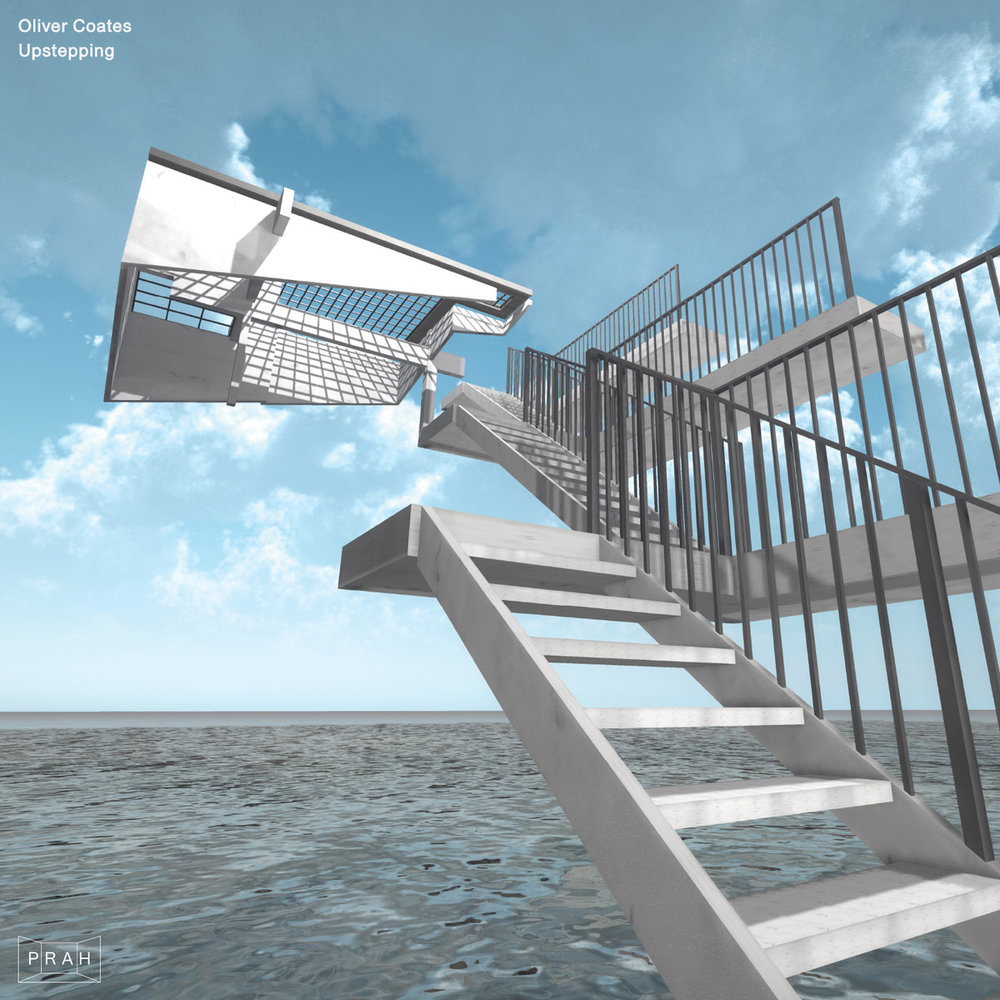 I thought I’d put a more current record on the list, and this was my favourite LP of last year by the brilliant Oliver Coates. I absolutely love the cover art. There’s lots of new records utilising this kind of digital art, Holly Herndon being another musician who uses the form brilliantly. I love the look of the computerised water and the simple stairs that lead to a portion of a building. It’s simple and very visually sparse and isolated. 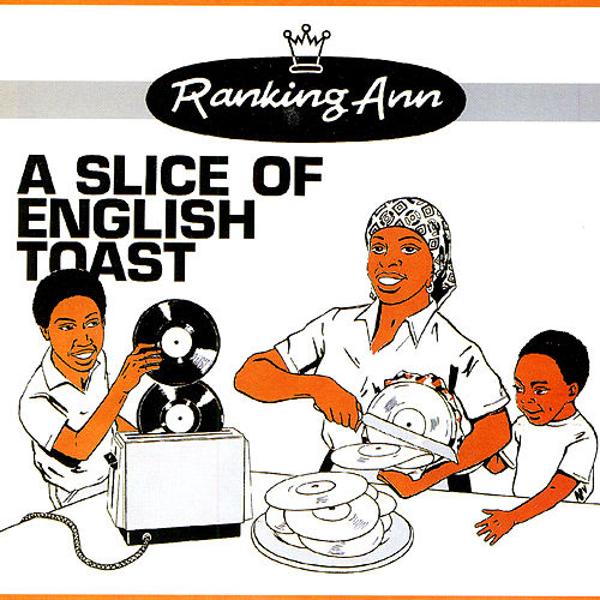 Ranking Ann is a brilliant British Dub artist. I love the sleeve as it looks like a drawing out of a school textbook, with Ranking Ann and her two children preparing records in a toaster. What’s not to like? Brilliant fonts as well! 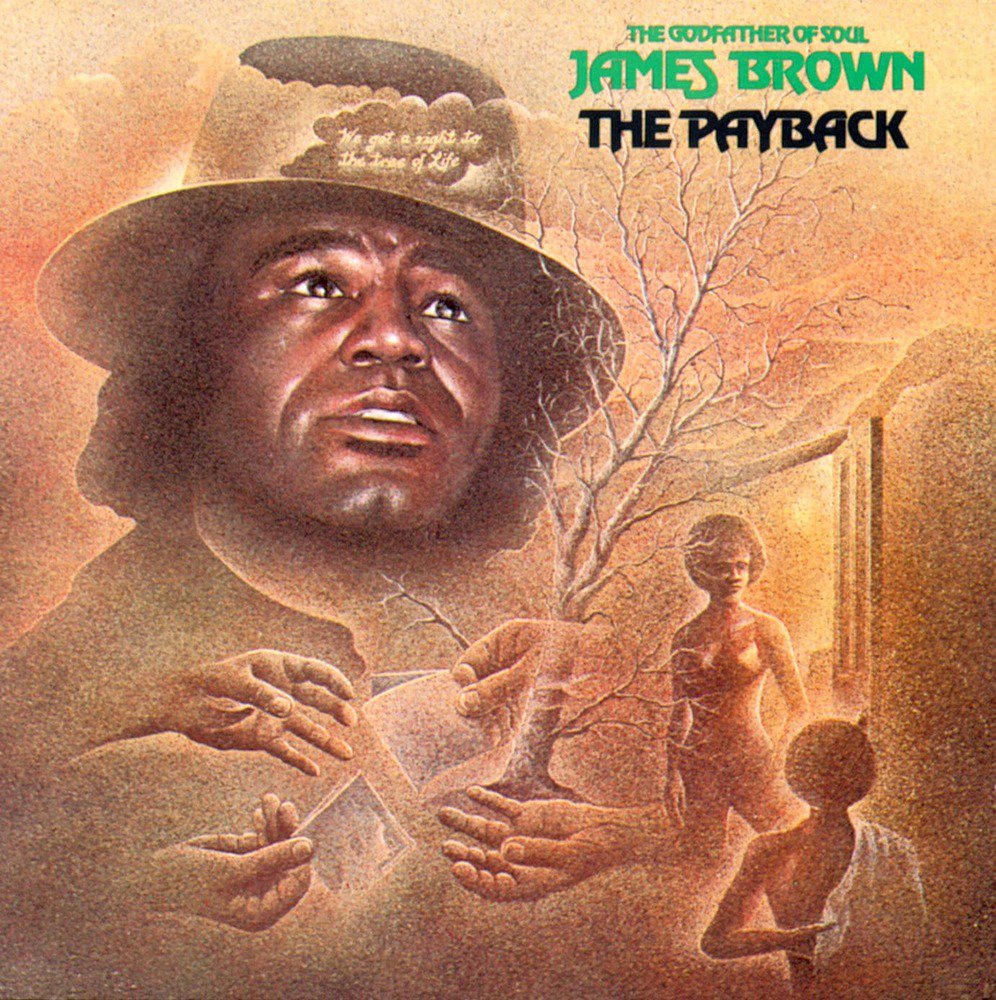 James Brown! I love the airbrush style in which the sleeve is done. It resembles a poster for a Blaxploitation film, as it was supposed to soundtrack one called Hell In Harlem, before being rejected by the film’s producers. I tried to do something similar to the airbrush effect on the 7″ sleeve for my single ‘Come Through And See Me’. I love airbrush artwork – there’s a book I love called Rock Dreams, which is also all done in this style. I believe the artist who made it went on to make the cover for Bowie’s ‘Diamond Dogs’, another brilliant cover! Anyway, I love this sleeve, it suits the endless scratchy grooves the record conjures up and he’s just the fucking coolest! 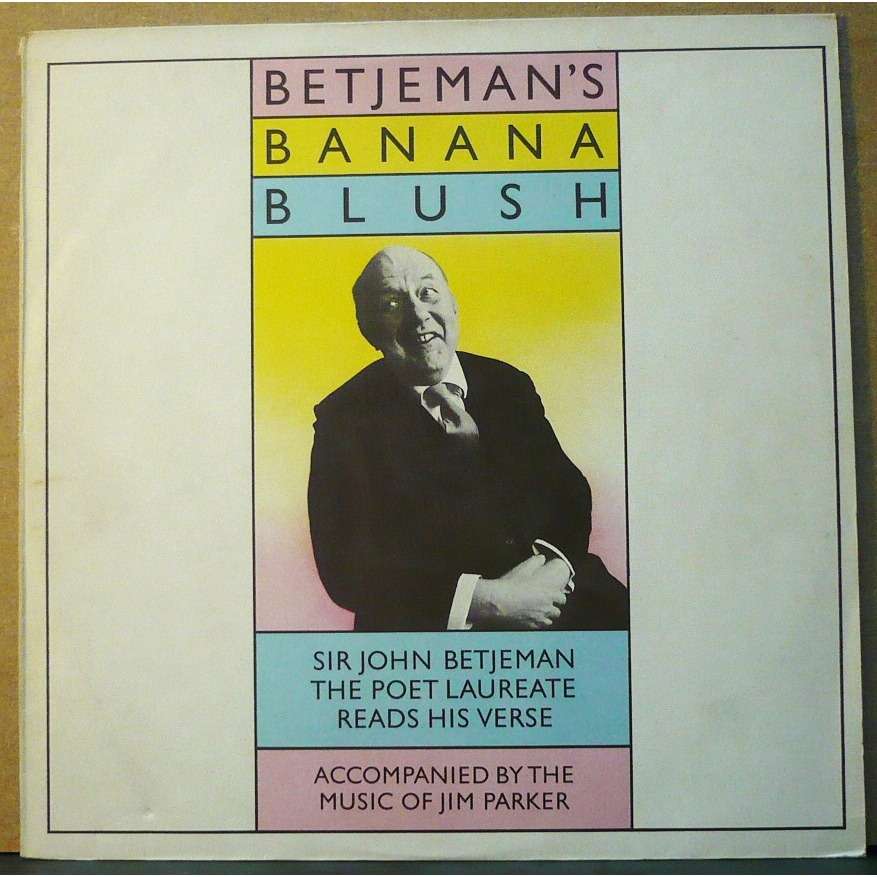 Going from the godfather of soul to the most English of poets laureate. I love this record sleeve; how it’s laid out, how simple it is, the font, the photo, the 3 colours and the music/poetry held within its a vision of an old romantic London – boating on Regent’s Park, having a picnic outside Kenwood House, it has a very grand simplicity. I think it’s beautiful.

Have a listen to Wesley Gonzalez below.