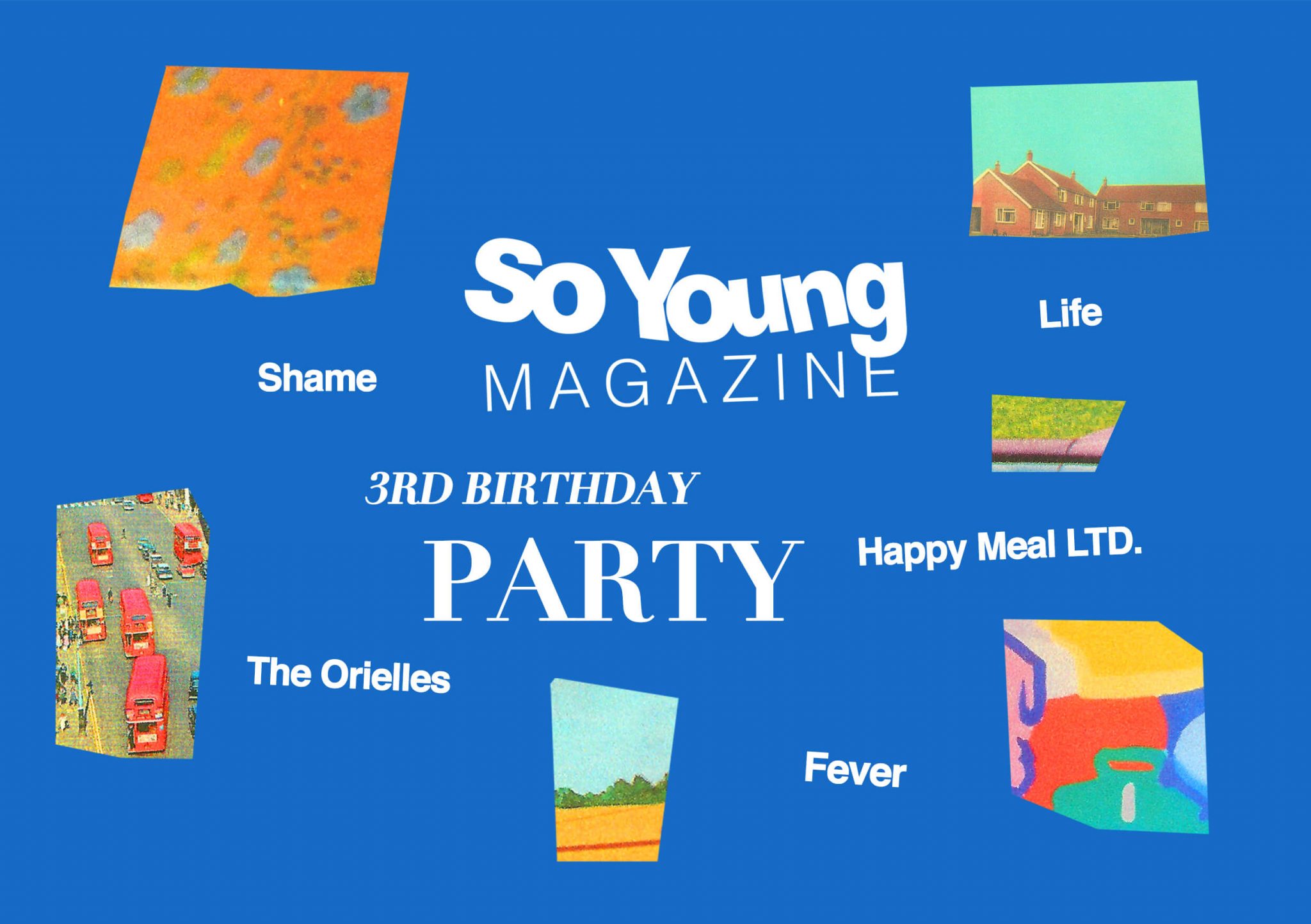 We’ve nearly made it to three whole years of being a print magazine. In 2013 we released issue one with no idea when or if issue two would arrive. As we approach our 10th issue and our 3rd birthday, we thought it was only right to take over The Old Blue Last once again and put together another FREE party to celebrate!

Our parties to date have brought the likes of Superfood, Baby Strange, Public Access TV and The Big Moon to town and this time around we’ve gone for five bands who will make your future better. Five bands who are making the right noises beneath the surface and deserve your attention early. Join us on Saturday 2nd July with these legends:

Dominating the Bike Jacket and Baseball cap scene for the last 2 years, this Hull 4 piece have come into their own in the last 12 months. It’s gung-ho DIY with something to say. Latest single ‘Popular Music’ takes an exhausting pace and reflects upon the popular culture we wish we never knew. Life are a band with something to say and we’re listening.

The five piece from the south of London are a grounded bunch. They’re keeping it simple, they’re holding it steady and they’re ready to make you listen. With limited material for the public to toy with, it’s their live shows in which they have built a reputation. Since returning from a tour with Fat White Family, it appears it’s finally time to put Shame within the hearts of the wanting. There’s no secret formula here, it’s guitars and a message. The way it should be. Here’s a live video to give you a heads up.

Whispers are becoming rumours and the rumours are causing a stir. People may already be talking, but Happy Meal Ltd are very much at the beginning of their band tenancy. It only takes a brief look at their tumblr page to realise that we are about to embark on something different, something weird. I say weird in the most positive way possible, who wants boring? As live audiences grow, Happy Meal LTD are spreading their glam to increasing masses and we want in. You should too.

The three piece from Halifax // Liverpool know exactly what they want to be. It’s a teen reflection straight from the beach. Delivering a sound that many have tried to produce, it’s the charm of being so young that carries it so believably. The music is a sea side escape from their English towns and we can barely keep the sand out of our eyes. Their latest effort ‘Jobin’ has been released with Art Is Hard Records, a perfect step forwards for a young band with a big future.

Popping up the road from the South Coast will be Southampton chancers, Fever. With no end to their potential, they’re a band that we are all waiting to make the next step. Online output ‘Shell Shock’ and ‘Sucker’ has placed them on many a show, with many a buzzy band and they’re the living proof of why it’s important to get to a show early. Fever boast one of the best voices you’re likely to hear and with an eclectic set, it’s likely they could be boasting your next favourite song too.