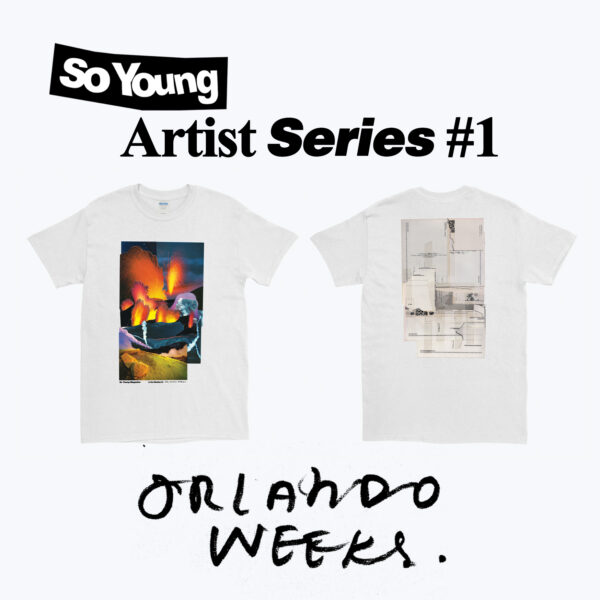 The So Young Artist Series is a new project we’re launching in which we’ll collaborate with some of our favourite artists and designers on one-off items of clothing.

Our first edition really encapsulates what we’re all about at So Young, the combinations and crossovers of music and visual art in all their forms. Our first artist is Orlando Weeks, songwriter, illustrator and collage artist. We’re honoured to have Orlando on board for our first item and so we caught up with him to talk about his creative process.

What are the main differences for you between working on an illustration or writing a song? Both of which I imagine are initially isolating processes before you share with a publisher or bandmates…

With illustration I have a better idea of what something should end up looking like. With song writing I feel far more at its mercy. It’s the boss of me … usually. 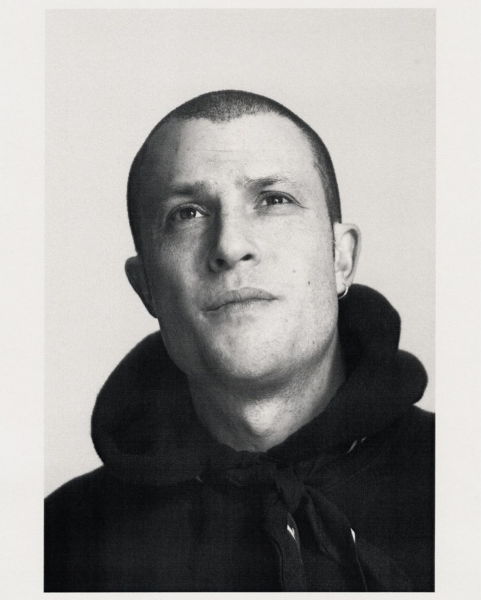 Do you enjoy one process more than the other?

Not especially. I can feel just as sick of one as I can with the other. Having said that songs are always more hassle. Both have their perks … I like that I can have the radio on when I’m drawing and a muted film on in the background if I’m sat with the piano.

Where do you draw your main inspiration from?

For me, any potential satisfaction that can be taken from making stuff has a sort of inbuilt vanishing horizon. The best song I’ll ever write or my favourite or most accomplished drawing is always the one I’m about to start. I suppose that counts as inspiration … the fizz of that potential.

My grandmother painted and I remember her sitting me down and teaching me about how to keep the point on a soft brush. She was big on brush maintenance. She taught me how to blow smoke rings and how not to fuck up paint brushes. I remember her paintings of bowls of fruit dotted around the house. 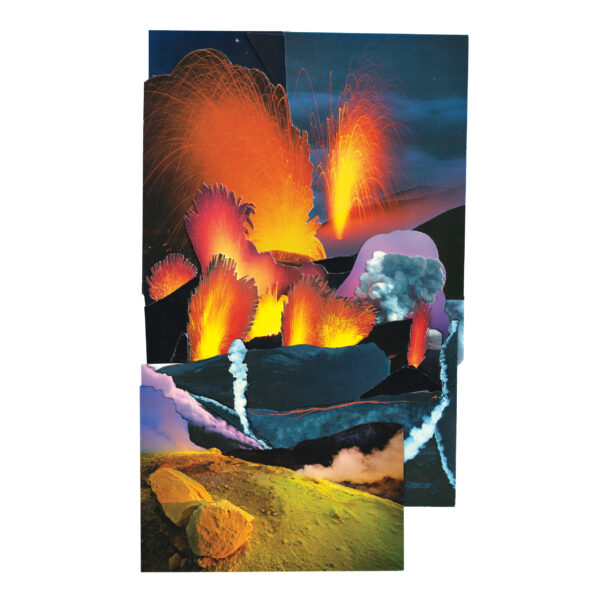 What’s the story behind the collage you’ve used for our collaboration? Where did you find the original images?

I started doing postcard collages on the last Maccabees tour. No one buys or sends postcards any more. They were the original Instagram post. A shiny, picture perfect image of your holiday. Two cocktail glasses clinking in front of the dream sunset … best life stuff. I liked the idea of doing something with these increasingly discarded objects. The postcards on the T-shirt are from a holiday to Sicily and the Aeolian Islands. On my holiday I didn’t see a single eruption but you wouldn’t know that from the postcards that I came back with.

A lot of collage involves collecting pieces of found imagery. Did you collect anything as a child? Where do you think your tendency to assemble collages comes from?

I tried to collect things as a kid. I wanted to be the kind of person that collected things but I’m not diligent enough. Not enough of a dyed in the wool enthusiast in any particular direction.

In terms of collage… I think it comes down to genuinely rating my ability to cut stuff out. Growing up, no one ever asked me to do their home work but I was asked to do people’s cutting out. Nice to do something you think you’re good at. 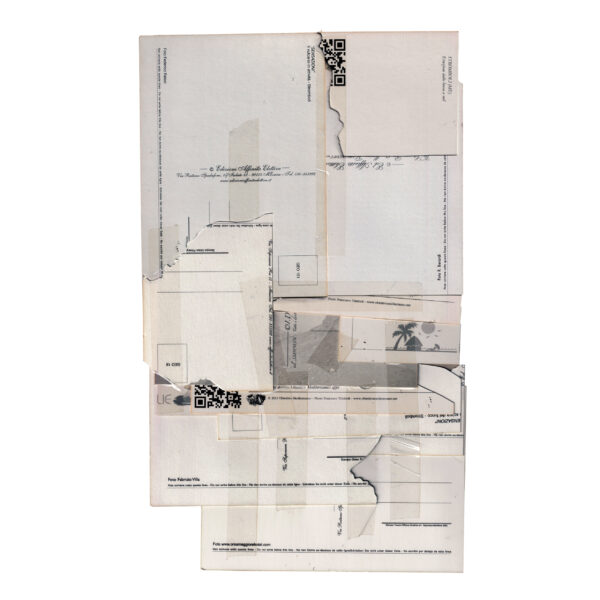 What projects are you currently working on?

I’m finishing my record at the moment which will come out this summer and preparing for the tour that’s coming in March.

You can buy Orlando’s T-Shirt here.