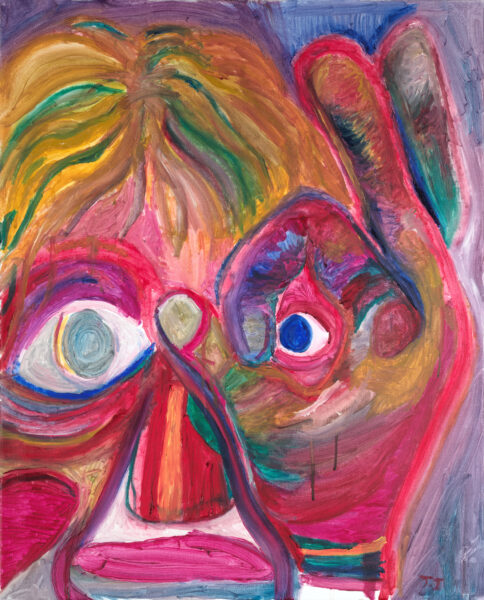 The So Young Artist Series is an ongoing project in which we collaborate with some of our favourite artists and designers on one-off items of clothing. In our eleventh edition we’ve collaborated with artist and Bristol gig-going legend, Big Jeff Johns. His striking piece, ‘Are You Ok?’ adorns the front of the tee in all its glory. We jumped on Zoom to talk about his new exhibition, how live streams got him through the first lockdown and art’s thereapeutic value.

As a famous gig goer, how have you found the last 18 months of lockdowns? Did you kind of replace gigs with painting or was the painting already there?

I’ve always seen art and music as going very much hand in hand. There’s so many creatives I know who are either involved in making music or involved in helping musicians with making music videos or whether they’re people who do artwork for albums or poster designs.

We very much see it as intertwined and that’s the point of So Young. I’m personally massively influenced by vinyl sleeves.

That’s the thing that got me into artwork in the first place and it is one of my ultimate dreams to do an album cover for an artist and then see that on a physical product. It’s the tangible dream of being able to see that in someone’s collection.

As a project with Art In Motion I did imaginary records so I did my own designed record sleeves with completely made up records. We displayed them as if they were in a record shop and tried to get people to touch them and have a flick through. Quite often in the art world people are told not to touch things.

Is this first time you’ve exhibited your work?

I’ve been involved with a few group exhibitions but it’s the first time I’ve shown stuff on my own. I’m excited but also nervous because you know, you’re always going to be nervous when you’re showing something for the first time.

Going back to vinyl covers, I think your work would look great on a record sleeve.

Of course I’ve got my extreme wish list of artists.

Who would it be?

Someone like Little Simz would be great. PJ Harvey would be the dream to be honest.

Can you remember the record sleeve that’s really stuck with you?

I always remember seeing the King Crimson album and seeing that freaked out face. Also seeing all the imagery that went with classic albums like Pink Floyd, The Beatles and then through to even stuff by Jimi Hendrix. If it’s got a strong image it kind of creates an impulse in me. There’ve been some records which I’ve just bought, especially if I’ve been into a charity shop, where I’ve picked up records because they’ve got really good looking sleeves. I’ve discovered Yellow Magic Orchestra, Osibisa and a whole host of artists just from picking up the albums.

Was it difficult for you to suddenly stop being able to go to gigs back in March last year?

It was definitely worrying. I was really scared of losing the venues. Losing access to the things that really helped me, really. Whether it be losing places like the Louisiana or the Exchange. There was that initial level of uncertainty. But somehow there was still a weird kind of positivity with (people saying things like), “Oh, it’s only going to be a few months, we’ll get though this.” And I think that helped with the first lockdown because there was artists doing regular live streams, that definitely helped me. Because I’d time my evening walk to whoever was doing a live stream that day. What I liked about some of them was how you had some of the professional pre-recorded stuff then I also loved it when (for example) Specialist Subject had a live stream on their Instagram every Tuesday and that would all be done on people’s iPhones and so the artist would kinda go, “is this thing on yet?” You got to see them in their bare naivety. I’d also recognise people in the comments, I’d usually go into the comments and say ‘hi’ and give everyone virtual hugs and there’d be an exchanging of jokes.

The live streams during lockdown got real mixed reviews but I think it did help a lot of people stay with it initially.

The thing that helped me was having a bit of structure and so Monday mornings I was a part of a life drawing zoom group, so that gave me a reason to get out of bed on a Monday, Tuesday would be IDLES AF Gang Zoom get together, just checking up on how everyone was. Between that I’d have things like doctors visits and also I did a conversation series for Independent Venue Week. All those little things really helped. 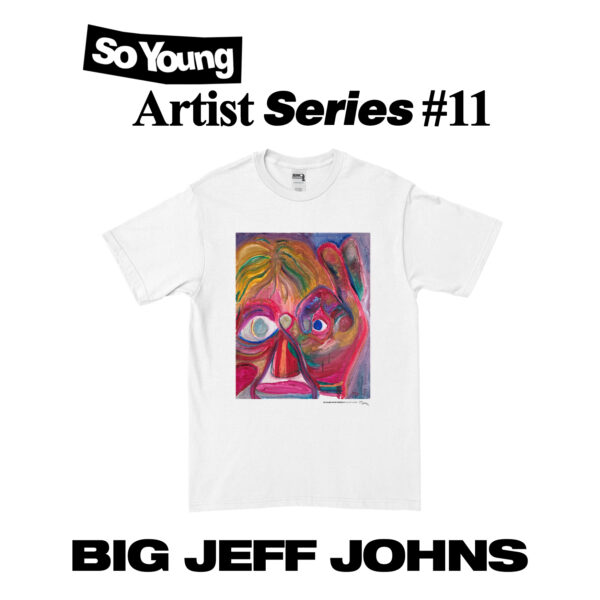 Tell us a little about the piece we’re using for the t-shirt, ‘Are You OK?’

That was created partly because of the hand signal I used to use a lot. I still do. Because sometimes if I’m in a noisy situation, like the gigs or clubnights, sometimes if I’d see people I’d use non-verbal communication. So when you see someone across the crowd you’d give them a thumbs up and the ‘Are you Ok?’ symbol. Basically it’s something which I wanted to paint in a way that was kind of expressing how I felt about it, really. I used to use it very frequently. I’d go into a gig in Bristol and give people a thumbs up, sort of thing. I think that’s where IDLES nicked it from. Because either Joe or Dan would quite often be serving me from the bars. There was a time when I couldn’t avoid them. They’d either be the support band or either Joe or Dan would be serving from behind the bar. I literally couldn’t avoid them. I’ve always gotten on with those guys. 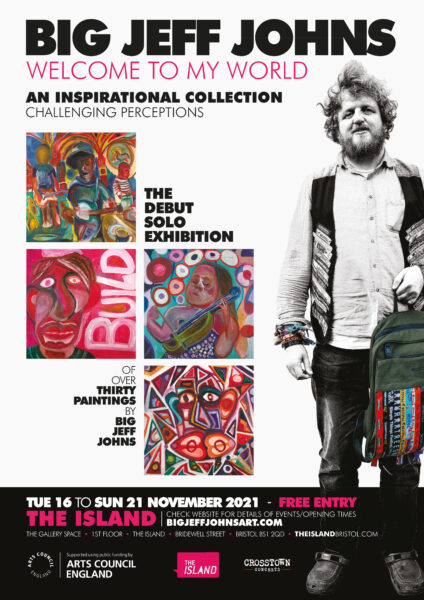