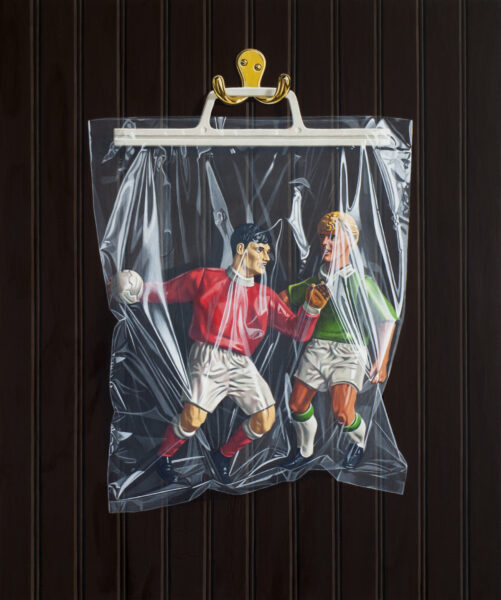 In our twelfth Artist Series edition we’ve collaborated with realist painter Simon Monk on a front and back t-shirt featuring two paintings. “The piece with footballers in a bag is from a time when I was interested in the idea of leisure and the differing ways we approach it. This piece brings together the ideas of shopping and sport but the aspect that I like now is the way that this dramatic, fleeting moment of the football tackle is frozen forever in plastic and sealed in a bag. I’m not entirely sure why I should find this so satisfying but there it is. The other image of the crumpled paper with the eyes, nose and mouth torn out was the first piece in a series that never happened and I honestly can’t remember what I was thinking about when I made it. Looking at it now though, it makes me think of that horrible feeling of looking at a blank page when one has a blank mind, only in this situation the paper looks back at us with the same expression of horror.” 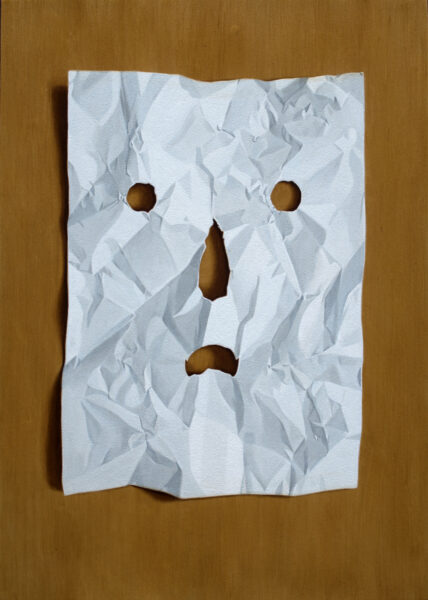 In our interview we talk about balancing his two key influences of pop culture and classical painting, providing the artwork for Black Country, New Road’s ‘Ants From Up There’ album and getting back to the subject matter that helped him achieve his initial success.

How did you get into making art?

As soon as I worked out, at the age of 5 or 6, that comics were drawn by human beings with pencils and pens just like the ones that I used at school, I knew that making art was the thing for me.

Since then art, in all its many and various forms, has provided me with everything I need to live my life, including an income. I followed the straight educational route through A levels, Foundation course and Fine Art degree then found myself teaching Art History in colleges for a number of years, my own work being left on the back burner. After a while I needed to get back to painting so I found a studio and rebooted my art habit – a few years on and now I’m a full time artist showing my work internationally. This boiled down account makes the whole thing sound smooth and easy – believe me it wasn’t. There were and still are lots of obstacles and problems to overcome but I think it’s the ongoing struggle that keeps you sharp and motivated. 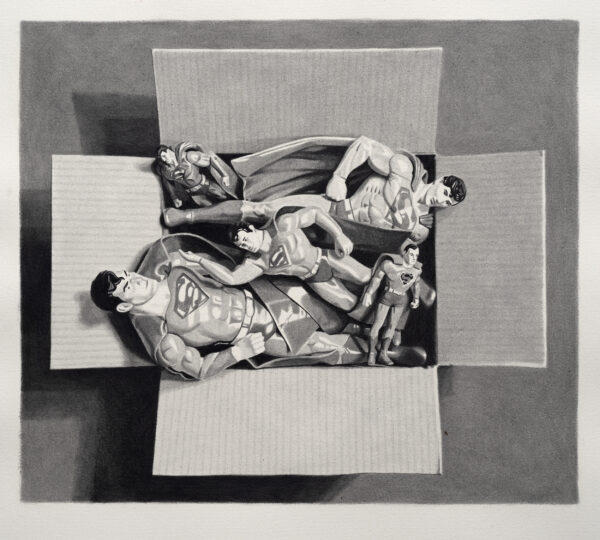 It was definitely the early 70s British reprints of Marvel comics that opened up the world of creativity for me. Jack Kirby’s ultra dynamic images of the Hulk and the Fantastic Four blew me away then and still do now. Around the same time I remember being fascinated by a pair of small framed prints in the waiting room of my local GP surgery. They were paintings of everyday people in domestic spaces by 17th century Dutch painter De Hooch and they provided me with a tiny window into the lives of people in other times and places, allowing me to think about my own life in a new way. These parallel influences of pop culture and classical painting continue to inspire me and in a lot of ways my work is an attempt to balance or reconcile these two seemingly contradictory worlds.

How do you go about starting a new piece of work?

I have lots of things to play with in my studio, mainly models and toys which I repaint and rearrange to provoke new ideas for paintings. This approach has been much more productive for me recently as my nature is to spend too much time in my head getting wrapped up in conceptual knots – playing with real things in the studio feels much healthier and gives me the surprises I need. Recently I’ve been working with lots of paper imagery – crumpled up, placed in envelopes and held in bulldog clips – but now I’m working again with objects in bags for the first time in eight years. It feels great to get back to the subject that helped me achieve my initial success. 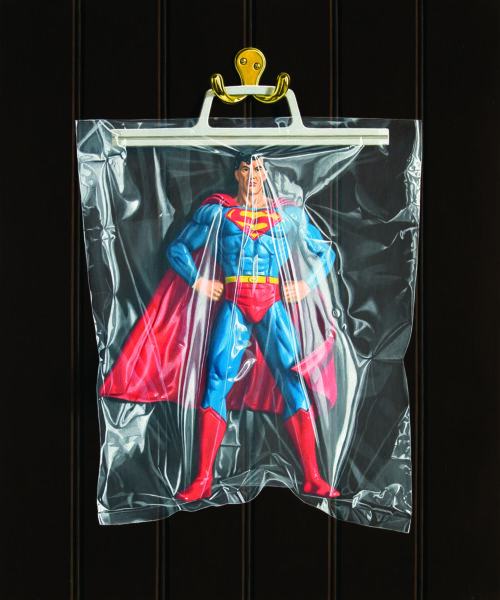 Does music influence your work in any way?

Although music is a massive thing in my life I tend to listen to podcasts and audiobooks when I’m painting. When I paint with music playing in the studio the feelings and memories that are stirred up affect me too much to focus on my work, whereas a good interview or film review podcast gives my mind something to fix on while my hands get on with the work. An odd phenomenon from the time that I did use to paint while listening to music is that sometimes, when I look back at the image after it’s long finished, I can still hear the music I was listening to while I was making it.

How did the Black Country, New Road collaboration come about? Your work is a brilliant accompaniment to their music.

I was contacted by Isaac’s mum, Rebecca, who is a special friend from my teenage years. She said that her son had a band who liked my work and would I be willing for some of it to be used on an album cover. I agreed of course and didn’t think much more about it until months later when I was contacted by manager Dan McEvoy and Ninja Tune and realised that BC,NR were the amazing entity that they are. The designers have done such a brilliant job with the album packaging and really shown my work in a great light. It’s been such a privilege for my work to be so closely associated with such an incredible band and a towering album. 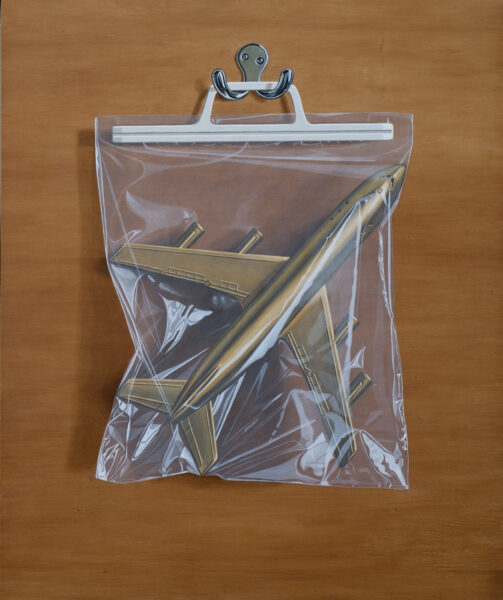 There are a few albums that I make a point of only putting on when I have the time to listen to them all the way through and ‘Ants From Up There’ is on that list so I tend to think of it as a single experience. If I was pushed though I’d probably have to pick ‘Concorde’ as there’s something about the way it builds and soars that pushes all my buttons.

Why did you make the decision to paint the compositions within your work in a realistic way and not use collage, photography or simply display the physical objects themselves?

Because we live in a world that is totally saturated with images it’s an unprecedentedly competitive environment for artists of all types. Why should anyone spend any time looking at a single image when we can simply scroll down, turn the page or turn the corner and see dozens or hundreds more? As a painter my only answer to this is to make my images slowly, carefully and as well as my skill levels allow in the hope that something of this effort comes through and a potential viewer may think it worth taking a moment and having a look. Essentially I think of the way that I make my paintings as a kind of invitation – I thought it was worth spending a long time making this image and I invite you to spend a bit of time looking at it and hopefully thinking about it. Whether that invitation is taken up or not is beyond my control so I just carry on and hope for the best. 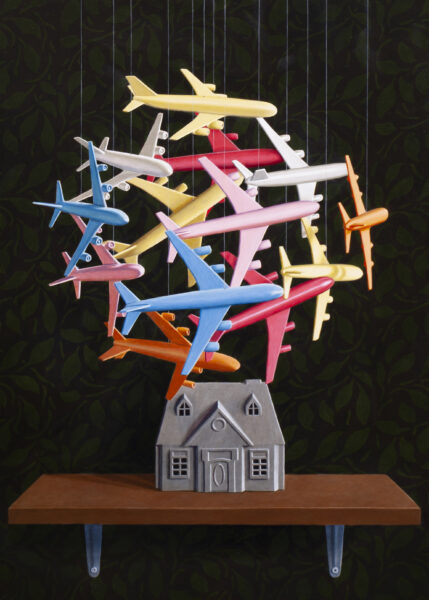 I like it best when people surprise me with their responses to my work and the further away they are from my own intentions the more I enjoy it. I’m not the sort of artist who has a big message to communicate, I’m more interested in asking myself questions about why I’m interested in certain objects and images. In fact sometimes I don’t understand what a particular piece was really about until a long time after its completion.

I don’t set enough store by my own opinions and views to want to force them onto others so I’m happiest for people to find whatever is interesting, revealing or simply entertaining for themselves in my paintings – as long as my work is engaging in some way I feel like it’s working. 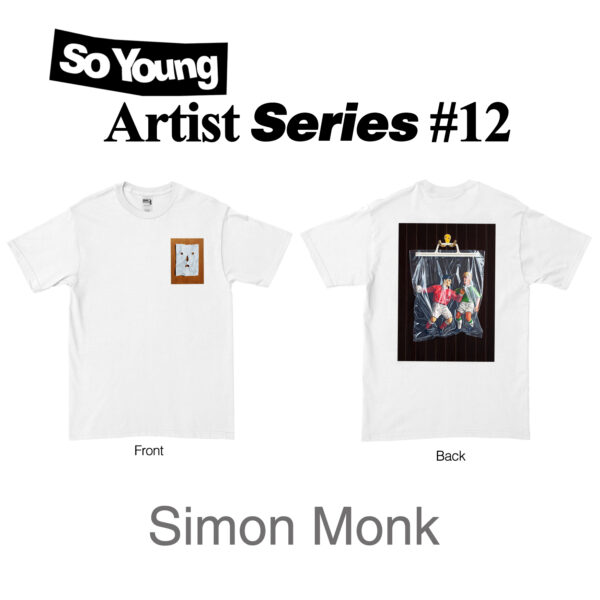 Why do you think your love of comics has manifested itself within painting and fine art as opposed to you becoming a comic book designer/illustrator?

Sometimes I wish I had studied illustration instead of fine art and followed a different route but as a student I was very interested in philosophy, poetry, literature and ideas in general and the freedom to explore these areas in visual terms was only offered in the fine art department so that was where I felt I belonged. I think things are very different now and there is more equality between the various art and design areas but I felt I needed maximum latitude to determine my own direction and at that time only the painting studio offered this. 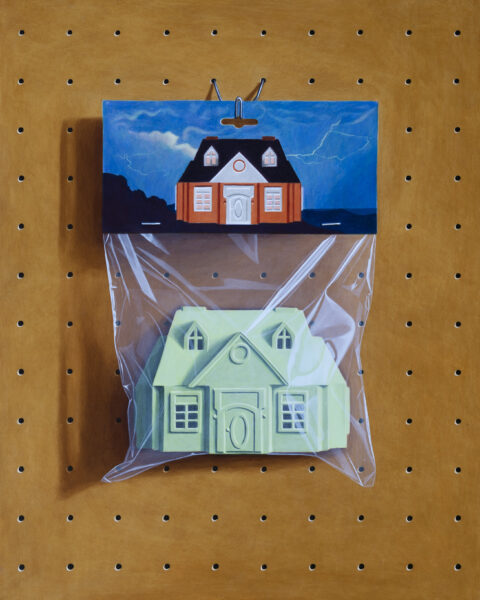 What can we expect to see from you in the near future?

Due to the lockdowns and the resulting lack of gallery shows and art fairs I find myself in the unusual position of having a good body of finished work in the studio. I’ve got together with some brilliant creative friends and we’re planning a show in Soho for late October where I’ll be showing at least thirty new pieces that haven’t been exhibited before. Watch my Instagram for more details and please come along and meet me. 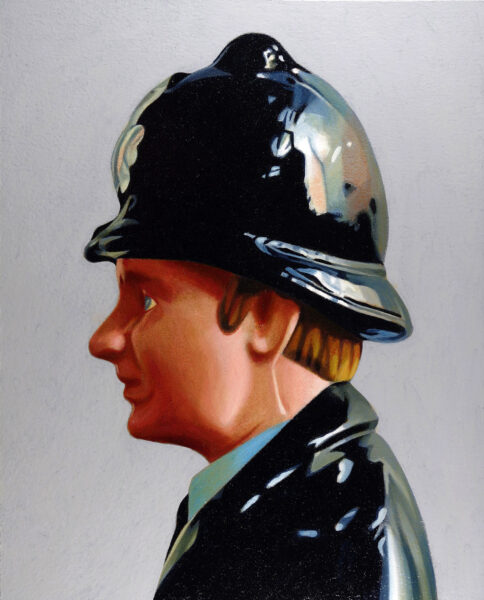 Simon Monk features in issue thirty-seven of So Young which is available to buy in print here. 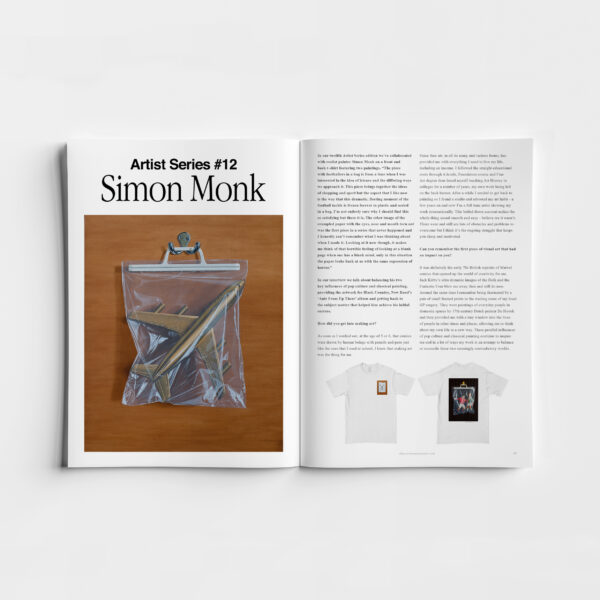 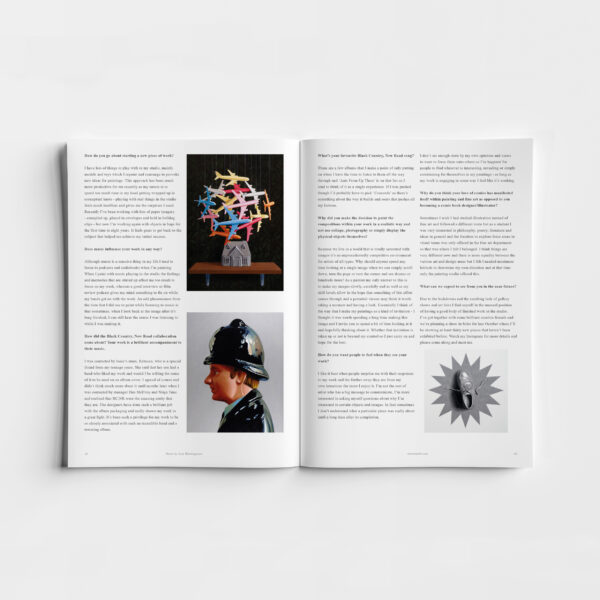