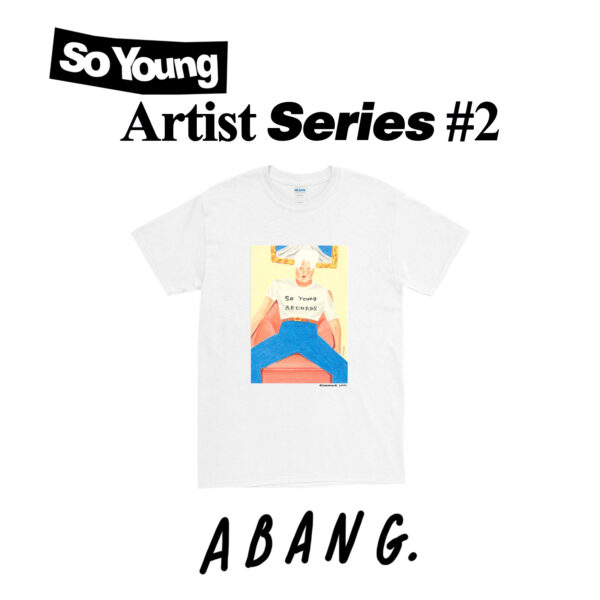 The So Young Artist Series is a new project we’re launching in which we’ll collaborate with some of our favourite artists and designers on one-off items of clothing.

In our second edition we collaborate with Seoul-based Illustrator, Abang. We were introduced to Abang’s work when she started drawing from some of our clothing collection shots. We fell in love with her work right away and thought it was only right to release a t-shirt featuring an illustration of someone wearing a ‘So Young Records’ tee. We recently caught up with Abang to find out more about her work.

How did you get into illustration?

Having drawn since I was very young. I used to make up stories, then tell them through drawing. After working as a designer for a large company in the Korean capital, Seoul, I later decided to do what I love best and make illustration a full-time career. It naturally became a job. 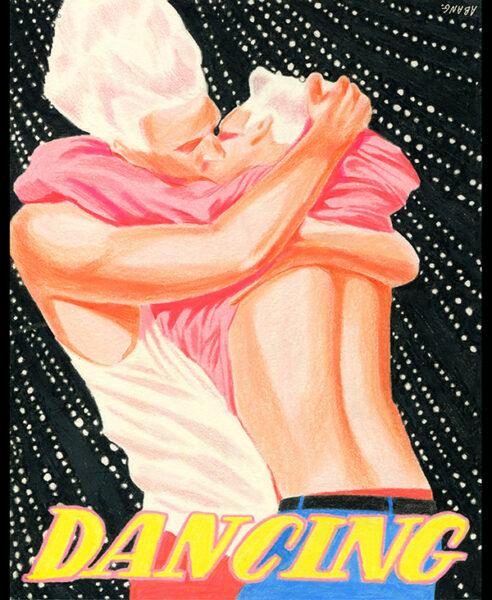 I often look for inspiration on photos, almost everyday. These days, I’ve been obsessed with unique fashion pictorials. Only one photo sometimes conjures up all the stories, on the other hand, I attempt to find many references for one illustration. Preferring pictures with strange points rather than pretty or well-organised images. A predominant aspect of my creative process is finding the right balance between imagination and reality in my illustrations. When an idea about how to organize a scene comes up, I sketch on a small piece of paper with a 4h pencil, and then move to bigger paper, colour with colour pencils and finish with photoshop.

Tell us about a typical working day

I work mostly by myself. I sit at my desk and I draw and I think. There’s me, my art supplies, my computer, and my teacup…. So it’s kind of me, me, me. Scheduling a day also focuses on me.

It’s very irregular these days, like other creators. I loaf around the house all day on days when I can’t concentrate, and sometimes I sit and work for 12 hours straight a day on days when my concentration is good. I usually like to stay home and plan what I have to do every day because I do so many things at a time. Ordinarily, I wake up, work, eat, drink tea, work, lie down, tea, work, play outside, work again and check the list what I have to do tomorrow before sleep. This is my daily routine. Well, it looks quite regular. 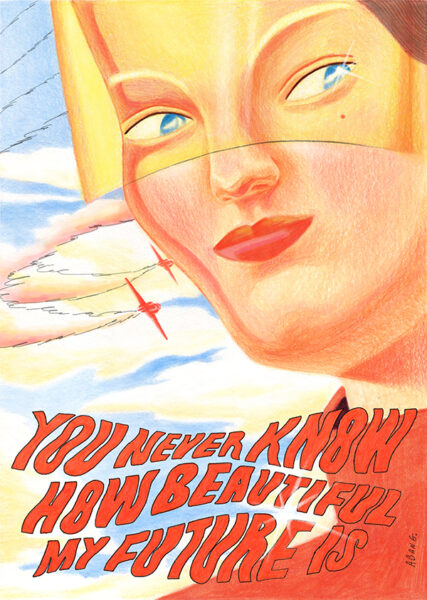 I don’t care how people feel about my work. I painted it when I was very depressed, but people felt warm when they saw it. People will feel and think the way they want to feel in accordance with their situation, Still, I hope my paintings will give positive energy to the audience.

Who’s work do you admire and why?

Henry Darger. His paintings have a very complex feeling. He has also unique and clear style and a signature visual language. Ostensibly, his paintings are bright and pure, compared to heavy subjects. It even looks classy to me. I admire his life more than anything else, because I’m always wandering between pure greed to express my own world in drawings and desire to be widely known in the world. 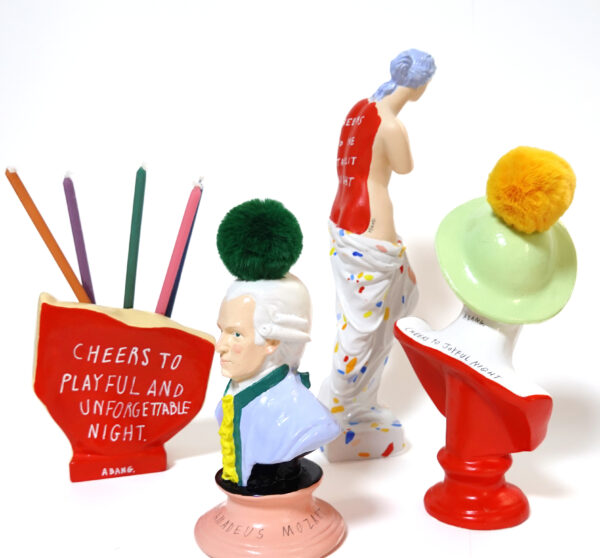 Does music influence your work at all?

Of course it does. One day, a musician’s songs and lyrics were so touching that I had to draw without breathing for 6 hours. Actually, painting is the easiest way for me to express my feelings, but music moves my emotions more easily than painting. So, the flow of music often changes the flow of my work.

Definitely Cadejo, the band based in South Korea. There’s my favourite guitarist. It was born in 2018 and is a band that combines various genres. Whenever I want to be stimulated, I watch Cadejo’s live performance. Their live show is awesome and much better than just listening to the songs. One day, after I watched their show, I had an unexpected lip piercing~~ Their performances and music always make me do something. 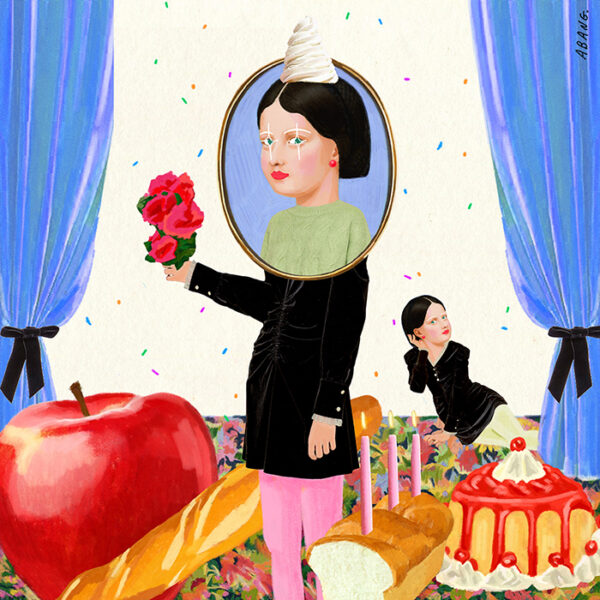 Please tell us a little about the design on our Artist Series T-Shirt… What made you start drawing from the So Young photos?

I like all the pictures on So Young Mag’s instagram feed. I don’t know why, but they have my favourite mood and something gripping. The way they introduce someone is also cool. Meanwhile, some people in photos who have strong eyes were so eye-catching. (I’m greatly inspired by the eyes of the model.) And also I was particularly interested in the character “Soyoung Magazine or Soyoung Records”, so their photos that people in So Young Tees were very good inspiration to me. 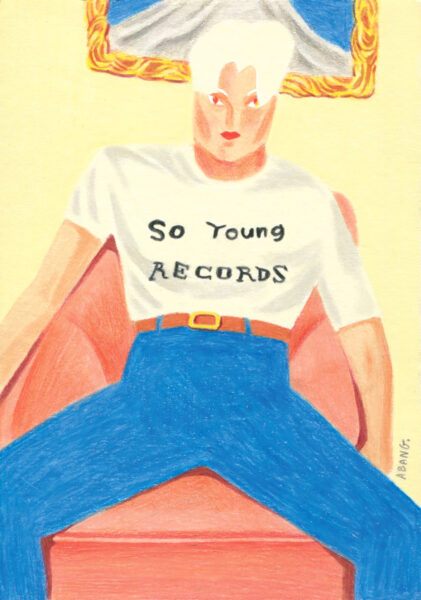 I illustrate diverse people. I find those who are most ardent to their life to be the best subjects for my drawings. I want to continually build my visual identity through portrait series and expand in this illustration field. I can’t say I have a specific plan for the near future, but the goal for 2020 is to being a leading illustrator in portraiture – for people to identify my portraits as “abang-esque.” My intent is to showcase these illustrations through various media platforms.