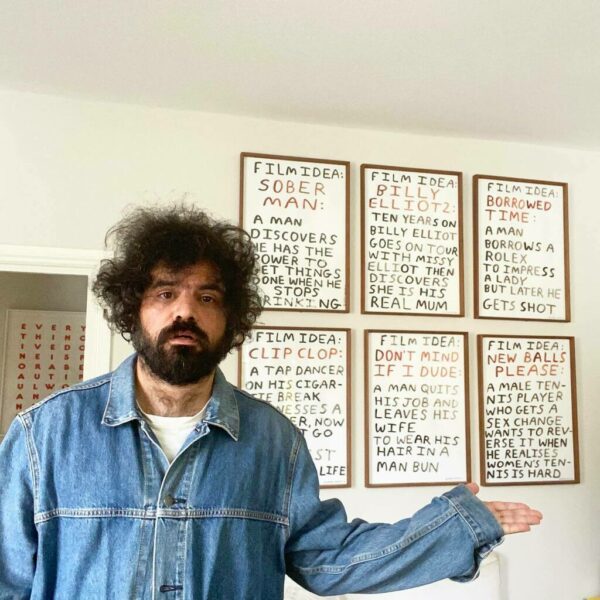 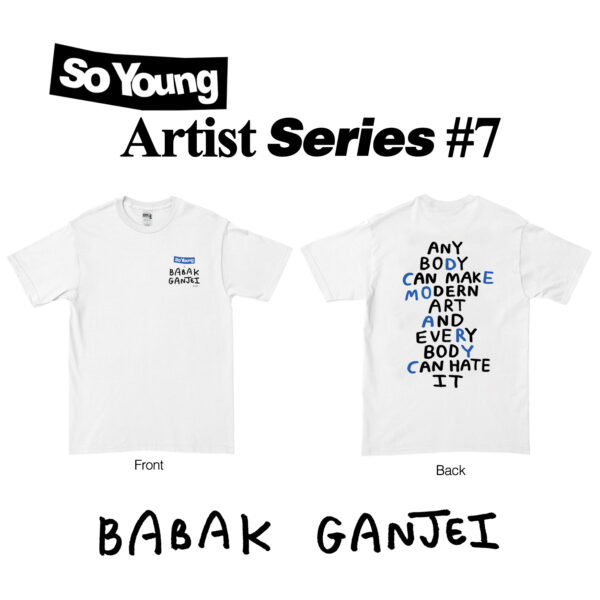 In the seventh edition of our Artist Series, we’ve collaborated with artist, Babak Ganjei on a new t-shirt which is available for the limited time of two weeks.

“The blue words are an anagram for the word Democracy, something that seems to be diminishing in Western politics and I guess it’s a reminder that it still exists in Art. Sure there is an institutionalised pathway within the Art world but it doesn’t stop anyone picking up a brush or a pen or an instrument and making a mess… just don’t be scared of the abundance of negativity that may greet it.” We caught up with Babak to look deeper into his creative process. 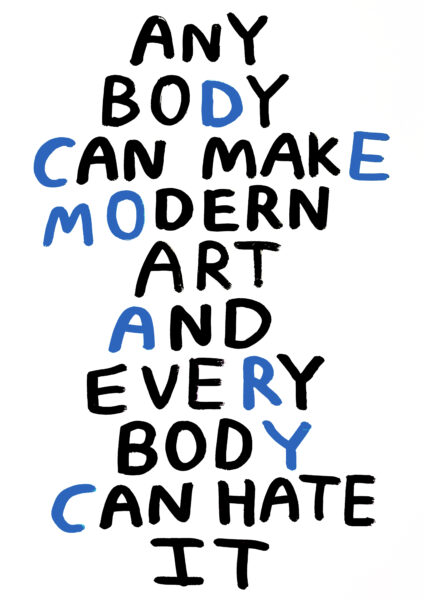 How did you get into making Art?

I was always making Art as a kid. It’s very much in my family background, I grew up in London around a lot of Art, then we moved to Bournemouth and that’s when it became clear that Art might be more than just a picture and actually a friend and your coping mechanism. So as soon as Art school was an option I was back to London and at Saint Martins, where the plan was to start a band but it didn’t happen there. Just ended up doing the Art.

How do you go about starting a piece of work?

I always used to say I wanted to get to a point where just walking around Sainsburys would be my Art. I’m a bit confused because after about twenty years it seems to be working and I didn’t have a plan for it working. Basically, I operate (like maybe we all do) as if I’m in my own sitcom. Every now and again moments in the day poke out at me and somehow that will become the thing that carries the work. It’s all very immediate though. I basically make it as it happens and document it straight away. So, anybody who follows me on something like Instagram is getting a very unfiltered picture. I may go back and change things later but it’s almost like the work and the process of making it are the same thing.

There are definitely times where I have written one of the Film Ideas and in some rush to get it posted out realised the wording could have been much better, but I seem to have to operate on this honesty… I’m not sure why I feel its important things are shared in the moment, nobody is waiting. This total honesty approach is also really bad for dating. Nobody wants a list of your flaws, on arrival. Yet stubbornly we keep going. 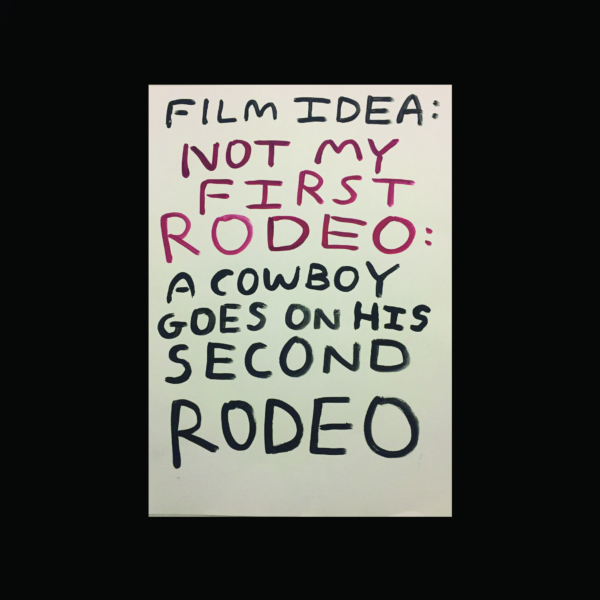 Tell us about a typical working day…

not every day is the same but this is close

Particularly in reference to your work from over the last few years, is there a constant inner monologue of potential ideas that could be turned into your handwritten works or do they come to you out of nowhere?

At the time they can feel like they come from nowhere, but then with some distance you can join the dots. I once said it to a friend and it’s my smartest quote “life is the art the rest is merch”.

Whose work do you admire and why?

​Being a teen of the 90’s Raymond Pettibon’s work is so important to me his work is so synonymous with the music I was listening to and the scene I aspired to be part of. I loved the mess and just the abundance of work and the ink and the immediacy and energy of it all. Then there was the comedian Andy Kaufman and his dedication to comedy and really pushing a joke as far as it can go, and Charlie Kaufman for his acute understanding of how depressing everything can be.

What role does music play in your work?

Music is vital….it’s the soundtrack to the meta sitcom, and it can also totally dictate where the work is going. 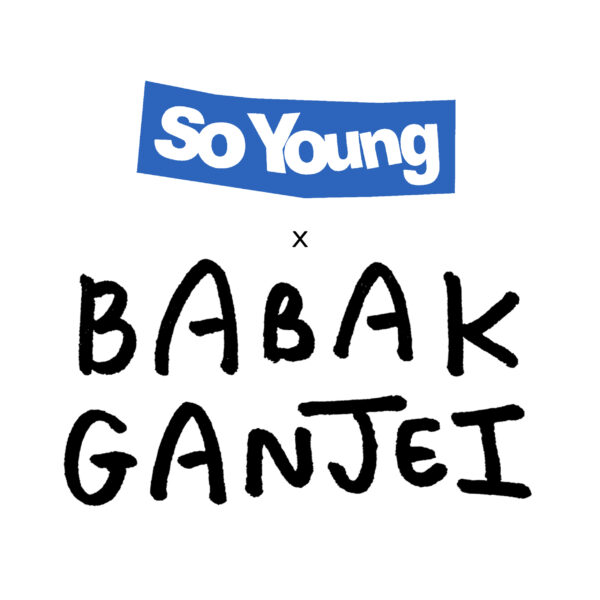 There was this Dutch band on Sub Pop called The Homesick I was enjoying their new album, and the Crack Cloud one. Pregoblin. Wesley Gonzales new album soundtracked my early Lockdown attempts at becoming a professional jogger.

What can we expect to see from you in the near future? There’s whisperings of a new musical project…

Yeah it’s important for me to keep moving in different directions. I haven’t played in a band for almost ten years, and I don’t have tinnitus so it’s important I go back and finish the job. I’ve done much better within the world of music since I stopped writng songs so maybe it will put an end to the name I made for myself over the last few years but my brother has a studio down the road from me, it will be fun to work with him, my amp is there, I miss pressing my pedals so it seems to make sense, but to throw people off track I’m also writing a kids book.