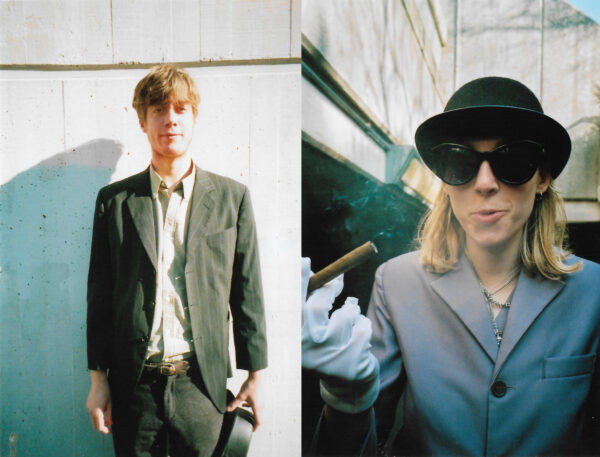 It’s said in musical folklore that John Lennon felt “inadequacy” upon writing the song ‘Jealous guy’. Encapsulating the early days of his marriage to Yoko Ono, it portrayed Lennon as a nice guy who felt insecure, in perhaps too empathetic a light – In the context of 2019, its the uncomfortable listen that it should’ve been upon release. With their own contrasting track of the same name, London group Sorry envisage the foreboding and undesirable personality that really lingers within, shining a stark light on the intensely hidden nature of jealousy and the treatment of Ono in such misconstrued circumstances.

“I’m a gentleman, but I don’t want to see your gentle hands on anybody.” Asha Lorenz utters as an eerie yet far too enrapturing hook lingers disquietly. It quickly hints at the distorted perception that desire for possession is a likeable trait for the “nice guy” to inhabit, Asha and Louis O’ Bryen unperturbed as they pierce the vast, fragmented sounds that wallow within the atmosphere.

It’s a striking and provocative stab at the stale and offensive traditions of affectionate songwriting, making a rightfully revealing example of those at the forefront, all with pleasingly precocious subtlety.

Sorry support Fat White Family on tour in May, starting with Southampton at The 1865. You can get tickets for that show and the rest of the tour here.