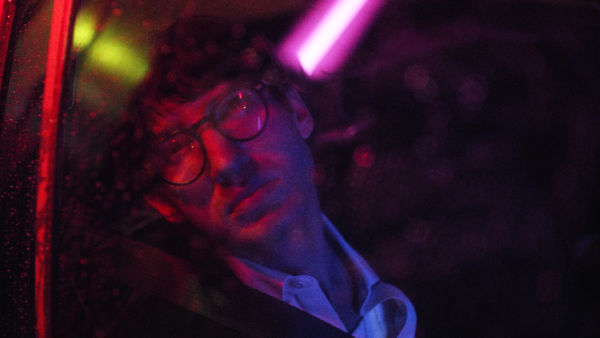 Grab your car boot sale bought, hand-held camcorder and get ready to ride with London based Spector. Hazily sober-cruising like the designated drivers of their own genre, the five piece have released their latest single ‘Half Life’ with video accompaniment and it’s a one-man cab tour through late night wistfulness but with added upbeat consistency.

Taking a slight detour via a healthfully synth-ed up re-working of early 2000’s sad sophistication, (minus the rainy clichés), ‘Half Life’ is characteristically conflicted in its approach to ‘you’ll have a good time’ persuasions. Creating a vocally stiff but atmospherically sparkly sprawler with thanks to some relentlessly dizzy keys, it’s another hit from a band who demonstrate glum indie disco to dance to like goddamn blue denim jacket don-ers of the night.

“Does it feel like there’s something you’re missing?” is the question on frontman Fred Macpherson echoing lips of auto-tune. A societally relatable hammering with an air of quite cool adolescence pre-minor mid-life crisis, Spector have convincingly given us all reason to go out and meet the world tonight if but in the backseat of a car.