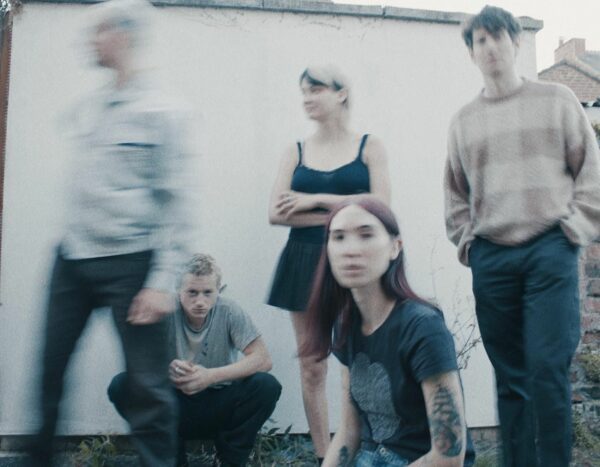 Don’t be fooled, this isn’t the second coming of that famed math-rock band from Louisville, Kentucky, whose seminal Spiderland is a source of inspiration for your favourite post-punk band. This is something much more exciting; ‘Military Procedures’, the debut single of brand new Nice Swan signees: Splint.

Whilst Splint may be a new formation, the band features several familiar faces- such as Henry Carlyle of Orielles fame, alongside former Working Men’s Club members Jake Bogacki and Giulia Bonometti. Finally following up their striking live performances, within half a minute Splint match the anticipation that has previously surrounded their label mates Courting, Saloon Dion and Opus Kink.

‘Military Procedures’ is a belter that’s as tight as it’s drawn out. Whilst there is definitely military precision at play here, on the spectrum between groovy and angular, Splint aren’t in the middle, but at both ends at once. Listening to this track is like driving one of those fashionable old timers that is constantly speeding up, and slowing down again, never really getting stuck in one particular gear.

The feeling their music evokes, fits rather well with the message ‘Military Procedures’ conveys; one of being stuck between youth and maturity, not entirely feeling comfortable with one or the other. ‘Military Procedures’ is in essence a song about the confusion of adolescence, and the acceptance of your own failings; each of which lead you to the “circumstances you find yourself in”, says Bogacki, whose impassioned vocals are only one of the reasons Splint have succeeded in creating a debut single that’s over five minutes long, and doesn’t become boring for a second. Quite the feat.