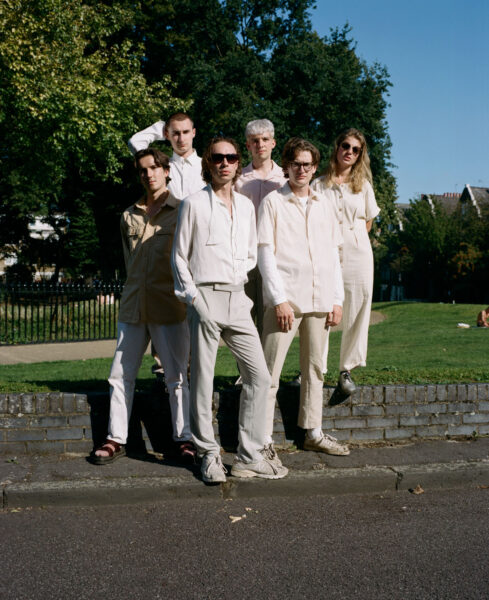 We have it under pretty good authority that Sports Team are certifiably smashing it right now.

The first night of their UK tour in Bristol on Sunday was a wash of sweaty bodies and euphoria. The intensity and unity palpable in equal measure as Ricey and the gang laid out their mission statement for their audience to lap up. That night, among the crowdsurfing and sing alongs, they introduced ‘The Races’, a bright and blaring new single that immediately felt like a vital cog in the foundations.

Now having released it, the track’s unwavering power is even more evident – Ricey is practically frothing at the mouth as he vilifies an unprogressive Britain in his famously and humorously antagonistic way. The track itself feels weightier – a mark of the progression in sound they’ve made even since ‘Keep Walking!’- creating something bolder and even more direct than before while keeping the irreverent charm that’s making them so popular in the first place.