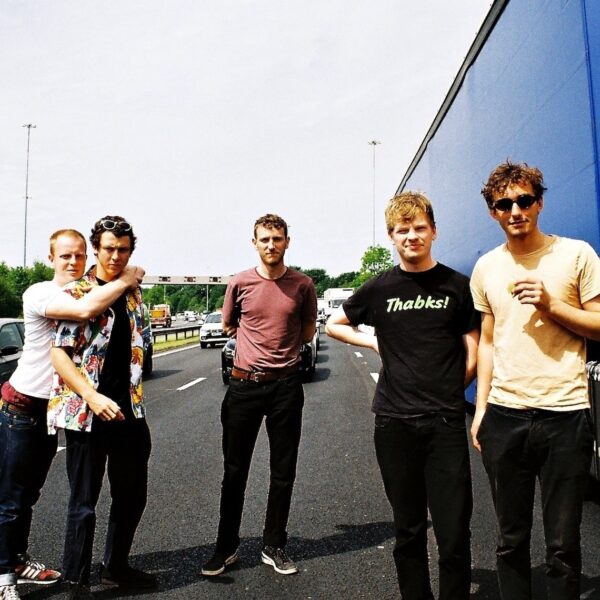 “One of the most exciting things about being in Squid is I have no idea what type of music we are going to make next” explained Anton Pearson, one of the five figureheads that have formed the ever-progressive and evocative group. With new single ‘The Cleaner’, the first taken from their debut EP ‘Town Centre’, you can’t see that excitement dying down anytime soon, the band crafting a seven-minute sporadic jive through eerie funk and brooding existentialism that bleeds as an anthem.

As far as leading introductions to next chapters go, ‘The Cleaner’ is a comprehensive and confidently encompassing example – the abrasive eccentricity and seamless florescence into different phases showing Squid will never sit in one place long enough to allow you to become truly comfortable.

That’s not to say ‘The Cleaner’ isn’t another hugely accessible piece. Ollie Judge spits quick-fire quips within the verses, by the end barking “I’ve been working extra hours so I can dance” with so much bile and resentment it’s almost strange how enrapturing it is. The chorus, all driven reverb and Louis Borlase’s sullen verbosity – “I’m the cleaner and yes, I can sweep that shop” – is a surprisingly clear and focused take on the muddle and frustration that builds in having to balance work and pleasure, the band’s intense focus a pleasant reprieve from the modern headache. This is all before a cataclysmic pile-on, another quick and unsuspecting turn from a group that none of us really have any idea of where they are headed to next, but want to be on it every step of the way.

Squid are on the cover of Issue Twenty-One which you can read for FREE online here. You can also buy in print here.