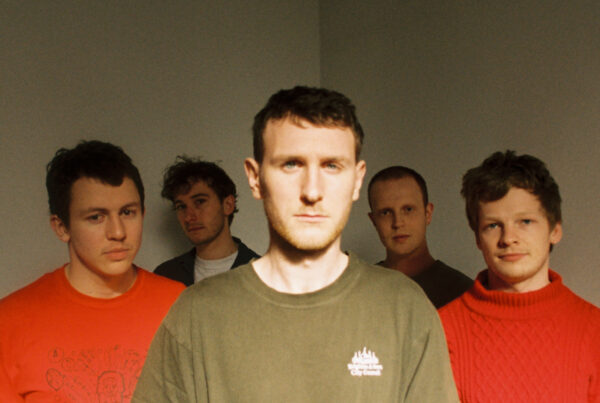 Interest in the jarring juxtaposition between the natural and technological has blossomed as quickly as advances in applied science have developed.

Our very balance of reality and the virtual now blurs into its own microcosm, defining itself from its very origins with perhaps unsettling and uncontrollable evolution. With ‘Broadcaster’, Squid traipse through exaggerated conceptions of these ideas – creating their own world of exploration with absorbing conviction.

‘Broadcaster’ notions towards a sense of unease and unknowing, elongated, looping passages fizz like static as the aforementioned world expands on itself, flowering uncontrollably whether we truly understand it’s cause and effect. Ollie Judge immerses you into this world he’s made for himself, while not being entirely sure on the true stability of his own interpretation. As he bellows with more and more self-doubt, as if shouting into a cove without hearing your own echo, the only tangible conception we can take is this world will evolve, whether we like it’s state or not. As it escalates dramatically into a rich cornucopia of sounds, everything suddenly snaps into iridescent silence – coaxing you back in once again in search of further understanding.

This is how Squid have truly grown into their own – while they are shrewd purveyors of timing and temperament, they also never allow you to settle by never establishing what’s to be expected.