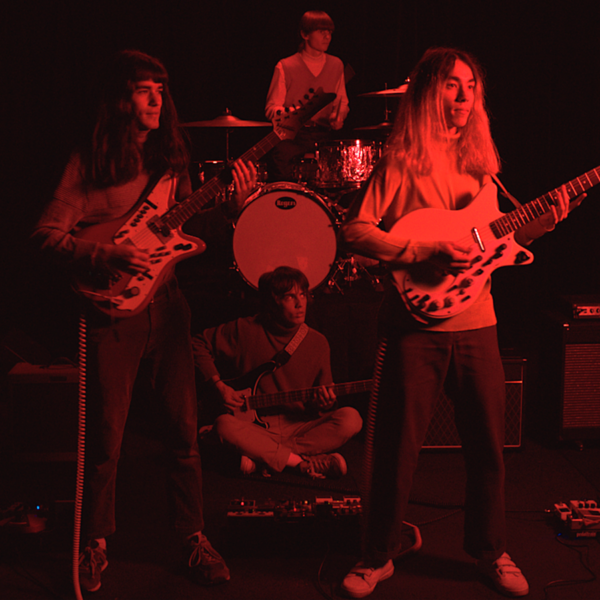 The going’s gone full Gianni A. Sarcone as Sydney’s The Lazy Eyes share ‘Where’s My Brain???’- the first single taken from their forthcoming ‘EP2’.

Having festered a live reputation for cosmically concentrated osmosis, The Lazy Eyes are well and truly seeing stars, and ‘Where’s My Brain???’ is what you get when you cross the Microtonal with all the experimental wistfulness of ‘Comet in Moominland’; an airily sprawling, 7-minute storm of existential blizzardy, and a smattering of semi-settled subconscious.

Whilst some are forced to look inwards to uncover their true calling, it’s in the company of The Lazy Eyes that the need for an internal voyage freak-out makes sense. Having a third-peeper may help a space cadet stare straight down the barrel of a kaleidoscope, but if you don’t know where your brain is, things can get a bit instrumentally chaotic.

In combining three dimensional familiarities with intuitive psych-development, like a cosmic shape-sorter where the end goal is to piece blocks of euphoric-electrolyte into the moon’s craters, ‘Where’s My Brain???’ is an amalgamation of all things bright-eyed and hurtling-ly trailed. The Lazy Eyes are steadfastly ones to watch out for.